There may be nowhere else in the country that has experienced such a mass influx of wealthy people than South Florida, which boasts a low tax burden, an open-armed mayor, a subtropical climate, and, throughout the pandemic, little social-distancing oversight from Gov. Ron DeSantis.

From PayPal cofounder Peter Thiel to Goldman Sachs managing director Douglas Sacks, so many "big-money migrants" have moved here throughout the pandemic that New York magazine has dubbed Miami Little Manhattan. In fact, the fastest-growing Zip Code in Miami-Dade County also happens to be its richest.

In the Forbes 400 list of America's wealthiest people released last week, no fewer than ten of the nation's richest billionaires are reported to be living in the Miami area. That's one more than last year's nine Miami megabillionaires.


While that might not seem like a significant increase, it should be noted that the rich are getting so rich that the Miami billionaires who typically frequent the list are no longer rich enough to make the Forbes 400. While Norman Braman (worth $2.8 billion last year) and Philip Frost ($2.5 billion) are certainly still billionaires and live in Miami, they're on the poor end of the city's expanding billionaire spectrum, and for the first time in years didn't make the top 400.

No worries; in their place are new billionaires. The list includes two new faces: Orlando Bravo and Fred Ehrsam.

(Though he's reported to be living in Seattle these days, the richest billionaire in the country, Jeff Bezos, is actually a Miami boy who graduated from Miami Palmetto Senior High School. He's now worth $192 billion.)

While the COVD-19 pandemic has upended the nation's workforce, Forbes reports that "the 400 wealthiest Americans saw their collective fortune increase 40 percent over the last year," and that nearly everyone on the list is richer than they were a year ago.

Without further ado, listed below in descending order (because the wealthiest always get to be on top) are Miami's ten filthiest-rich billionaires.

Considered one of the greatest hedge-fund managers of his generation, David Tepper has managed as much as $20 billion with his firm, Appaloosa Management. According to Forbes, that number is closer to $13 billion these days. He founded Appaloosa back in 1993, after being passed over for partner at Goldman Sachs.

Folks think the 64-year-old might be making a more permanent return to South Florida. He purchased a Palm Beach mansion for $68.4 million back in February. He also owns a $10 million Miami Beach condo near Appaloosa's office in South Beach.


He's ranked as the 49th-richest billionaire in the U.S. 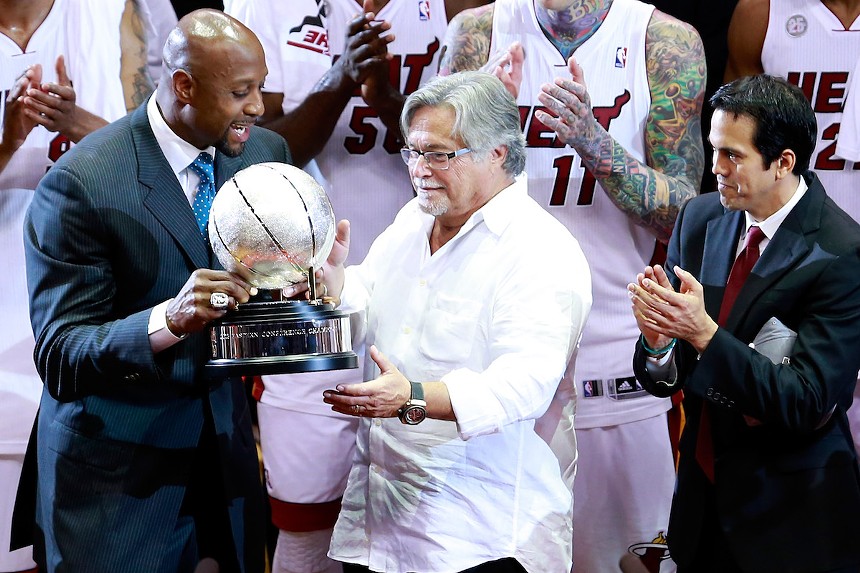 Arguably the University of Miami's (UM) most successful dropout, Micky Arison is the son of Ted Arison, who founded Carnival Cruises in 1972. The family immigrated to the United States from Tel Aviv when Micky was a kid.


After dropping out of UM, Arison started out as a sales rep at Carnival and worked his way up to CEO. He's credited with growing Carnival's fleet from two ships to more than 100 before stepping down in 2013.

In 1995, Arison purchased the Miami Heat basketball team. He lives in Bal Harbour.

He's ranked as the 141st-richest billionaire in the nation. 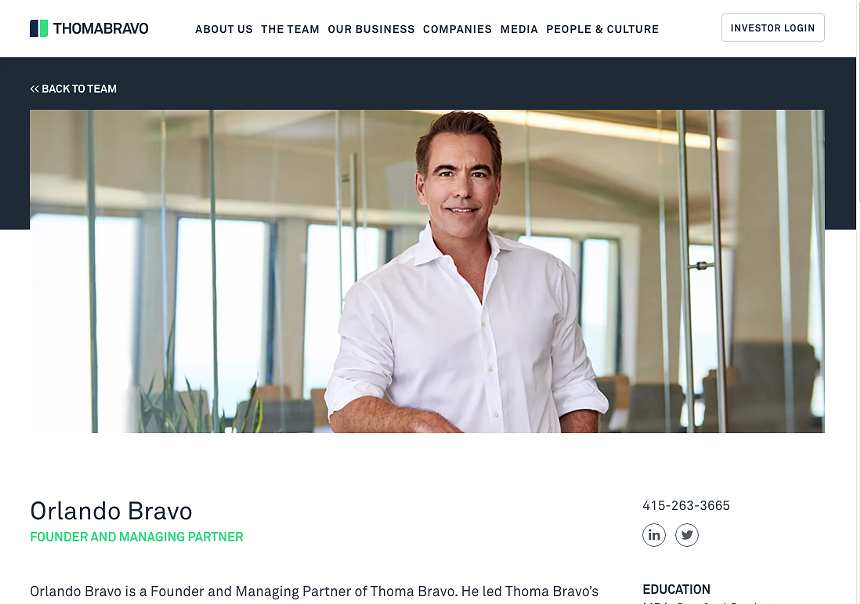 Bravo was born in Mayaguez, Puerto Rico, and according to Forbes became the first Puerto Rico-born billionaire in 2019. His father and grandfather worked with tuna-fish factory ships in the Port of Mayaguez.

Bravo attended Brown University and Stanford, earning a law degree and a master's in business administration at the latter.

In 2008, he created Thoma Bravo, a leading private equity firm in the tech and software sectors where he is the managing partner. In October of 2020, the firm reported that it manages more than $70 billion in equity, with offices in Miami, Chicago, and San Francisco.

After Hurricane Maria struck Puerto Rico, Bravo raised $25 million to help the island and organized regular airlifts and shipments of food, water, and other supplies. He donated another $100 million to the Bravo Family Foundation's Rising Entrepreneurship Project in Puerto Rico.

In January 2021, Bravo and his wife, Katy, purchased Phil Collins' former bayfront residence in Miami Beach for nearly $40 million. It's listed as their primary residence. They submitted plans to demolish the property and build an entirely new residence, detached staff quarters, and a third structure for home offices and guest suites.

He's ranked as the 158th-richest billionaire in the country. 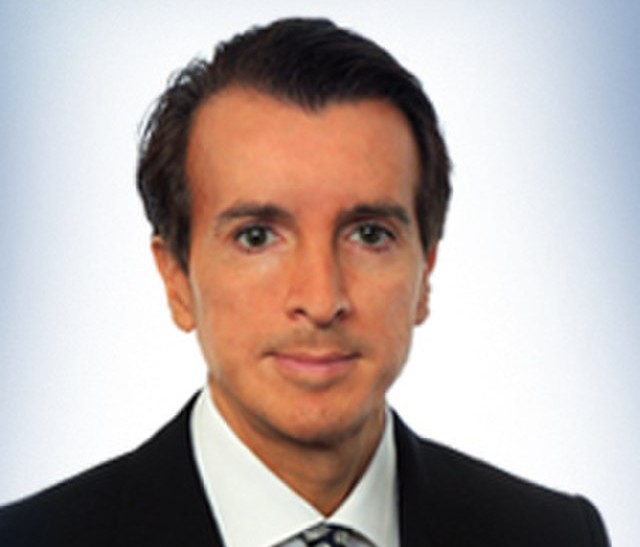 Back in 1993, Sami Mnaymneh cofounded H.I.G. Capital, which is headquartered in Miami. The private equity firm manages $45 billion and maintains offices in multiple cities in the U.S., Europe, and South America.

Prior to H.I.G., Mnaymneh was managing director at Blackstone and vice president of mergers and acquisitions at Morgan Stanley.

He appears to keep a low profile and little is known about the 61-year-old's personal life. Something of a wunderkind, he graduated first in his class at Columbia University in 1981 and later earned an MBA and a law degree from Harvard.

Barry Sternlicht is chairman and CEO of Starwood Capital Group, a private equity firm focused on global real estate, hotel management, oil and gas, and energy infrastructure. According to Starwood's website, the 60-year-old has managed more than $195 billion in investments over the past 30 years.

Forbes reports that Starwood Capital has $95 billion in assets, which makes it one of the world's biggest real estate investors.

He's a graduate of Brown University and Harvard Business School and is married with three children. He resides in Miami Beach.

He is ranked as the 247th-richest billionaire in the U.S. 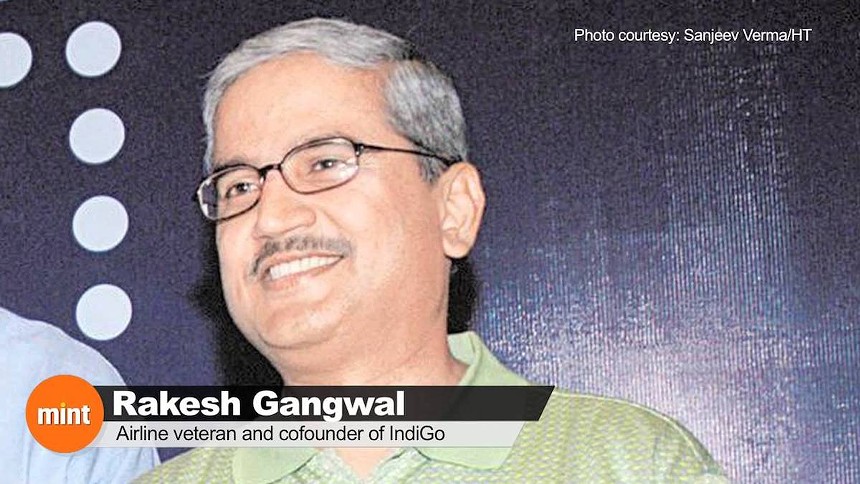 Rakesh Gangwal has been working in the airline industry for 37 years, beginning his career at United Airlines and then became chairman and CEO of US Airways Group.


In 2006, he cofounded the Delhi-based budget airline IndiGo, which is now India's largest airline by passengers and fleet size. He's co-owner of IndiGo's parent company, InterGlobe Aviation. Forbes reports that Gangwal owns 37 percent of the company.

In 2015, he and his wife, Shoba Gangwal, purchased a $30 million waterfront home on Indian Creek Drive in Miami Beach.

He ranks as the 253rd-richest billionaire in the country.

In 1994, Daniel Och founded Och-Ziff Capital Management, a publicly traded hedge fund, with the three sons of publishing tycoon Bernard Ziff, Jr. At one point, the firm was considered to be one of the biggest in the world, with $42 billion in assets under its management.


Och-Ziff was later linked to a $150 million investment that helped Zimbabwean dictator Robert Mugabe, along with paying bribes to officials in Libya, Chad, Niger, Guinea, the Democratic Republic of Congo to secure mining rights. The Securities and Exchange Commission (SEC) fined the firm $412 million.

This led activists to protest outside Och's Manhattan apartment building, labeling him the the "King of Wall Street Sleaze."

Och stepped down as chairman in 2019 and Och-Ziff changed its name to Sculptor Capital Management.

A graduate of the Wharton School, Och is a collector of modern and contemporary art and enjoys skiing and history. He has given more than $400 million to his charitable foundation.

He founded and runs Willoughby Capital, a growth equity investor that includes Robinhood, Instacart, and Coinbase in its portfolio.

He's ranked as the 261st-richest billionaire in the country. 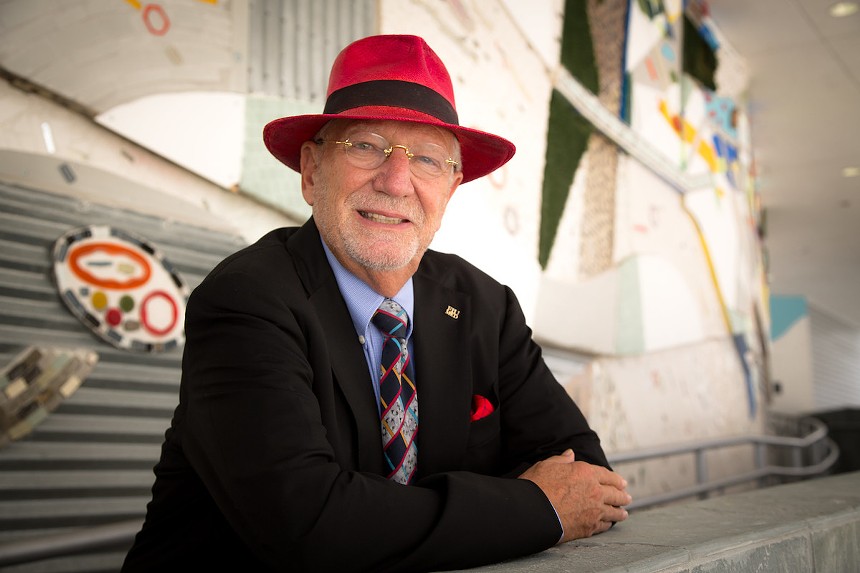 
With his trademark bright-red fedora, Herbert Wertheim is without a doubt the most adorable billionaire on this list.

In a profile of Wertheim published in 2019, Forbes called the now-82-year-old self-made billionaire "the greatest investor you've never heard of." It details his rise to the top.

The son of Jewish immigrants who fled Nazi Germany, Wertheim struggled in school with dyslexia and truancy. He grew up in the apartment above his parents' bakery in Hollywood, Florida. He became an optometrist and an inventor, holding a handful of copyrights and patents, including an eyeglass tint for plastic lenses that would filter out and absorb dangerous UV rays.

He generated most of his wealth by investing in stocks like Apple and Microsoft during their IPOs decades ago — and holding on to them. He's the largest individual shareholder of Heico, an aerospace company based in Hollywood, Florida.

Wertheim has vowed to donate at least half of his wealth as a signee of Bill Gates and Warren Buffett's Giving Pledge. He has given $50 million to Florida International University and committed another $50 million to the University of Florida.

Wertheim lives with his wife, Nicole Wertheim, in a $16 million oceanfront home in Coral Gables.

He is ranked as the 289th-richest billionaire in the nation.

Ehrsam credits playing World of Warcraft as a kid for teaching him the concept of digital currencies.

He graduated from Duke University and worked as a trader for Goldman Sachs before cofounding Coinbase in 2012. He appeared on Time's 30 People Under 30 Changing the World in 2013 and Forbes' 30 Under 30 list. Coinbase is now the largest U.S. crypto exchange in the U.S.

In 2017, Ehrsam left Coinbase (though remains on the board and owns 6 percent of its stock) and cofounded the cryptocurrency investment firm Paradigm in 2018.

Forbes reports that the 33-year-old lives in Miami.

He is ranked as the 333rd-richest billionaire in the country. 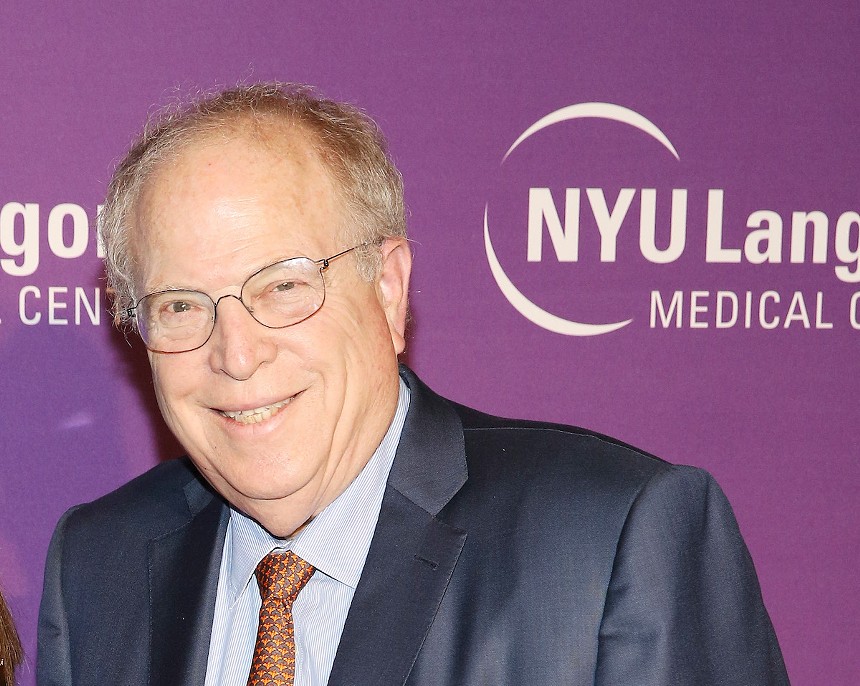 William Berkley was only 11 when his father died, but in Leader's Edge magazine, he credits his late father for teaching him about the value of investing. Berkley began investing when he was 12.

His wife, Marjorie, was his secretary when he founded his commercial insurance company, W.R. Berkley Corporation in 1967 with only $2,500 while attending Harvard Business School. The company went public in 1974 and now operates in 60 countries.

Though still chairman, Berkley stepped down as CEO in 2015. His son, William Robert Berkley, Jr., is president and CEO now.

He is ranked as the nation's 377th-richest billionaire.
KEEP MIAMI NEW TIMES FREE... Since we started Miami New Times, it has been defined as the free, independent voice of Miami, and we'd like to keep it that way. With local media under siege, it's more important than ever for us to rally support behind funding our local journalism. You can help by participating in our "I Support" program, allowing us to keep offering readers access to our incisive coverage of local news, food and culture with no paywalls.
Make a one-time donation today for as little as $1.