Famed Miami Strip Club King of Diamonds Has Been Evicted 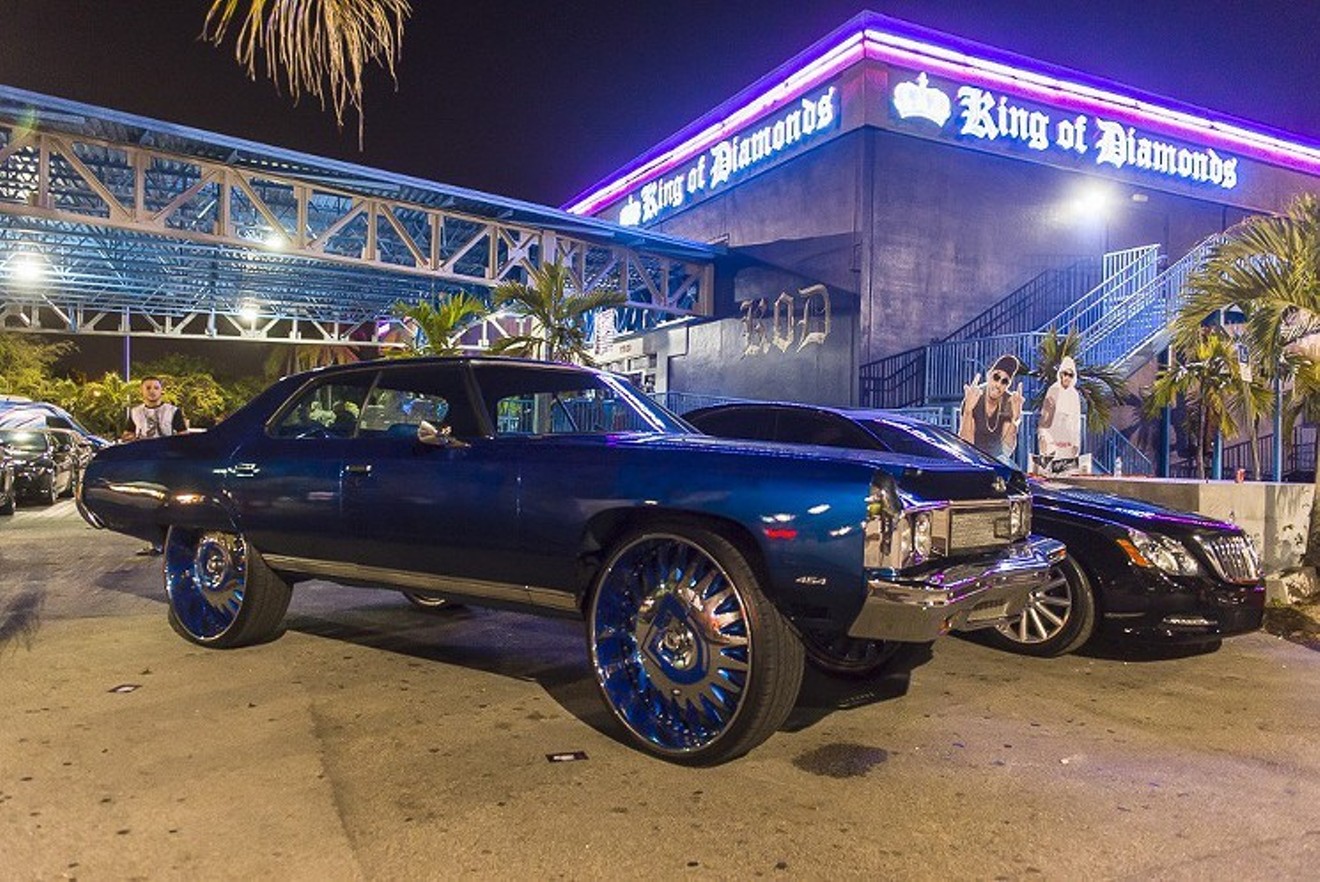 Cars sit outside the strip club King of Diamonds. Photo by Alex Markow
Miami's King of Diamonds is, quite possibly, the most famous strip club in America. It's a blue-neon-lit beacon on the side of I-95 where TV star Blac Chyna danced. KOD, as it's informally known, has been referenced in countless rap songs. It regularly showed up in hip-hop videos. But as of this month, the club is basically no more: It was sued for foreclosure in August 2017, and now, according to court documents New Times has obtained, the club was ordered evicted November 1.

The documents show that on October 18, King of Diamonds was ordered to pay its court-appointed receiver a lump sum of $305,000 plus additional payments of $85,000 the first of every month thereafter. On November 1, the receiver, Kenneth A. Welt, said in court filings that the club's owners hadn't paid. Welt asked the court to evict the tenant.

So this past Monday, Welt's lawyer, Glenn Moses, accompanied law-enforcement officers to place locks on the doors of one of the most famous strip clubs and hip-hop music venues in America. "Much of the inside was already empty," Moses told New Times. "The sound systems were gone; the liquor cabinet had been cleaned out. The lights are on outside, but there's nothing really happening inside."

New Times dialed the club's main phone line, but the number had been disconnected. Moses declined to speculate why the club was struggling to pay its bills.

But the eviction marks a sad end for a club that has been in dire straits for the better half of a decade. The club nearly shut down in 2014 but was instead sold for about $6 million to a group of New York City investors operating under the name "Kodrenyc LLC," which was managed by financier Elliott "Eli" Kunstlinger. (The LLC took out a new, $4 million mortgage.) The club was still managed, however, by a shell corporation called "Ak 'n' Eli LLC" — a play on the names of Kunstlinger and Akinyele Adams, the club's former co-owner. (Adams is famous for his '90s novelty rap hit "Put It in Your Mouth," about the, ahem, joys of fellatio.) The club was initially founded by legendary Miami musician Disco Rick.

But the deal with Kunstlinger fell apart. Court records show that in March 2017, the club's owners were hit with an additional $1.7 million in accrued and unpaid interest on their mortgage. By August, the club had defaulted.

Things apparently went even further south in 2018. A Miami-Dade court named Welt the property's bankruptcy receiver in June. Welt then learned the club had been operating with open, potentially life-threatening code violations, including malfunctioning fire sprinklers. Miami-Dade County closed the building October 5 due to safety violations.

"It had the potential to be a tragic situation," Moses said.

But now, after the club's owners allegedly failed to pay rent over the past month, the location is likely locked for good. Moses provided New Times with a photograph from the inside of the club. The once-resplendent den of sex and luxury looks pretty bleak: 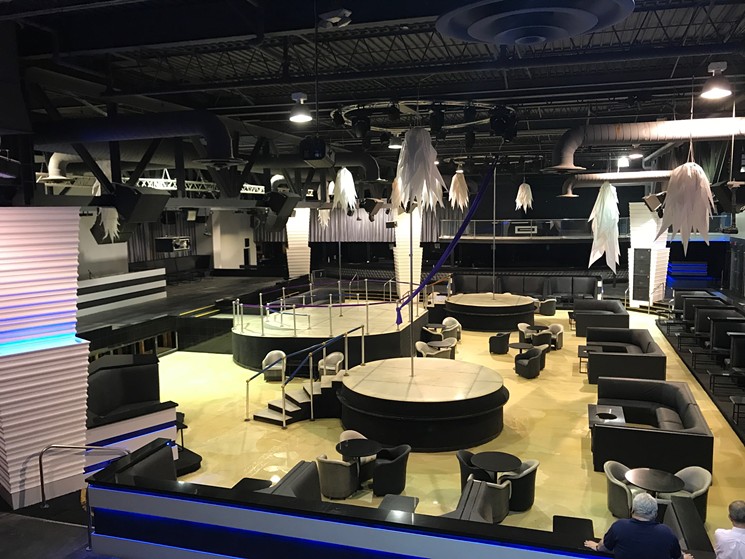 Photo by Glenn Moses
It's unclear whether KOD will be shut down or sold off to someone who will resurrect the brand. But in the meantime, it's worth revisiting many of the more insane stories from the club's history, including the time Justin Bieber showed up and blew $75,000 in singles, the time boxer Floyd Mayweather dropped a cool $100,000 at the club, and all the times rappers invoked the KOD name in song. (It's also absolutely worth remembering that the club's dancers also once sued for unpaid wages and overtime.) The King is dead. Long live the King.
KEEP MIAMI NEW TIMES FREE... Since we started Miami New Times, it has been defined as the free, independent voice of Miami, and we'd like to keep it that way. With local media under siege, it's more important than ever for us to rally support behind funding our local journalism. You can help by participating in our "I Support" program, allowing us to keep offering readers access to our incisive coverage of local news, food and culture with no paywalls.
Make a one-time donation today for as little as $1.