Objectively speaking, Skip Schumaker is pretty darn studly, no? Photo by Megan Briggs/Getty Images
Miami is known for being home to some of the world's most attractive people. The 305 is a place where a fit physique that turns heads on the streets of Milwaukee merely blends in with the crowd.

Even for transplants, it seems as if Miami's humid environs improve one's sexy factor by a few percentage points. But does the science support the theory that South Florida makes people better looking?

And where do our pro sports coaches and managers fit in?

That last question is one that literally no one asked, but we're going to answer it anyway.


Buck Showalter was ranked the #1 Most Handsome MLB Manager by a popular beauty measurement app, notching an 8.65 "Beauty Score" pic.twitter.com/YDadW4GRx4

You see, the apparently bored team over at Gambling.com recently decided it was high time to discern the most handsome MLB manager. Moreover, and for reasons we're still attempting to process, they settled on Buck Showalter, the 66-year-old skipper of the New York Mets.

It turns out the "study" was based on the Golden Ratio Face app, which "uses facial symmetry, facial structure, and the golden ratio to calculate the beauty of anyone."

Basically, you upload a photo and Golden Ratio Face spits out a "Beauty Score" on a scale of 0 to 10.

Sounds ridiculous. So ridiculous that we downloaded the app and entered South Florida coaches and managers to find out how handsome they are, so you don't have to.

In the name of science, of course.

In order to establish a level playing field (see what we did there?), we utilized the clearest team profile photos we could find and ran them through Golden Ratio Face multiple times to ensure we were getting a valid (relatively speaking) score.

As a control, we uploaded a photo of Inter Miami co-owner and notorious God of Handsome, David Beckham. The app determined Beckham would be the least handsome man on this list — even less handsome than your researcher (me). 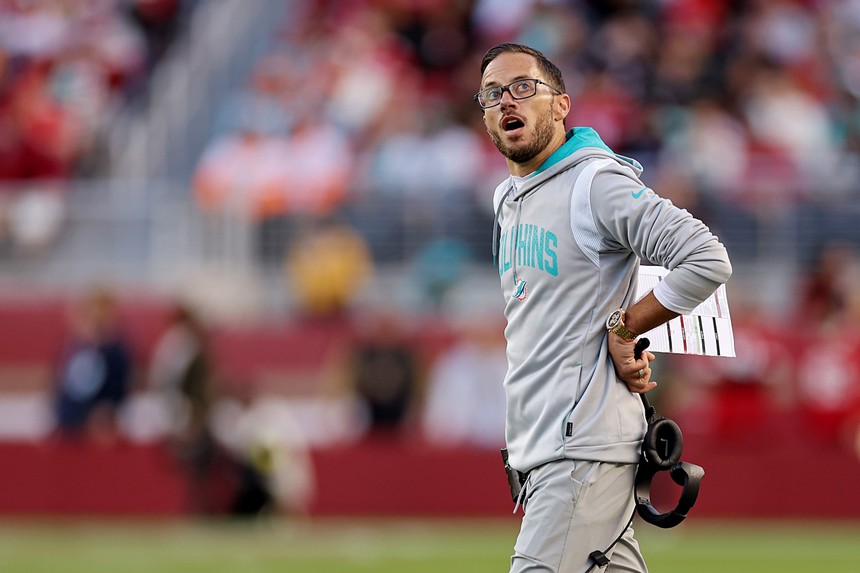 The Dolphins head coach has been described by some as "sneaky good-looking." The pseudoscience disagrees. Golden Ratio Face ranks McDaniel last on the local leaderboard, clocking in with a score that would rank him just ahead of second-least-handsome MLB manager Alex Cora.

Sorry, Mike. Men lie, women lie, but apps do not lie. Everyone knows this. 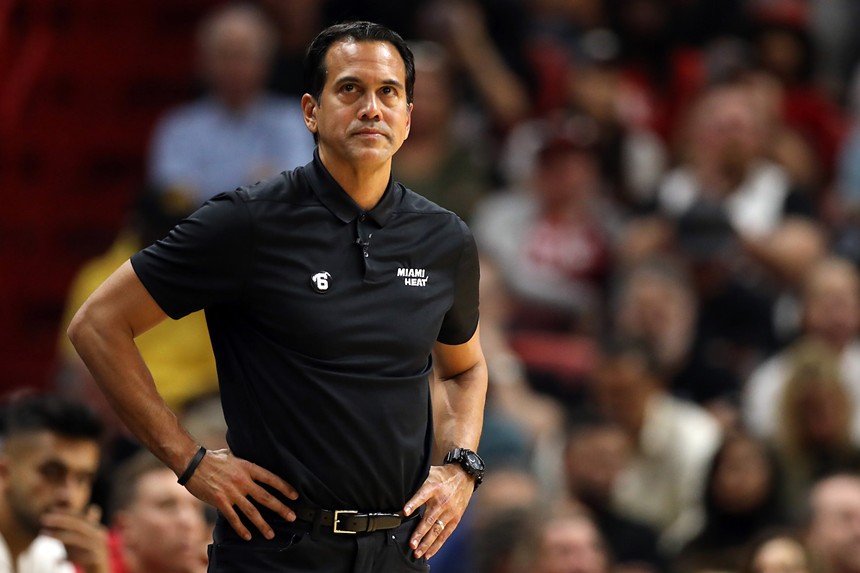 Miami Heat coach Erik Spoelstra has aged like a fine wine in his nearly three-decade-long tenure with the Miami Heat. Coach Spo has always had a baby face since joining the organization as a video editor in the 90s and even at 52 years old, his boyish good looks remain intact.

Unfortunately for Spo, the computers disagreed and ranked him as the second-least handsome coach on this list. We've already asked for a referee review.

Puzzling note: Spo's 7.06 score was identical to the Skip Schumaker result as determined by Gambling.com.

Mario Cristobal had a rough time in Coral Gables during his first year at the helm of Hurricanes football, limping in with a 5-7 record, no bowl game, and a slew of player defections in the transfer portal.

Cheer up though, Mario. The news isn't all bad — you're still handsome! Nobody can take that away from you, big guy!

Mario's 7.45 Beauty Score places him solidly above the Schumaker Line.

Some David Beckham appears to have rubbed off on Phil Neville, figuratively speaking.
Photo by Michael Reaves/Getty Images

Phil Neville is a name many in Miami aren't yet familiar with but will be as Inter Miami FC and its coach build on last season's success. At just 45 years old, Neville — himself a former footballer with Manchester United and Everton — remains young enough to be a fixture on the Miami sports scene for years to come if all goes well.

Evidently made for Miami, Neville's success on the field is matched by his handsomeness, as he places second-most-handsome on our list.

OK, what just happened? We have questions. So many questions.

That score would put Maurice squarely in the Top 5 most handsome on the MLB managers list, and, by all accounts, make him an absolute Instagram thirst trap.

It's official — AI is out of control.
KEEP MIAMI NEW TIMES FREE... Since we started Miami New Times, it has been defined as the free, independent voice of Miami, and we'd like to keep it that way. With local media under siege, it's more important than ever for us to rally support behind funding our local journalism. You can help by participating in our "I Support" program, allowing us to keep offering readers access to our incisive coverage of local news, food and culture with no paywalls.
Make a one-time donation today for as little as $1.