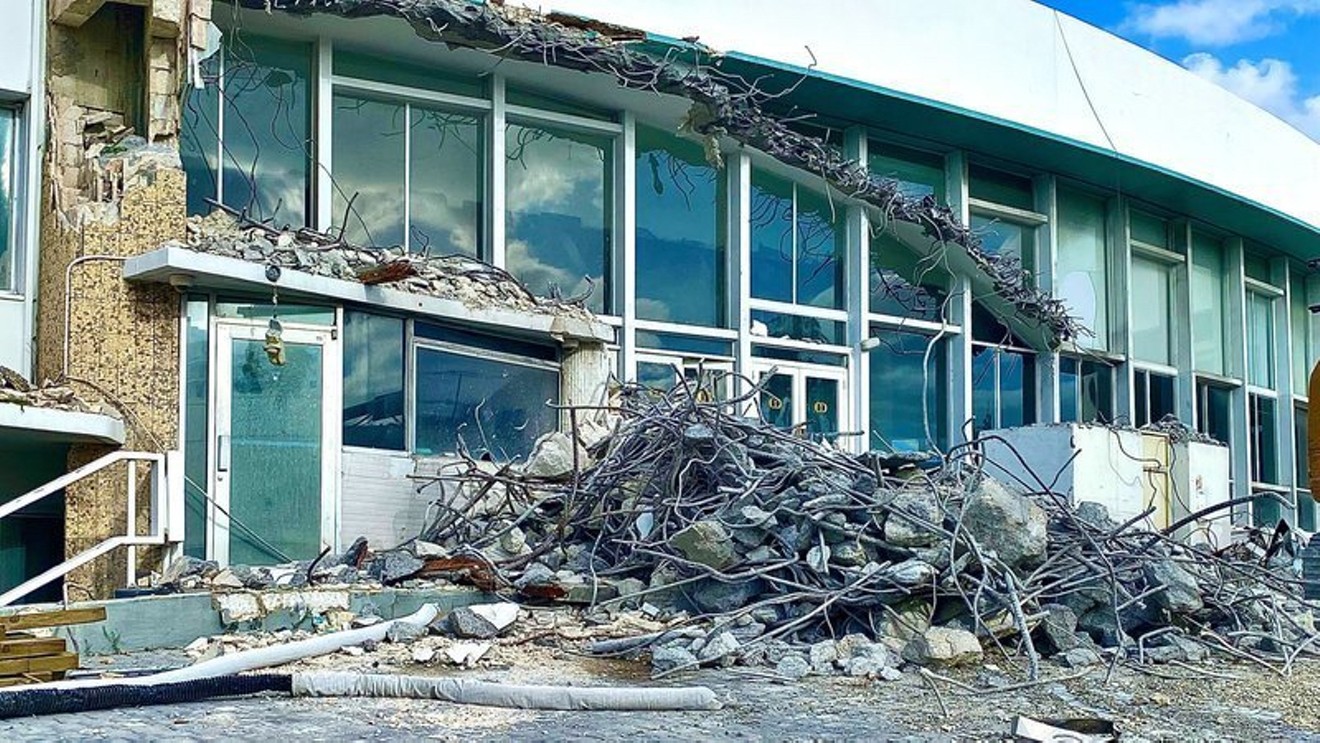 The hotel was once a glittering hotspot where Frank Sinatra and Jerry Lewis stayed and the Beatles played their iconic 1964 Ed Sullivan Show performance.

Closed since an electrical fire in 2017, the Deauville has been steeped in a contentious legal battle, with preservationists arguing that the owners, the wealthy Meruelo family, allowed the building to deteriorate so that it would have to be demolished. A City of Miami Beach building official ultimately deemed the structure to be unsalvageable, leading to the issuance of a demolition permit in March.

What happens next at the historic site is up to Miami Beach voters.

After entering into a deal to acquire the property, developer Stephen Ross, founder of the Related Companies and Miami Dolphins owner, announced a plan in May to develop the site into a 175-room hotel and 150-unit luxury condominium. Ross hired the firm of world-renowned architect Frank Gehry to design the project.

Voters will decide on November 8 to approve or deny zoning changes for the new structures, which are projected to be much larger than the historic hotel.

Specifically, the new development would require a 50 percent increase in density on the 3.8-acre property.

Yes for a Safe and Secure Future, a political action committee, has delivered a deluge of flyers to the mailboxes of Miami Beach residents encouraging them to vote yes on Referendum No. 1.

“Residents rightfully are concerned that once demolition is completed, the parcel will continue to sit vacant, remaining an eyesore,” writes the committee. “[The referendum] allows a well-designed project to come to life with a clear vision for Miami Beach, and it will enhance and preserve the historic character of the neighborhood.”

The project would include a five-star Equinox hotel with a beach club alongside a taller residential condo building, separated by a 200-foot expansive garden. The buildings could be as high as 375 feet, which would be 175 feet higher than the current limit on the property.


Here is a massing illustration for the proposed development of the Deauville. Ross says the towers wouldn't be as rectangular, knowing Frank Gehry. One building will be condo, other will be hotel and beach club (a 5-star Equinox hotel, Ross says.) pic.twitter.com/1DWqqUUcJr

“As a native of Miami Beach, this project is personal to me," wrote Stephen Ross in the project’s announcement. "I know what this site means to the people of Miami Beach, and I know the potential to create a truly special development that honors the history of the Deauville while creating an iconic place for generations to come.”

Ross has poured $1 million into promoting the referendum, according to the Miami Herald. 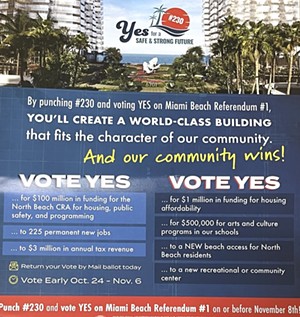 “While losing the Deauville hurt, this plan gives us a chance to create our own history,” wrote Gelber in an email sent to Miami Beach residents. “Instead of a hole in the ground or an empty lot, we will have an iconic development that will only enhance our city’s cultural profile.”

Miami Beach Commissioner Kristen Rosen Gonzalez disagrees, asserting that if the referendum passes, the onetime owners of the Deauville would be rewarded for years of attempts to sidestep fines and city code.

“There has been zero respect for our laws,” wrote Gonzalez in an email sent to Miami Beach residents. “I understand that the surrounding neighbors are frustrated and tired of living next to a derelict building, but are you sure you want tall towers that shade the beach?”

The Miami Design Preservation League (MDPL), a nonprofit that started a petition to save the Deauville, opposes the project.

“Destroying this hotel in Miami Beach is like destroying the Empire State Building,” said Ila Schulman, a petition signee, in a Change.org comment. “There is nothing like the Deauville, nor will there ever be.”

Daniel Ciraldo, MDPL’s executive director, is urging voters to vote no on the referendum.

“If the Deauville cannot be preserved, we oppose development incentives that would allow new construction with 250,000 square feet of additional rights than currently allowed on the land,” Ciraldo says. “We do not believe that rewarding the demolition by neglect of the Deauville is good public policy.”

Ciraldo highlights the imbalance between the resources available to those advocating for the redevelopment and those who oppose it.

“We are outspent by the developers. They are able to spend unlimited amounts of money for their ballot question, but residents don't have unlimited funds to get the word out,” Ciraldo says.

He claims that allowing redevelopment with greater zoning allowance is a dangerous precedent for the community.

“The blight created by the neglect of the property under the current ownership is certainly a threat to the community,” Ciraldo says. “The community, however, should not have to pick between a demolished landmark and two massive high-rises.”

“The owner of the Deauville certainly shouldn’t be rewarded with additional development rights after they intentionally neglected to maintain the historic Deauville building until they were able to force a condemnation of the property,” says Saul Gross, Miami Beach United treasurer. “The Deauville should have been restored.”

This story was written for Florida International University’s South Florida Media Network.
KEEP MIAMI NEW TIMES FREE... Since we started Miami New Times, it has been defined as the free, independent voice of Miami, and we'd like to keep it that way. With local media under siege, it's more important than ever for us to rally support behind funding our local journalism. You can help by participating in our "I Support" program, allowing us to keep offering readers access to our incisive coverage of local news, food and culture with no paywalls.
Make a one-time donation today for as little as $1.