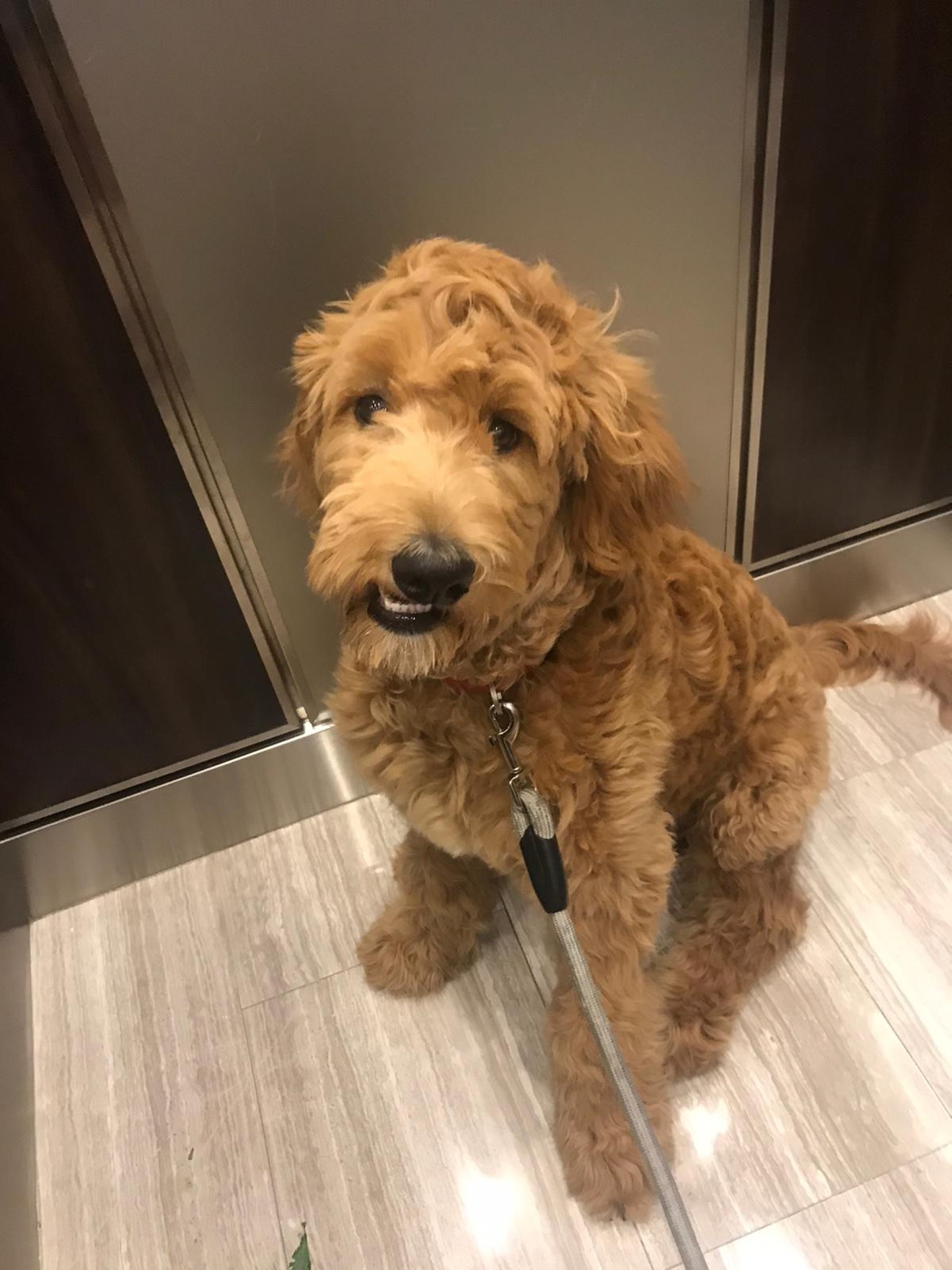 Now, Spahi is battling the pet store in court — and learning that he's not the only one who's had problems with Forever Love Puppies.

Forever Love Puppies and Grooming LLC is a pet dealer with locations in Pembroke Pines, Aventura, and Miami that sells purebred puppies for upward of $2,000 per animal.

Spahi is one of four people who have sued Forever Love Puppies in the last year in Broward civil court alleging violations of Florida Statute 828.29, commonly known as "the pet lemon law."

Under the law, if a pet dealer is selling a puppy under four months old, the dog must be tested by a veterinarian for a number of medical conditions no more than 21 days before the sale. The law also holds that if a veterinarian of the consumer's choice certifies that a dog was unfit for sale, the dealer is required to issue a refund or exchange the dog.

The four Broward lawsuits involve similar complaints against Forever Love Puppies: The plaintiffs say they bought dogs who almost immediately showed signs of severe illness, were required to go to the company's hand-selected veterinarian, and were either sent away or threatened by Forever Love Puppies employees when they complained that their dog's condition had deteriorated or their pet had died.

Of the four cases against Forever Love Puppies in Broward, only Spahi's is pending. The other three were dismissed in September after the parties entered mediation.

New Times left two phone messages with Forever Love Puppies for the store's owner, Larry Master, but did not receive a return call. One of Master's attorneys, Antonio Valiente, told New Times he could not comment on pending litigation or prior cases.

Spahi says he bought his goldendoodle, Bernie, on August 16, 2019, for $2,035. Forever Love Puppies provided him with an Official Certificate of Veterinary Inspection from its designated vet, Rasberry Animal Clinic, stating that aside from a previously treated hernia, Bernie had a clean bill of health.

But within a day of taking Bernie home, Spahi says, he noticed something wasn't right.

"On the second day, he was still not eating. He started puking and wheezing, so at this point, I thought this was not normal," Spahi tells New Times.

Spahi attempted to make an appointment with Rasberry Animal Clinic, since his contract stipulated that he had to go there in order to recoup any reimbursement from Forever Love Puppies, but the veterinarian wasn't available. So Spahi says he brought Bernie to another vet, who diagnosed the dog with pneumonia and prescribed antibiotics. The dog recovered from the upper-respiratory infection about three weeks later.

Rasberry Animal Clinic is not a defendant in the lawsuits. An employee told New Times that Dr. Ronald Rasberry no longer works with Forever Love Puppies.

Once Bernie began to grow, Spahi noticed that the dog's nose was crooked and that he wasn't eating as much as he had at first. He says he texted the son of Forever Love Puppies owner Larry Master, saying he believed the dog might have a deformity. The son responded that their contract with Spahi stipulated that Forever Love Puppies does not provide guarantees against cosmetic problems.

"Concerns related to appearances is not a situation we will address. Have a good day," the owner's son texted back.

"I called them and said, 'Hey, how do you rush to this determination that it's an appearance thing? You haven't even seen the dog,'" Spahi tells New Times.

According to his court complaint, Spahi later learned that Bernie had a rare congenital deformity that twisted his face and gave him a severe underbite that could lead to infection and keep him from eating. When he took Bernie to another veterinarian recommended by Forever Love Puppies, the vet wrote a letter saying that Bernie did have a deformity but that he was eating fine and gaining weight, though Spahi says he was eating less.

Finally, Spahi took Bernie to a dental specialist who wasn't on the pet store's list. According to Spahi, the specialist said he'd have to remove some of the dog's teeth to prevent infection and improve his appetite. The procedure cost $1,700. But Spahi says Forever Love Puppies has refused to pay the bill because the operation wasn't performed by its recommended vet.

Other plaintiffs described similar experiences with Forever Love Puppies in their respective lawsuits. In May, the company was sued by a woman named Marquaysha Bush, who claimed that the puppy she bought for her young son for Christmas died after only two weeks. Doctors determined the dog may have died of parvo, an infectious disease. (Florida's pet lemon law says that dogs for sale must be tested for canine parvo.)

When Bush went back to the pet store to report what had happened, employees threatened to call the police if she did not leave the premises, according to her court complaint.

A third suit, by customer Walter Gutierrez, alleges that he bought a dog from Forever Love Puppies who died less than a month later. When Gutierrez called the store to complain that he'd been sold a sick puppy, he says he was told that employees would call the authorities if he came to the store.

A fourth plaintiff, Maria Pascual, says she bought her dog Benni from Forever Love Puppies on February 4 of this year. The next day, Benni started sneezing, and Pascual took him to her personal vet. According to Pascual, the vet determined that Benni had a severe case of kennel cough that he likely contracted before Pascual brought him home. Benni's medical bills cost Pascual $999.55, her lawsuit says.

When Pascual notified the pet store about her costs and asked for reimbursement under the pet lemon law, she says in her complaint that she was told she'd "only get money if [her] dog dies." Her lawsuit goes on to say that staff accused her of being irresponsible for not taking Benni to their designated vet.

All four plaintiffs alleged that Forever Love Puppies violated state law because it required them to go to its designated vet, sold them dogs that were likely sick, and refused to issue refunds.

Spahi says he was served a settlement agreement by Forever Love Puppies' attorney and that if he doesn't agree to the settlement, he'll have to pay the store's attorney's fees. He says he's on furlough from work because of the pandemic and doesn't think he can afford to keep fighting the case.

Spahi says he wants the owner to change Forever Love Puppies' business practices to spare potential customers the pain of buying a pet that immediately needs intense medical care and is at risk of death.

"I just want him to change his business model," says Spahi. "Fuck the money — it's more about the animals."
KEEP MIAMI NEW TIMES FREE... Since we started Miami New Times, it has been defined as the free, independent voice of Miami, and we'd like to keep it that way. With local media under siege, it's more important than ever for us to rally support behind funding our local journalism. You can help by participating in our "I Support" program, allowing us to keep offering readers access to our incisive coverage of local news, food and culture with no paywalls.
Make a one-time donation today for as little as $1.