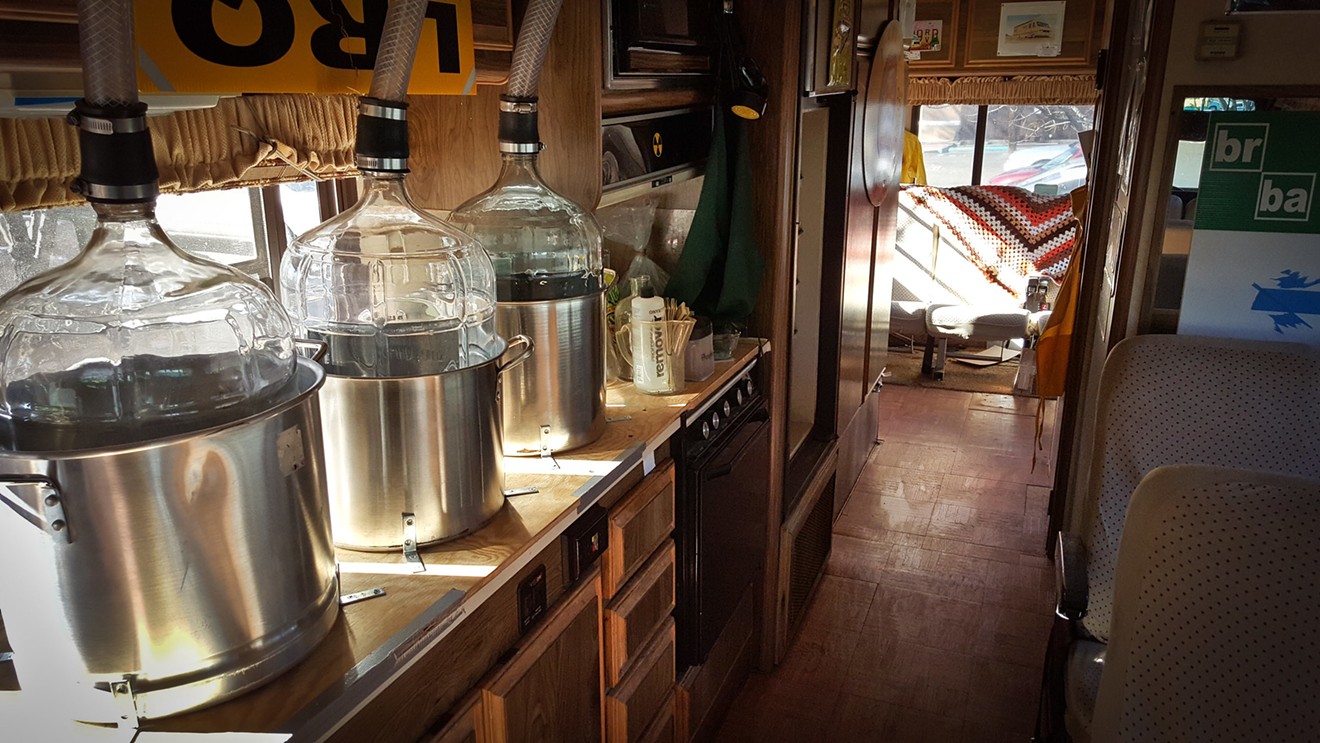 Photo by Paul Gorbould / Flickr
As Breaking Bad so vividly demonstrated, being around a meth lab can be extremely dangerous. But if you live in Florida, there's a good chance one is within mere miles of your home.

A new analysis by the American Addiction Centers, a for-profit rehab operator, determined there have been 877 meth labs in Florida over the past decade. As part of its report, the company released an interactive map that allows people to see how far they live from sites formerly used to manufacture methamphetamine. A search using New Times' address, for example, shows a meth lab was once located a little over two miles away: 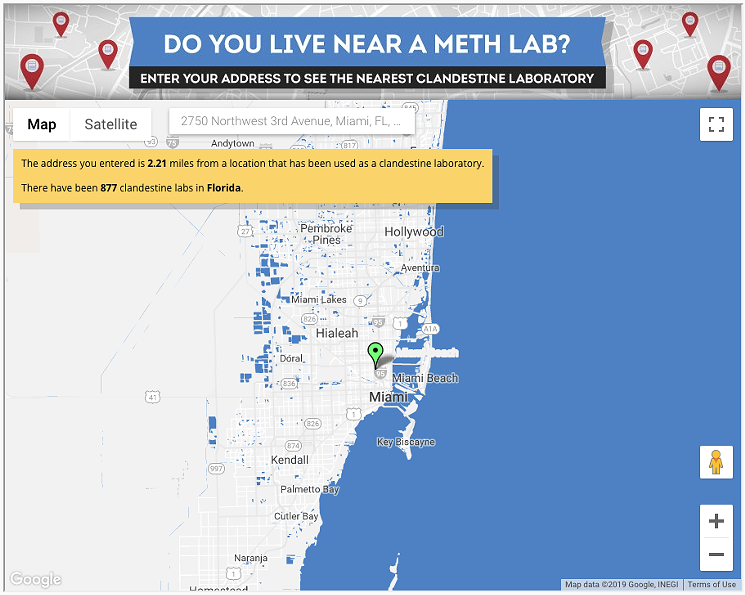 screenshot via Rehabs.com
After a spike in popularity in the early 2000s and then a decline, meth is now resurging. According to a New York Times story last year, the U.S. drug market is flooded with an excess of meth, thanks to improved techniques for manufacturing and a dramatic drop in wholesale pricing.

Although a 2005 federal law passed by Congress made it harder to buy pseudoephedrine, one of the main ingredients in meth, foreign manufacturers of the drug have basically created a new recipe. Drug cartels in Mexico now use phenyl-2-propanone, which is easy to create in a lab.

As meth has saturated communities across the U.S., deaths have also risen. In Florida, 464 people died due to methamphetamine in 2017 — an increase of 42 percent from 2016, according to a November 2018 report from the state Medical Examiners Commission. Because methamphetamine metabolizes into amphetamine in the body, the report says the actual number of meth deaths is probably much higher.

As Orlando Weekly reporter Xander Peters noted in a story earlier this year, LGBTQ populations are most at risk when they use methamphetamine. Studies have shown that among men who have sex with men (MSM), those who start using meth begin to engage in riskier sexual activity. That could be one explanation for Florida's rising rate of new HIV diagnoses.

In Miami, law enforcement officials say the meth seized locally is generally created in "superlabs" in Mexico, not in South Florida. In most cases, the drug is then trafficked over the border or shipped through the mail.
KEEP MIAMI NEW TIMES FREE... Since we started Miami New Times, it has been defined as the free, independent voice of Miami, and we'd like to keep it that way. With local media under siege, it's more important than ever for us to rally support behind funding our local journalism. You can help by participating in our "I Support" program, allowing us to keep offering readers access to our incisive coverage of local news, food and culture with no paywalls.
Make a one-time donation today for as little as $1.