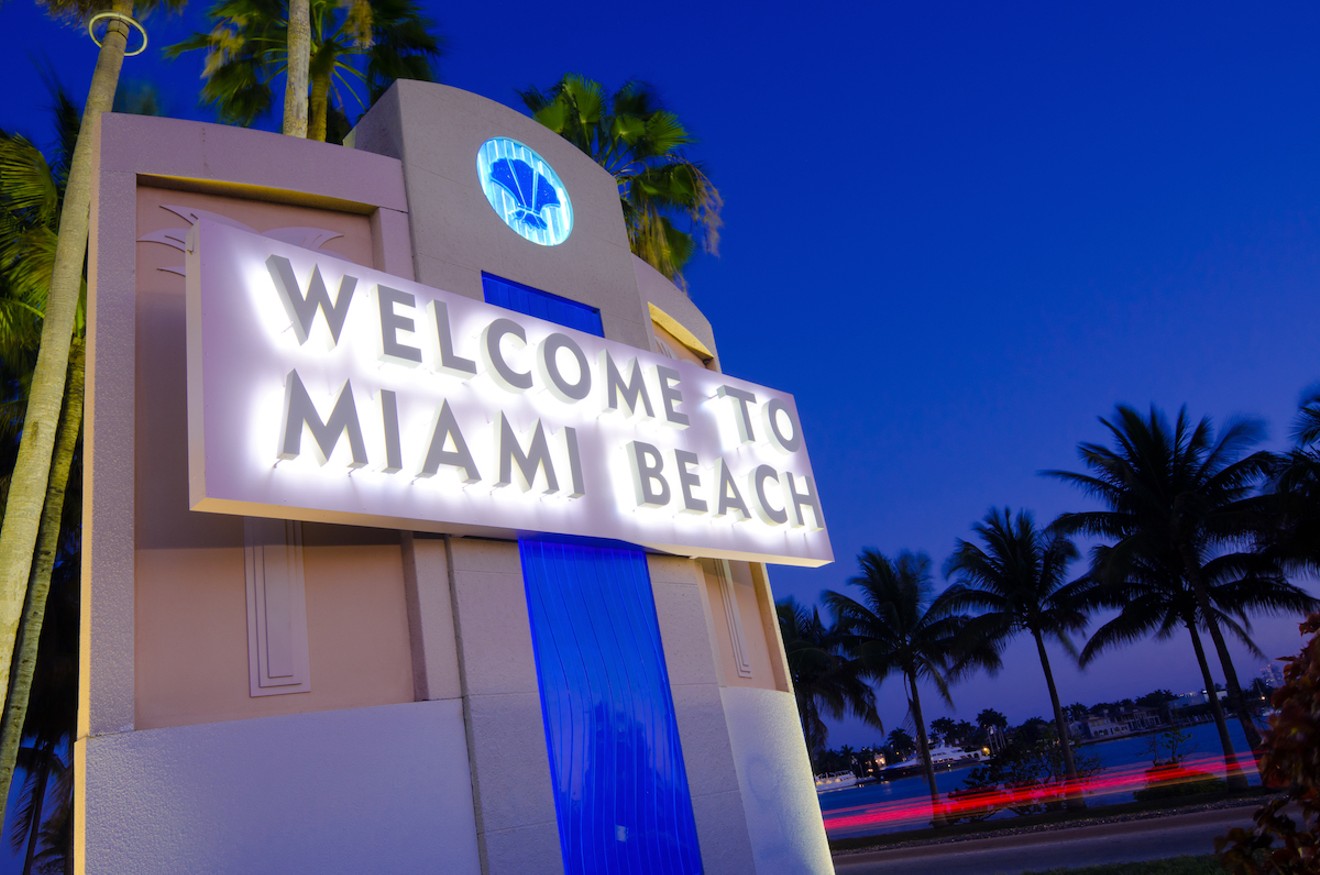 Moving from the nation's capital to Miami? Get ready for a shock. Photo by gregobagel / Getty Images

Go back a few months and a thousand miles to Washington, D.C., and I might have naively told you that "Welcome to Miami" was either a greeting or an endearingly cheesy rap song by Will Smith. Oh, how wrong I was. "Welcome to Miami" isn't a greeting. It's a commiseration. A condolence said with a shrug maybe. Much closer to "Forget it, Jake — it's Chinatown" than a smiling reception.

It's an acknowledgement of the chaos, corruption, and crazy weather that comes with living in Miami — the Magic City that somehow still enchants despite its many warts. It's a nod to not only the bad and the ugly but also all the good things that somehow make up for them. And that's a great thing, because this place is finally starting to feel like home.

With all that said, there are plenty of differences between D.C. and Miami, some stark and some subtle. Here are just a few:

Swap the pupusas you know and love for Cuban sandwiches, fritangas, and arepas.

D.C. residents are no strangers to Latino culture — Latinos make up almost 10 percent of the city's population — but they should know Miami is a completely different bag. Whereas Salvadorans, Mexicans, and Dominicans make up the largest Latin American groups in the nation's capital, Miami is home to mostly Cubans, Nicaraguans, Venezuelans, and Colombians. With a change in cultures comes a change in grub. Swap the pupusas you know and love for Cuban sandwiches, fritangas, and arepas.

Brunch is out. So are house parties.

Brunch fever is not carried by South Florida mosquitoes apparently. This might come as a blow to any 14th Street or Florida Avenue brunch addict who wouldn't think twice about giving up their Saturday night for a Sunday brunch followed by further day drinking. Well, not here. Or at least not nearly as much. Of course you can find plenty of places that serve boozy brunches around Miami, but the experience just isn't as celebrated as it is in D.C.

Much more devastating to my leisurely sensibilities is Miami's apparent allergy to house parties. Unless you're headed to a glamorous launch party, of which there seem to be many, the overlap between drinking with friends and residential spaces in Miami is limited to pregaming before heading out to a club. It's not the end of the world. After all, there's a reason Miami is known for its nightlife. But I'd be lying if I didn't say there was something special about drinking cheap beer at a party in a six-bedroom row home in Columbia Heights.

Swap the pupusas you know and love for Cuban sandwiches, fritangas, and arepas.

Your favorite indie band might not make it down here on its next tour. Sorry.

Take the 9:30 Club for granted at your own risk. Miami is a major city and a must-stop on the road of any big artists on tour. For smaller acts, however, the logistics are more difficult. Miami is only a few hours' drive from the southernmost point of the continental United States. It's out there, presenting a tough choice for artists who might be running on a tight tour schedule (believe it or not, musicians do still ride tour buses, and New York to Philly or D.C. is a much more manageable ride than Atlanta to Miami). That's the bad news. The good news is that as a Miami resident, you're pretty much guaranteed to see your favorite acts from Latin America swing by on any U.S. tours.

It's been six years since Slate pronounced Miami the worst city to drive in, but it still rings true to this newly arrived reporter, whose back hasn't stopped aching after getting rear-ended the other day. To be fair, D.C. drivers aren't anything to write home about (though they'll tell you it's all the Maryland and Virginia commuters causing problems), but the fact of the matter is you can easily get by without a car in D.C. It's possible but far more inconvenient in Miami. If you do have a car, getting around Miami-Dade is relatively straightforward because the county was organized on a simple grid system, unlike D.C., which is, admittedly, a nightmare for newcomers.