Bored at Home? Sign Up for This FIU Course on Hallucinogens 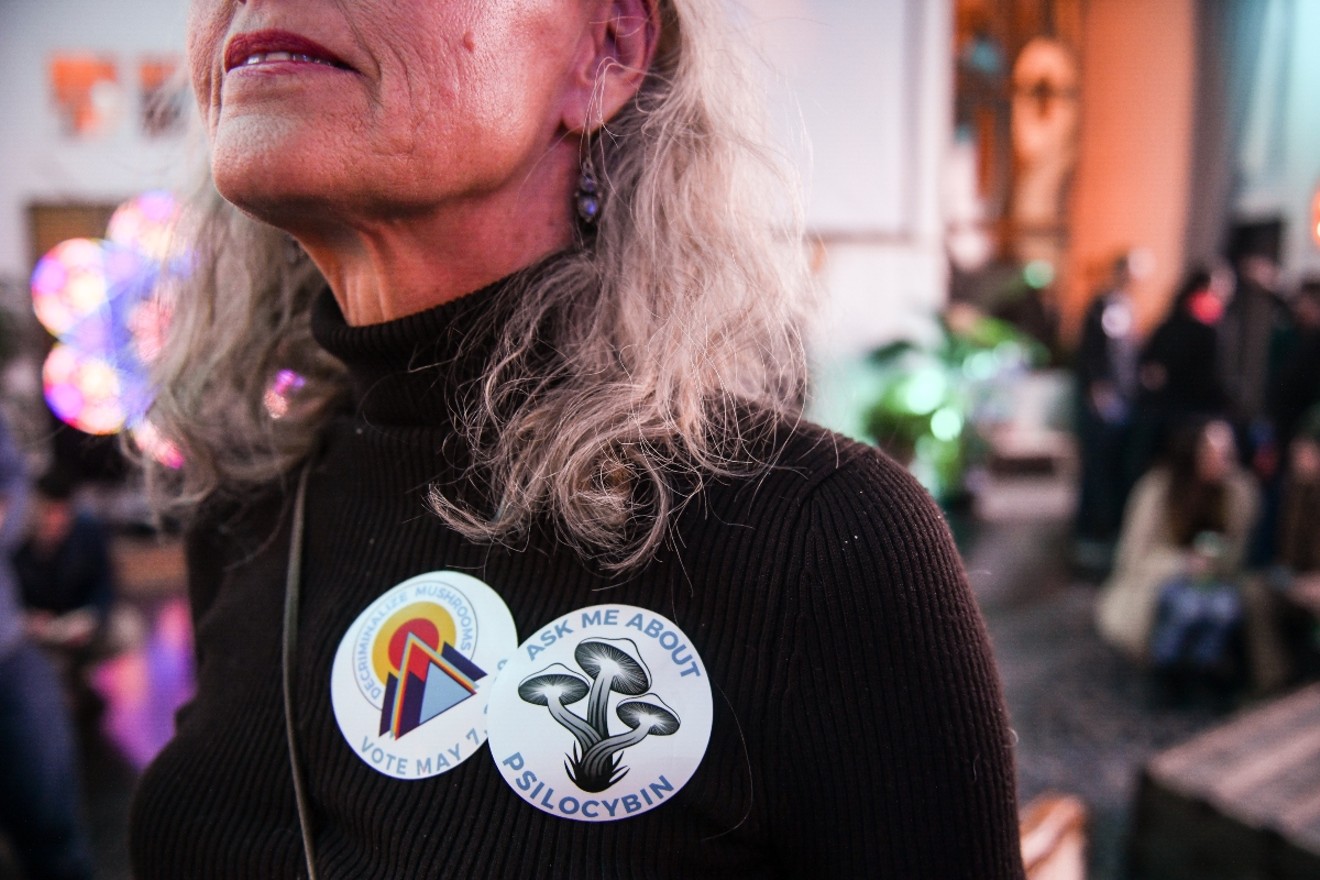 Cities including Washington, D.C., Denver, Oakland, Ann Arbor, and Santa Cruz have decriminalized psilocybin. Photo by Michael Ciaglo/Getty
For decades, the United States government has shared horror stories about the dangers of hallucinogens, claiming psychedelic drugs serve no medicinal purpose and threatening prison time for those who dare to experiment with a mushroom or two. But the federal narrative has crumbled in recent years, with local governments either legalizing or decriminalizing the use of hallucinogens while a growing number of Americans are using them to treat medical issues and seek spirituality — a cultural awakening scholars refer to as a "psychedelic renaissance."

The renewed interest in psychedelics is what brought Jerry B. Brown, a founding anthropology professor at Florida International University, out of retirement to teach an expanded version of the course he taught for 39 years before retiring in 2014. The online course, titled Hallucinogens and Culture, begins on January 11 and is open to students and nonstudents alike, with 300 spots total. (Registration information for nonstudents can be found on FIU's website. For students, the class can be found under ANT 4461 in the course catalog.)

Brown has divided the course into three sections: the history, the present, and the future of hallucinogens. The curriculum begins with a lesson on a plant referred to in ancient writings as "soma" that was used in the Indus Valley in 1400 BCE as part of what would become Hinduism, the world's first religion.

Hallucinogens have been used for centuries by cultures throughout the world and may have even led to the birth of religion. A few scholars have hypothesized over the years that the substances may explain the talking serpent in the Bible's book of Genesis, as well as the burning bush that spoke to Moses in the book of Exodus.

"Were there psychedelics in the area? Absolutely," says Brown. "As [Israeli professor] Benny Shanon noted, there is DMT in the acacia trees which grew on the mountains where Moses had the experience of the burning bush."

Known as the "spirit molecule," DMT is also the psychoactive compound found in ayahuasca, a psychedelic brew that Amazonian tribes have consumed for centuries and that in recent years has inspired thousands of Westerners to trek to South America seeking spiritual enlightenment through shaman-led psychedelic ceremonies.

Brown, who co-authored the book The Psychedelic Gospels: The Secret History of Hallucinogens in Christianity with his psychotherapist wife, Julie Brown, concluded that psychedelics played a role in early Christianity after he discovered mushroom-like figures depicted in early Christian art found in chapels, churches, and cathedrals in Europe and the Middle East.

One such painting from the 12th Century, Temptation in the Garden of Eden, was found in the Chapelle de Plaincourault in France and shows a tall, mushroom-like figure between Adam and Eve.
click to enlarge Temptation in the Garden of Eden
Photo courtesy of Jerry Brown
Brown believes the object is an amanita muscaria, a psychoactive mushroom also known as the fly agaric that could have been the "forbidden fruit" that led to the banishment of Adam and Eve from the Garden of Eden. Brown also believes amanita muscaria was likely soma, the hallucinogenic described in early Hindu texts.

Such mushroom-like shapes are prominent in early Christian art, as evidenced in Brown's book, but they disappear around the 14th Century. Brown attributes that to the Inquisition, during which the Catholic Church used violence and intimidation to combat heresy and consolidate power.

Back in ancient times, it was believed that hallucinogens transported users to a different dimension, a spiritual world that allowed them to speak to the gods and to the deceased, helping them make sense of a world that was a mystery to them.

"Under psilocybin and under LSD, the brain virtually lights up. Dozens and dozens and dozens more neural pathways open up, allowing more creative solutions, neuroplasticity, vaster imagination, and in some cases, access to authentic, full-blown mystical experiences," Brown says.

Those experiences can help terminally ill patients clear their minds of depression and anxiety and accept death as it comes, according to one study on cancer patients.

"These substances open our minds to other dimensions that are not available to normal consciousness — just like the telescope did, just like the microscope did," Brown says.

Studies have also shown that a single dose of psilocybin, the psychoactive compound found in magic mushrooms, could reverse depression for months, possibly replacing the need to have to take an antidepressant daily for the rest of one's life.

"This is game-changing psycho technology that is going to transform the psychiatric industry, the drug industry, and the medical industry in specific," Brown predicts.


Jerry B Brown, Miami Book Fair from The Psychedelic Gospels on Vimeo.

Hallucinogens became popular among the counterculture the United States during the 1960s after Harvard University professor Timothy Leary promoted the use of LSD.

But President Richard Nixon determined that Leary was "the most dangerous man in America" and proceeded to introduce the Controlled Substances Act in 1970, defining hallucinogens as having no medicinal value at all. Marijuana was classified in the same category, despite existing studies indicating that both cannabis and hallucinogens possess medical benefits.

The Nixon administration claimed it was only trying to protect children, but Nixon adviser and attorney John Ehrlichman later admitted that the War on Drugs was designed to crack down on Black people and anti-war activists.

While hallucinogens remain illegal at the federal level, activists have led to changes at the local level.

Like cannabis, more legalization is expected to take place within the next few years, including at the federal level. And with legalization comes economic opportunity.

"As there was with cannabis, there's a whole area of psychedelic finance growing where companies are forming and raising capital to commercialize treatments," Brown says.

Brown envisions a future when science and religion come together in a fusion of fact and faith, allowing humans to better understand what has long been considered the final frontier: the human brain.

"We will have what I call white-coated modern shamans operating in a clinical laboratory setting, inducing mystical experiences in a predictable way, combining science and religion, which have always been separate," he says.
KEEP MIAMI NEW TIMES FREE... Since we started Miami New Times, it has been defined as the free, independent voice of Miami, and we'd like to keep it that way. With local media under siege, it's more important than ever for us to rally support behind funding our local journalism. You can help by participating in our "I Support" program, allowing us to keep offering readers access to our incisive coverage of local news, food and culture with no paywalls.
Make a one-time donation today for as little as $1.