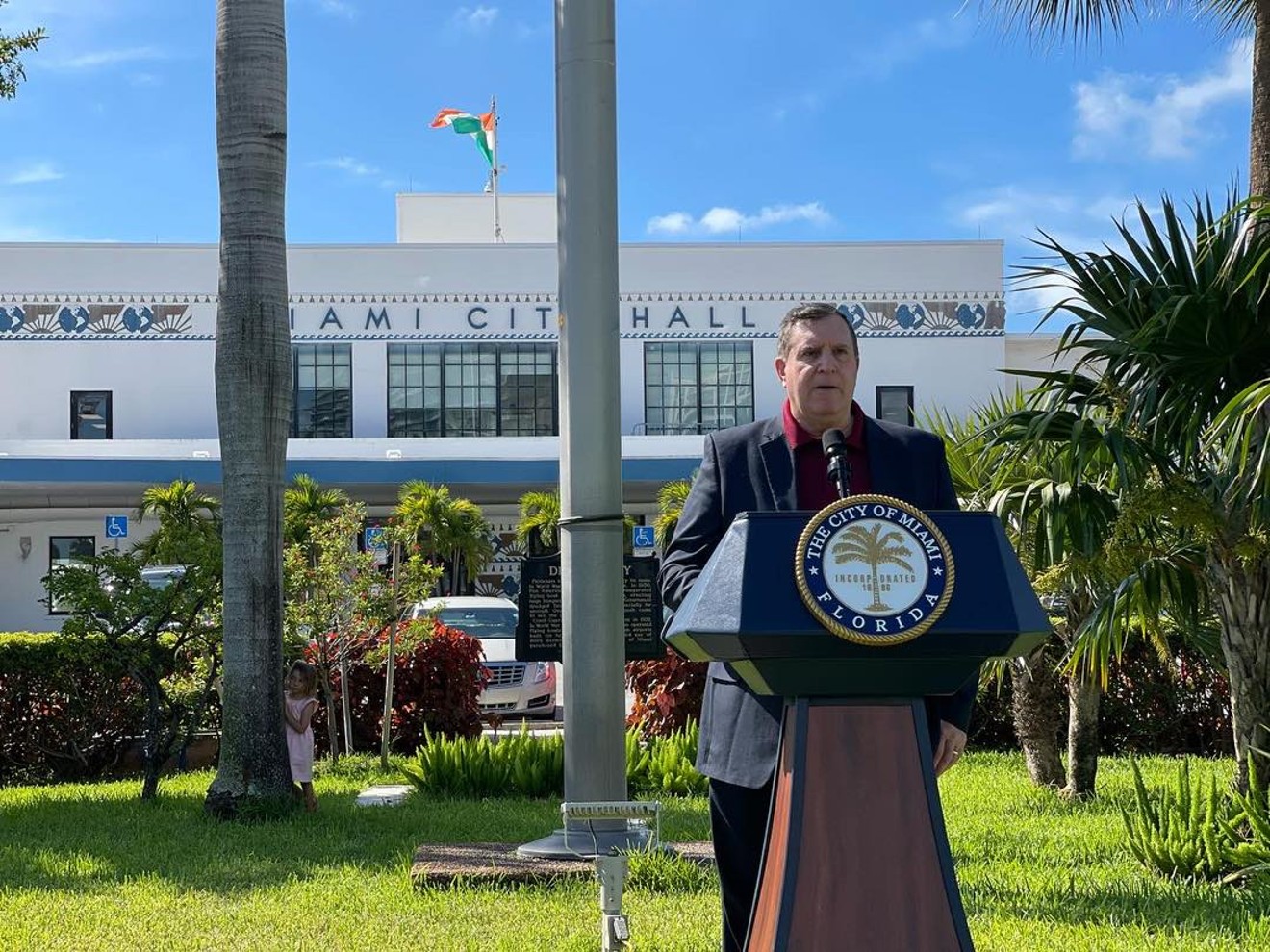 Pinilla and Fuller filed the federal lawsuit against Carollo in 2018, claiming he relentlessly targeted their businesses and sicced code enforcement on them in retaliation for Fuller backing Carollo's opponent in a 2017 runoff election. Among a laundry list of claims, the lawsuit accuses Carollo of stalking the parking lot of Little Havana's Ball & Chain nightclub (which Fuller partly owns), and proclaiming, "I am the law!" to an employee.

Carollo and his attorneys tried to have the case dismissed on the grounds that the commissioner was protected by qualified and legislative immunity — legal principles that shield police and government officials from liability for on-the-job actions. A federal court rejected most of his arguments, however, and the U.S. Court of Appeals for the Eleventh Circuit upheld the ruling in February.

Carollo petitioned the U.S. Supreme Court in late June, asking the high court to review the case. In the petition, Carollo implored the court to clarify the scope of legislative and qualified immunity "in order to free elected officials from the unwieldy demands of having to mount a defense for actions that are compliant with public official duties and responsibilities."

"The decision by the Eleventh Circuit Court of Appeals so narrowly construed and applied the legislative and qualified immunity privileges as to effectively truncate and exclude from protection legislative conduct in furtherance of official duties," Carollo claimed in his petition.

In yet another defeat for Carollo in the case, the Supreme Court denied his petition on October 3. He's now  facing an upcoming civil trial, which is tentatively scheduled for April 2023.

"The commissioner’s cert petition was such a long shot from the beginning, we did not even bother to file any opposition opposing it. And it was still denied," Gutchess wrote in an email to New Times. "We think this cert petition is a prime example of Carollo wasting tax payer funds in a futile effort to delay the trial in this case."

Carollo's attorney, Benedict Kuehne, said that Carollo is "disappointed" that the Supreme Court declined to consider his appeal.

"Obtaining review by the U.S. Supreme Court is always difficult, and even more so this Term with the pressing national issues on the Court’s docket. Commissioner Carollo remains confident he will prevail in this baseless lawsuit brought by local business owners who continue to refuse to comply with the laws applicable to all business owners in the City of Miami," Kuehne wrote in an email to New Times.

The lawsuit alleges that Carollo's harassment of the plaintiffs went on for more than a year, beginning in late 2017. In addition to orchestrating a string of code violation complaints against Ball & Chain, Carollo used his political power and position on the city commission to block the Sanguich restaurant from operating on Pinilla and Fuller's property, disrupt the popular Viernes Culturales event on account of its ties to Fuller, and shut down a Calle Ocho kiosk market in which Pinilla and Fuller had invested, according to the complaint.

"Carollo’s actions, designed to destroy Plaintiffs’ businesses and reputations, is pure political payback—targeting Plaintiffs simply because they dared to support Carollo’s opponent in a run-off election, and because they filed an Ethics Complaint against Carollo," the lawsuit claims.

Kuehne and Carollo deny the allegations and claim they plan to seek sanctions against the plaintiffs over the litigation.

"Commissioner Carollo shall continue to fulfill the mandate of the City of Miami and his duties as an elected representative by protecting the health, safety and welfare of the citizens of the City of Miami. He will not alter his service to the community merely because of threats and attacks by those who demand special treatment," Kuehne wrote.

Carollo did not respond to New Times' request for comment via text message, or attempts to reach him by phone.
KEEP MIAMI NEW TIMES FREE... Since we started Miami New Times, it has been defined as the free, independent voice of Miami, and we'd like to keep it that way. With local media under siege, it's more important than ever for us to rally support behind funding our local journalism. You can help by participating in our "I Support" program, allowing us to keep offering readers access to our incisive coverage of local news, food and culture with no paywalls.
Make a one-time donation today for as little as $1.