Someone Made a Wynwood-Themed Bar in Greece, and We Have Some Questions 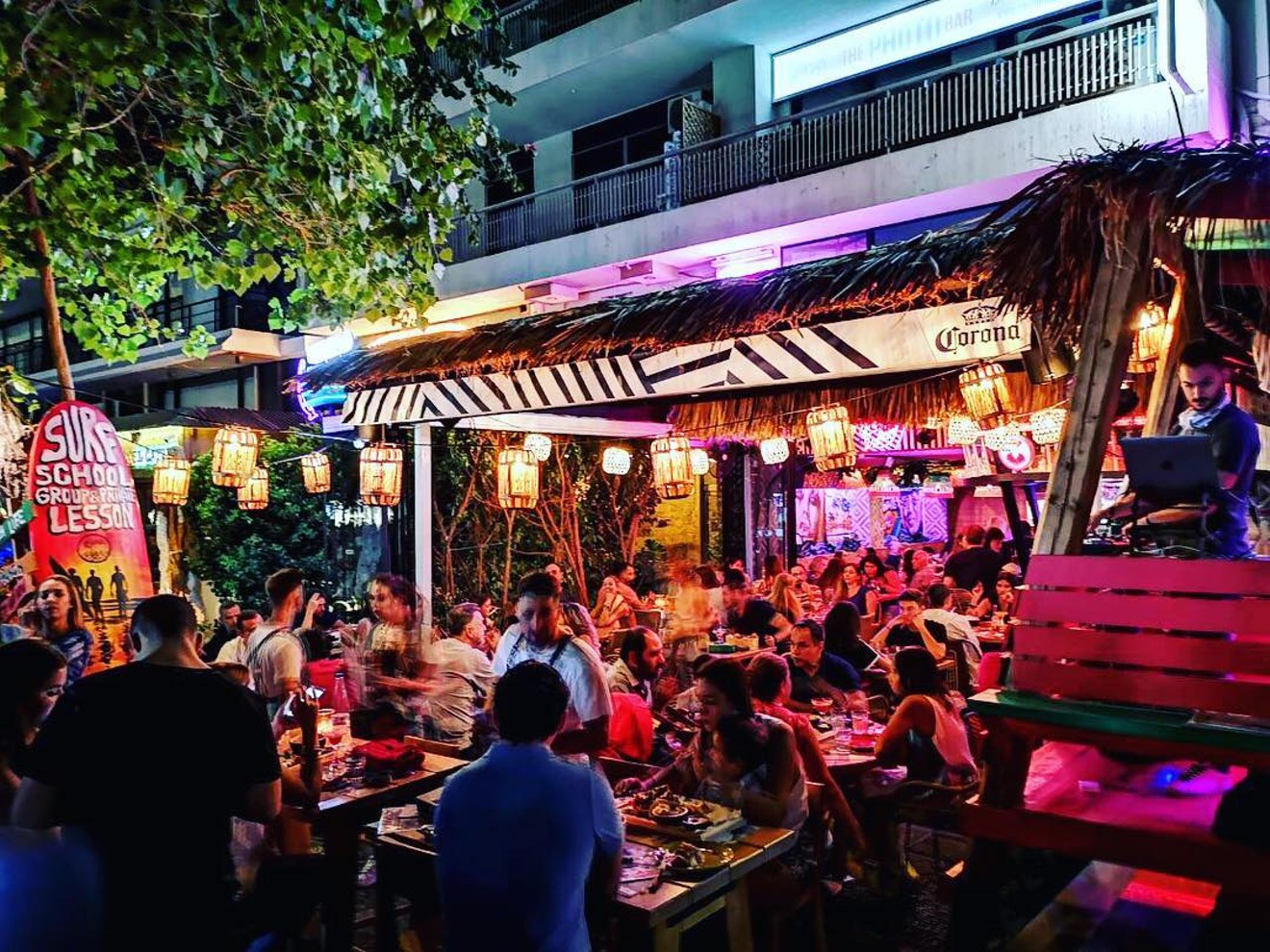 Courtesy of the Wynwood Bar
Wynwood is Miami's least remarkable neighborhood. South Beach is one of the world's most iconic art deco cityscapes. Little Havana is a melting pot of Cuban and American traditions that exists nowhere else on Earth. Wynwood has street art, endless EDM, and $17 cocktails. You could pluck any Wynwood bar, pop it into Brooklyn or Seattle or Portland or Los Angeles or Austin, and nobody would notice a thing.

But a group of Greek restaurateurs recently visited Miami and decided the Wynwood vibe was strong enough that Europe needed a tiny version of it. The Wynwood Bar, which recently opened in Glyfada, a coastal suburb of Athens.

New Times briefly chatted with the Wynwood Bar's Facebook account today. The employee said the bar's creator, Andreas Doukas, visited Wynwood last year and loved the neighborhood so much he thought it would work well in Greece.

"It was a big bet for us to set up a Miami-style restaurant," the employee said.

The bar got a few things about Wynwood right and, perhaps more noticeable to Miami denizens, a few details wrong.

First, the good: The bar swiped the thatched canopies and hazy purple neon glow from Gramps, the vaguely zebra-striped pattern from the Wynwood Building (which houses the New Times office), and the sort of not-really-edgy-anymore wall-size murals that began popping up around Wynwood a decade ago. And the bar's slogan is "Eat, Sip & Gather," almost identical to the "Eat, Sip, Gather" used by the Wynwood Building's Café.

The DJ booth also bears a striking resemblance to the one on the back patio at Gramps. If you hit a Miamian in the back of the head with a roll of quarters, popped them into the bar, and told them they were in Wynwood, there's a decent chance they'd believe you.
But the bar owners also made some bizarre choices: Namely, a spray-painted surfboard out front advertises surf lessons. For one, Wynwood is a landlocked neighborhood. And moreover, does anyone think of Miami as a surfing capital?

The menu is also all over the place. To be fair, Wynwood was basically created by real-estate developers and has no real native cuisine of its own (and the bar's menu even gives a shout-out to Tony Goldman, the real-estate impresario who essentially invented Wynwood).

But there are still some questions about the food selections here. Nachos? French fries with caesar dressing? Frozen daiquiris? The "Little Havana" is simply a salad with avocado and pico de gallo. There doesn't appear to be an actual croqueta or empanada in sight. Not a single to be had. There's also, bizarrely, a "Saint Patrick's Wednesday" drink special. For shame, Athenian Wynwood Bar!

courtesy Wynwood bar
In general, Europeans love transplanting parts of Miami into their thousand-year-old, brick-laden towns. In 2016, a bunch of event organizers temporarily turned a bit of soggy London into "Brixton Beach Boulevard," which looked vaguely like South Beach-by-way-of-Epcot.

But this new Greek bar seems to be one of the first instances of someone in another country taking the Wynwood ethos abroad, which is weird, considering that 80 percent of Wynwood's bars and activities were designed to please European tourists coming from South Beach anyway. A New Times reader points out there's also a Wynwood-themed coffee shop in Paris:

There's also a Wynwood-themed music festival happening this Saturday in Amsterdam, too:


And really, are the good folks of Glyfada all that different from Miamians? We sorta stole the whole 48-hour-rave-party ethos from Europe, after all. Plus, Glyfada is already a Greek nightlife capital full of neon-lit nightclubs. At this point, there's basically a giant subwoofer blasting Skrillex beside the Parthenon 24 hours a day.

Maybe the real Wynwood was inside Glyfadians' hearts the entire time.

Tim Elfrink contributed to this story.
KEEP MIAMI NEW TIMES FREE... Since we started Miami New Times, it has been defined as the free, independent voice of Miami, and we'd like to keep it that way. With local media under siege, it's more important than ever for us to rally support behind funding our local journalism. You can help by participating in our "I Support" program, allowing us to keep offering readers access to our incisive coverage of local news, food and culture with no paywalls.
Make a one-time donation today for as little as $1.