Ultra Music Festival to Remain at Bayfront Park Through 2027 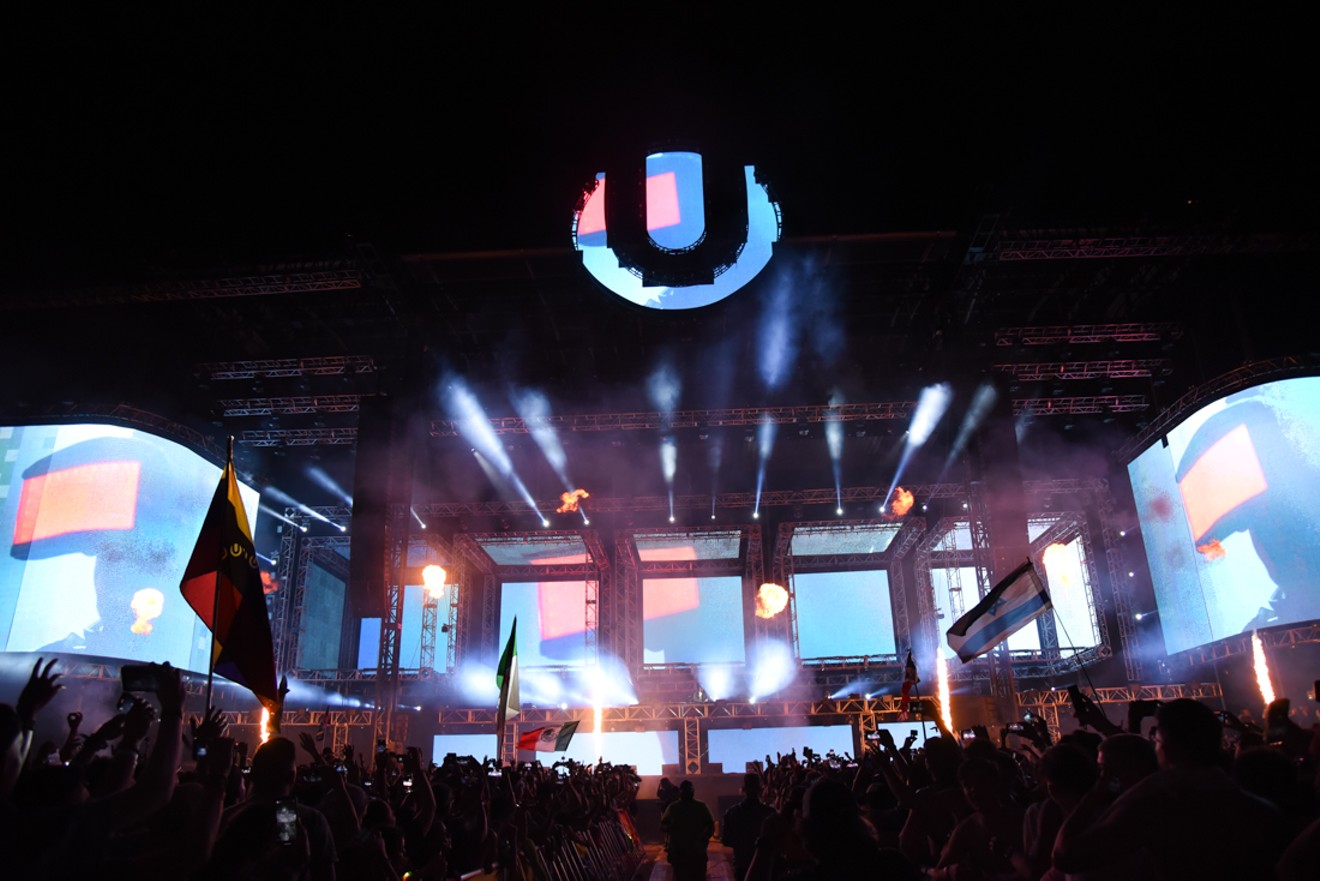 The popular music festival, which has become an annual staple of Miami’s electronic music scene since 2001, announced on Thursday that it had reached a new agreement with the city agency that manages the downtown parks to remain at Bayfront Park through 2027.

A statement shared by event organizers reads, “Bayfront Park will be Ultra Music Festival’s official home for the next five years, thanks to the City of Miami Commission unanimously passing an agreement between the festival and the Bayfront Park Management Trust.”

In March, the three-day festival made a thrilling, post-pandemic return to Bayfront Park with performances from Kygo, Martin Garrix, Tiësto, Sofi Tucker, David Guetta, and many more big names from the EDM community.

The return to Bayfront Park marked Ultra's first time downtown since 2018 — a hiatus that involved some well-publicized drama between event organizers and the Downtown Neighbors Alliance (DNA), which represents roughly 30,000 residents who live in condominiums in the Central Business District and the Park West neighborhood not far from the park.

Ultra had called Bayfront Park home from 2001 until 2005 and again from 2012 to 2018. But the festival's relationship with downtown residents reached the breaking point with the 2018 event, and a few months later, the Miami City Commission voted unanimously against offering Ultra a five-year lease starting in 2019. Ultra relocated the 2019 party to nearby Virginia Key Beach Park and Miami Marine Stadium Flex Park, a move that resulted in even more headaches for the festival, largely owing to poor transportation logistics and public outcry from environmentalists.

After months of negotiations that began in the summer of 2020, Ultra and the DNA finally settled their differences and confirmed in June 2021 that the festival would return to Bayfront in 2022.

“This development finally opens the door to establishing an ongoing working relationship between the parties, which was long overdue,” Ultra spokesperson Ray Martinez said in a May 2021 announcement. “Maybe the COVID pause gave both sides an opportunity to kind of take a breath, if you will, and come to the table without the impending event looming over either side. We really tried to work on the solution so we could coexist.”

According to the Herald, the terms of the contract include a 4 percent annual increase on the $2 million rental fee to use the park starting with the 2024 event. (The 2020 agreement called for a 3 percent annual increase with a $2 million baseline.) The trust’s board will reportedly have control over the revenue, and Carollo has stated that the funds will go toward maintenance and improvements of waterfront parks.

The new agreement also includes a clause that allows either party to terminate the lease within a two-month period following each year’s event.

Revisit New Times’ Friday, Saturday, and Sunday coverage from this year’s Ultra, which welcomed 165,000 attendees throughout the weekend of March 25-27 for a triumphant sold-out return after two years away.
KEEP MIAMI NEW TIMES FREE... Since we started Miami New Times, it has been defined as the free, independent voice of Miami, and we'd like to keep it that way. With local media under siege, it's more important than ever for us to rally support behind funding our local journalism. You can help by participating in our "I Support" program, allowing us to keep offering readers access to our incisive coverage of local news, food and culture with no paywalls.
Make a one-time donation today for as little as $1.