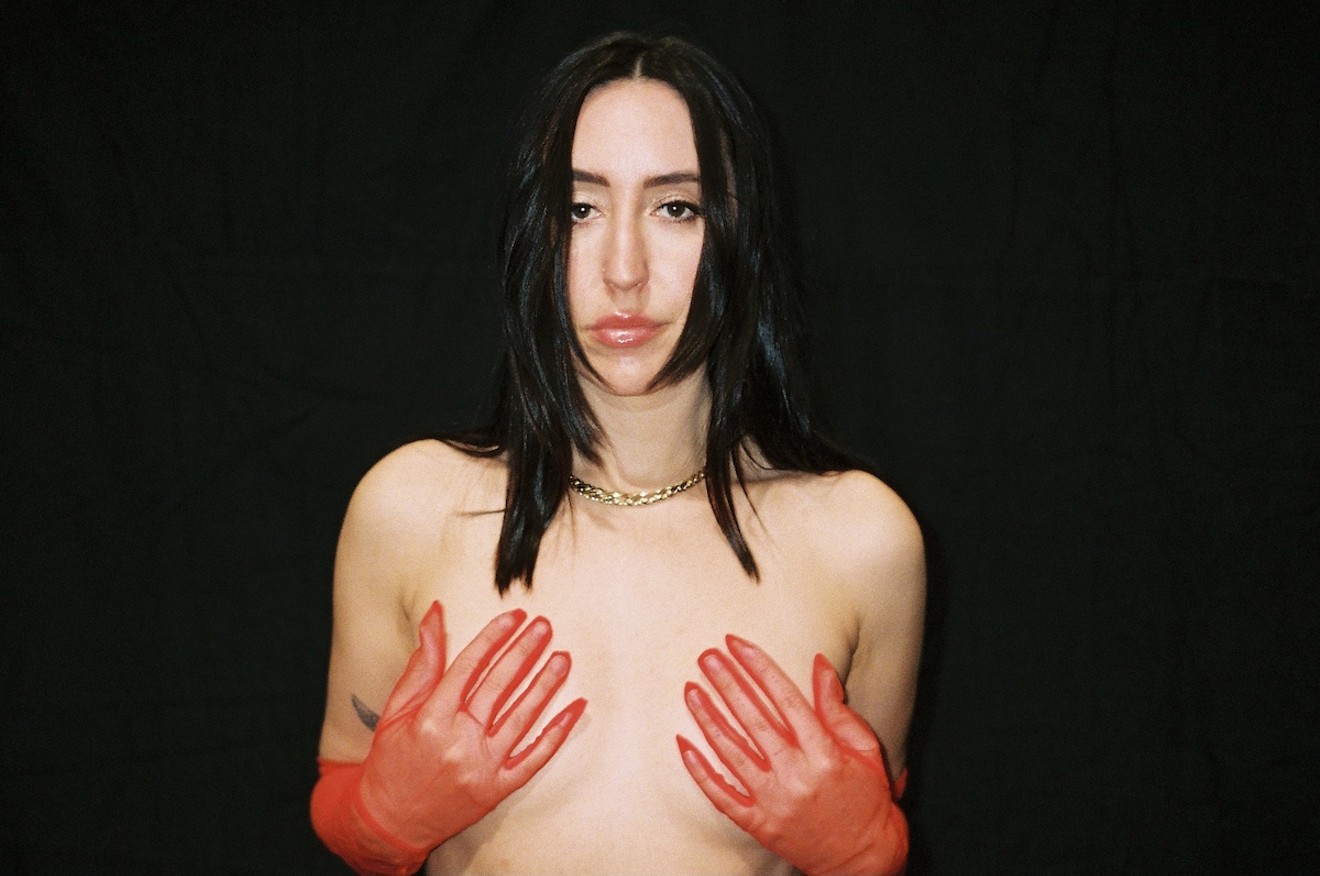 Elohim performs at the Live Stage on Sunday, March 27. Photo by Chase O’Black
Of Ultra Music Festival's 35 headliners for its 2022 event, only four include women. In fact, just 17 of the acts on the entire bill are women or women-led.

The imbalance of male vs. female artists at music festivals isn't exactly a new problem, but it's one that persists nonetheless. So highlighting the underrepresentation of women at Ultra is more about letting organizers know they can do better. There are plenty of women-identifying acts making dance music that deserve to grace Ultra's stages.

If you want to show support to the women who will be at this year's festival, here are some of the highlights New Times urges you to keep in mind.

Gabrielle Watson is A Hundred Drums, an artist who mixes experimental beats and hip-hop sounds with indigenous hand drums. Her stage performance pulses with a primal beat that connects with her audience on an unexpected level. Watson's music also makes a very important statement about being Black in America and tells her story — and the stories of many others — of mistreatment and systemic racism. 1 p.m. Saturday, March 26, at Worldwide Stage.

Having just confirmed that she'll be releasing her first album in four years, Alison Wonderland is one of the few widely known female DJs on the scene. Her accolades include the highest female DJ billing ever at Coachella, topping Billboard's Top Dance/Electronic Albums chart, and Elle’s Woman on the Verge. True to her name and the children's novel it evokes, Alison Wonderland provides an escapist experience within her evocative beats. Journey down the rabbit hole. 9:30 p.m. Friday, March 25, at Live Stage.

Part of the Resistance lineup, Ultra's underground brand featuring techno and house music, Amelie Lens is a Belgian artist and the founder/owner of her own record label, Lenske. Through her label, Lens pushes the underground techno scene and releases music by up-and-coming artists in the genre. She also founded a second company, Exhale, that curates amazing sets from some of the underground’s finest. 5 p.m. Sunday, March 27, at Carl Cox Megastructure.

Taking her name from the Hebrew word for “God,” Elohim is a DJ and musician shrouded in mystery. Her music is hard to pin to one electronic niche, and she originally disguised herself using masks and voice changers so that the only way her fans could know her was through her music. More recently, she has grown in confidence as an artist, revealing her face and her real voice while sharing her personal struggles with her mental health and inviting her fans and listeners along on her journey of authenticity. 6 p.m. Sunday, March 27, at Live Stage.

Krewella is a sister duo that hails from Houston whose with far-reaching multicultural backgrounds find their way into its sound. The pair's electro-pop music swept onto the scene in 2012; this year saw the release of a third studio album, The Body Never Lies. The duo also emphasizes philanthropy and sustainable fashion, exclusively donning thrifted clothes or pieces made from recycled materials. 4:30 p.m. Sunday, March 27, at Worldwide Stage.

Sofi Tukker is a duo made up of Sophie Hawley-Weld and Tucker Halpern, who met as students at Brown University. Together they've conquered the dance-pop world — multiple Grammy nominations, collaborations with major artists including Lady Gaga, spots on movie soundtracks and TV shows, and sold-out venues worldwide. A recently announced album, Wet Tennis, will be released on April 29. 8 p.m. Saturday, March 26, at Live Stage.
KEEP MIAMI NEW TIMES FREE... Since we started Miami New Times, it has been defined as the free, independent voice of Miami, and we'd like to keep it that way. With local media under siege, it's more important than ever for us to rally support behind funding our local journalism. You can help by participating in our "I Support" program, allowing us to keep offering readers access to our incisive coverage of local news, food and culture with no paywalls.
Make a one-time donation today for as little as $1.