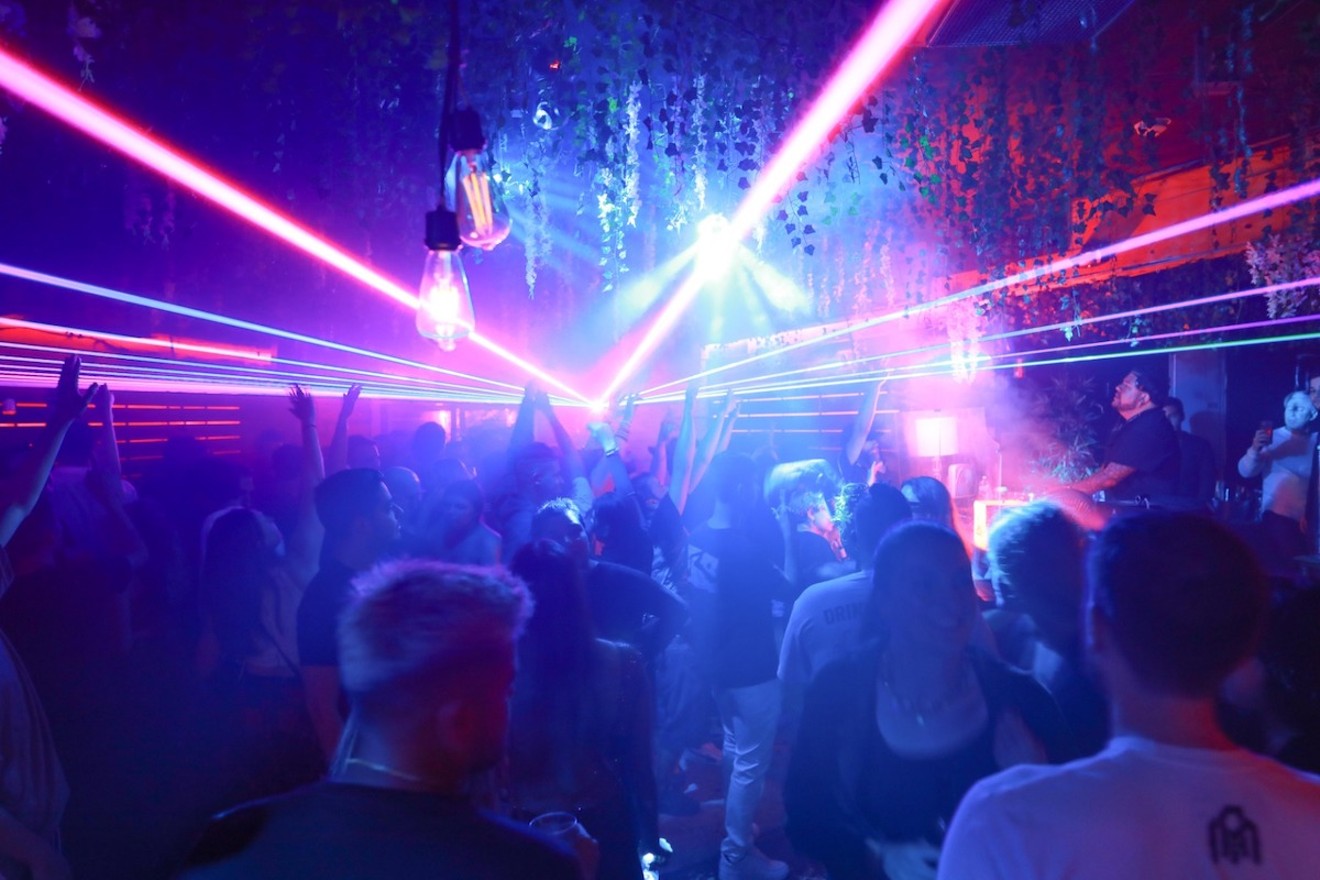 Trance music will get a proper showcase at Treehouse on Saturday, September 4. Photo courtesy of Treehouse
Trance music kind of gets a bad rap.

The genre, which gets its name from the repetitive rhythms, psychedelic elements, and atmospheric melodies that create what listeners describe as a "trance-like" experience, typically features a high-speed tempo of 125 to 150 beats per minute.

"I've been playing trance and making music for almost 18 years," says DJ-producer and Apex Presents founder Luccio. "Trance is my first love. It is the foundation of a lot of dance music."

Luccio is the organizer of We Love Trance, a party he started several years ago and scheduled to return on Saturday, September 4, at Treehouse. Featuring an impressive lineup, the party isn't holding back on showcasing the love and respect the dance-music genre deserves. Instead of focusing on an individual act, the party will highlight trance's evolution over the past 20 years.

Trance's origins go back to the late Eighties and early Nineties; the genre enjoyed its peak in popularity in the early Aughts. But it seems as though today's dance-music fans have little patience for it, often complaining of the repetitiveness that features little to no progression.

"People who look down on trance, they were once trance lovers," Luccio asserts. "It is unfortunate. They don't really appreciate music by good music. They just appreciate it because of the hype."

In Europe, trance emerged as Detroit techno was being exported from the U.S. to places like Germany and the U.K. European producers took those techno sounds and implemented atmospheric and euphoric elements. Acts like Tiësto, Paul van Dyk, and Armin van Buuren catapulted to success making trance music.

"Trance is kind of like an outlet for people to express themselves. Even as a listener, they connect to the music at a different level than other music," Dave Neven explains. "A lot of people can say it sounds repetitive, but the melodies and everything, they make them feel, think, or experience in a different way."

Neven was first exposed to the genre as a teenager. Later, after taking up DJ'ing, he found himself being lured to trance after moving to Chicago and getting involved with Excalibur and Vision, a venue that served as a gathering place for Midwestern trance music fans.

Photo courtesy of Treehouse
"A lot of people don't connect to [trance] on a different level because they don't give it a chance," Neven says. "Faster tempos, I guess, can sound repetitive in a way if you don't stop and acknowledge the beauty of it. A lot of people just shut it out right away."

Despite the multitude of subgenres within dance music, at times it seems like trance continues to be seen as less than its counterparts.

"It's the genre that created the first superstars," says DJ-producer Kristina Sky, who's been involved in the scene since the early 2000s. "Here you have everyone in dance music acting like trance is something to be embarrassed by. Yet it was trance as a genre that had artists that were the first to be superstars."

Despite the stigma, artists like Argentinian music producer Chris Schweizer see the music evolving into something bigger than ever before.

"I don't like labeling stuff, but all the genres are going towards trance right now," Schweizer says. "Everything now is more melodic. Whenever I hear a track nowadays, I get the same vibe that I used to get back when trance used to be super big."

Although Miami has had a long love affair with dance music, Sky says locals have always been slow to embrace trance.

"Miami has never been a trance town, for understandable and good reason: House music has thrived there for decades," Sky explains. "[Trance] never got any love there except for Miami Music Week, but as soon as it was gone, it would be hard to find regular trance shows until Luccio started doing them regularly at Treehouse."

We Love Trance. With Chris Schweizer, Luccio, Dave Neven, Kristina Sky, Edgar V, and others. 8 p.m. Saturday, September 4, at Treehouse, 323 23rd St., Miami Beach; 786-318-1908; treehousemiami.com. Tickets cost $10 to $20 via eventbrite.com.
KEEP MIAMI NEW TIMES FREE... Since we started Miami New Times, it has been defined as the free, independent voice of Miami, and we'd like to keep it that way. With local media under siege, it's more important than ever for us to rally support behind funding our local journalism. You can help by participating in our "I Support" program, allowing us to keep offering readers access to our incisive coverage of local news, food and culture with no paywalls.
Make a one-time donation today for as little as $1.