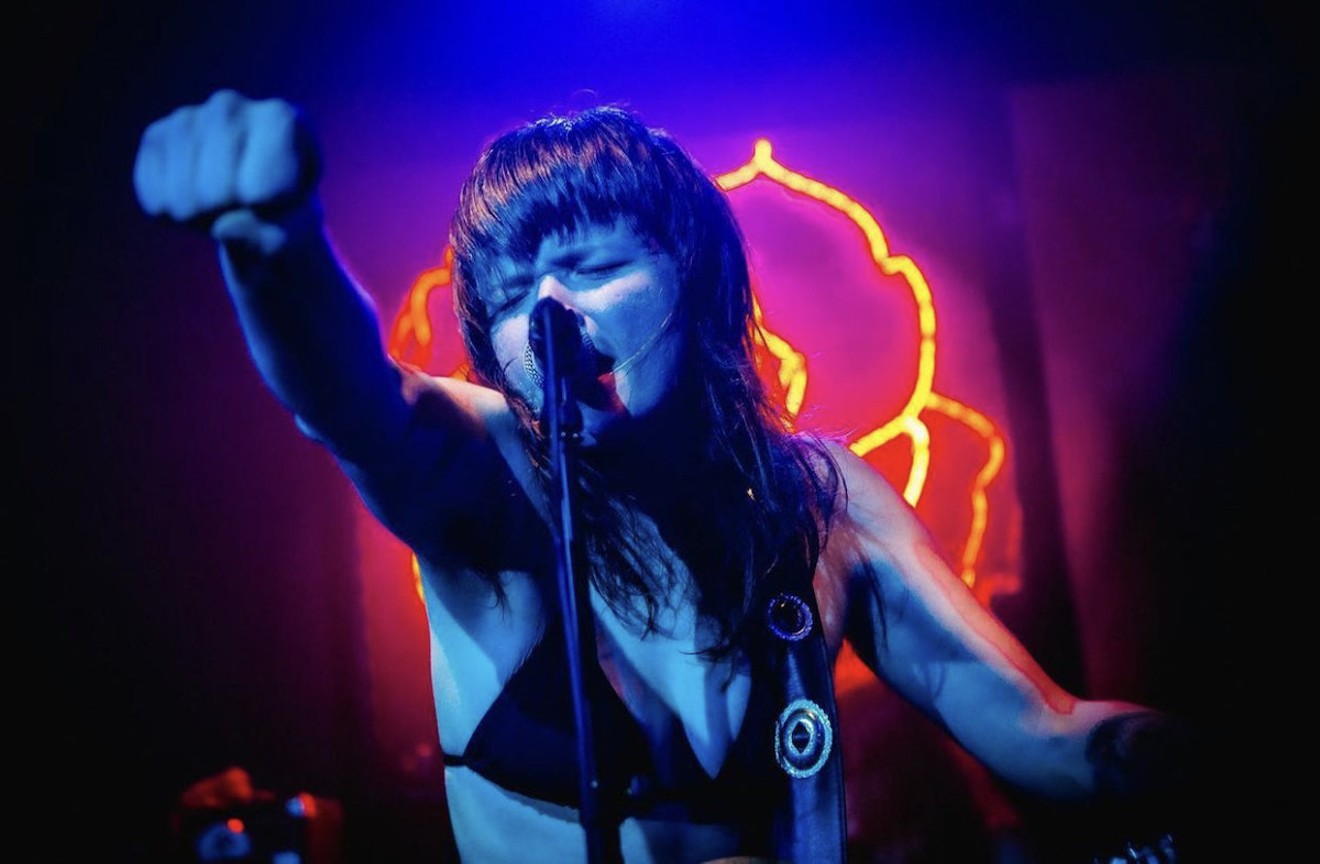 Thelma and the Sleaze performing at Las Rosas in 2018. Photo by @explodinglens
When Las Rosas opened in 2017, the idea was it would be a food-and-beverage concept with a focus on tequila. The bar's rock 'n' roll aesthetics were there from the get-go, but music was never meant to be its primary focus.

Owner Cesar Morales, the entrepreneur behind other hot spots like Wood Tavern and Tiki Garden, has always had a knack for observing what does and doesn't work and retooling his concepts as needed. Las Rosas was no exception.

Soon, B-Side opened in Las Rosas' backroom. It was a club-within-a-club concept that looked to attract crowds searching for hip-hop music to dance to. But when that didn't work, Morales retrofitted the backroom with a proper stage and sought the help of live-music promoters like Nayra Serrano.

Serrano had created a name for herself as the booker for Miami's legendary punk venue, Churchill's Pub.

"When I was booking at Churchill's, it obviously was a lot of local bands and working with a lot of different promoters," Serrano tells New Times. "Before I became a booker, I was actually a promoter, so I started off with the dying-off art form of passing out flyers. Then I started Idle Hands Productions with my husband, and we started doing a lot of punk shows and bringing down a lot of bands like Off! and Negative Approach."

If anyone could turn Las Rosas into a live-music haven, it was Serrano. And, sure enough, after she joined the venue as its program director in March 2018, her first booking was Nashville trio Thelma and the Sleaze. Since then, she has kept Las Rosas' stage occupied with countless local and touring acts and brought on a handful of promoters to help her keep things interesting. 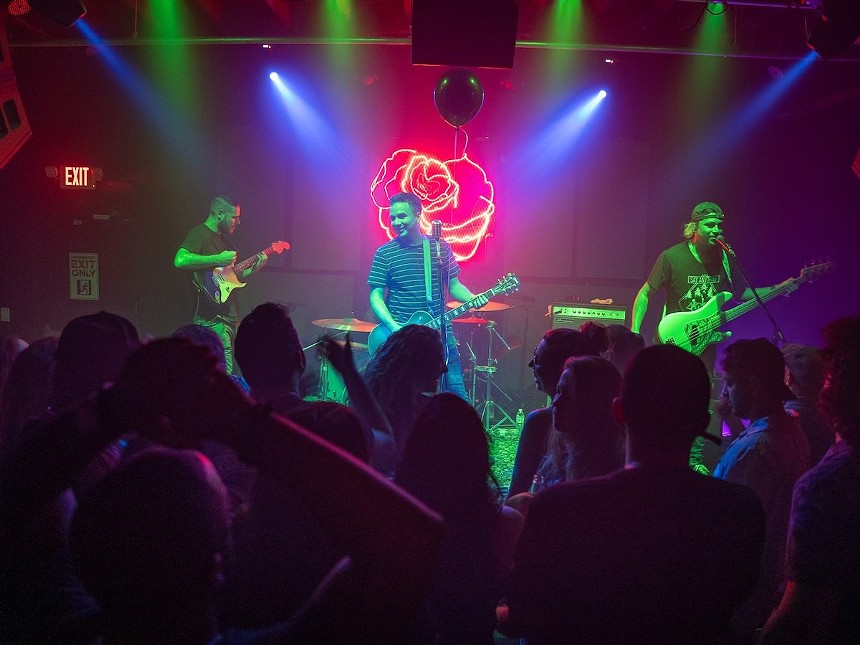 Best of all, there's no cover. Although, if you're a Las Rosas regular, you already knew that. The venue prides itself on never charging admission, regardless of who's playing on its stage.

"That's what I think makes Las Rosas such a special place. The fact that it doesn't charge a cover," Serrano says.

That also makes the thrill of discovering new music a low-risk activity at the venue. Las Rosas is the kind of spot where you don't have to check out who's playing that night. In fact, half the fun of going to Las Rosas is showing up, grabbing a seat at the bar, and then wandering to the backroom to see who's performing. If it's not your thing, you can just go back to sitting at the bar without wishing you'd gone elsewhere.

"I've had people walk in and not know that a band like the Casualties is playing and be like, 'Oh shit!" Serrano says.

Serrano also had an opportunity to host Wargasm and Scowl, who were scheduled to open for Limp Bizkit's show at Hard Rock Live on April 30. When the performance was canceled on the day of the show, the bands looked for a venue to perform and got put in touch with Serrano.

"I got a call from one of my promoters, John McHale. He was like, 'Hey, I have this band who needs to do a show,'" she remembers. "It was a very a last-minute show with Scowl and Wargasm, and we were just able to put things together and get that done for them."

Las Rosas Fifth Anniversary. 9 p.m. Thursday, June 2, through Saturday, June 4, at Las Rosas, 2898 NW Seventh Ave., Miami; lasrosasbar.com. Admission is free.
KEEP MIAMI NEW TIMES FREE... Since we started Miami New Times, it has been defined as the free, independent voice of Miami, and we'd like to keep it that way. With local media under siege, it's more important than ever for us to rally support behind funding our local journalism. You can help by participating in our "I Support" program, allowing us to keep offering readers access to our incisive coverage of local news, food and culture with no paywalls.
Make a one-time donation today for as little as $1.