Martin Garrix Photo by Rudgr.com for Ultra Music Festival
At the beginning of March 2020, when concern about the impending pandemic began to take over the world, people questioned whether it was safe to hold large-scale events. Well, it wasn't, and Ultra Music Festival — along with Calle Ocho — swiftly got the ax.

Many expected that 2021 would be the year everything would return to "normal" — including Ultra. But in January, Billboard reported that the festival's organizers had requested a permit for March 25-27, 2022, at Bayfront Park. The festival confirmed the news in February, triggering a mix of relief and disappointment among fans.

The past two years have been a short break in a two-decade journey of a festival that has lived many lives and reinvented itself many times. The future of live music is a constant question, but when the world comes to grips with a post-pandemic world — as it already has to a certain extent — Ultra will return.

Everyone will have to wait one more year to see how Ultra pulls it off. Until then, New Times is looking back at ten of the most memorable sets to grace the festival's many stages. Here they are, in alphabetical order by act name.

In one of the most memorable sets of Ultra 2019, Afrojack brought explosive energy and engaging stories imbued with progressive house, big-room, Brazilian house, dubstep blended seamlessly with a multitude of other subgenres for a one-of-a-kind musical treat.

After a wild rant and a promise never to play Ultra again, Deadmau5 proved himself the king of internet trolls with his 2014 set on the main stage, which included the now-infamous "Old MacDonald" remix of Martin Garrix's "Animals,” as well as honoring Avicii — whom he was filling in for — by dropping the "Levels" melody over his iconic track "Ghosts N Stuff."

In 2013, two months before they established themselves with the success of debut LP Settle, the English electronic duo Disclosure — brothers Howard and Guy Lawrence — made their U.S. debut on Ultra's live stage. Drawing a sizable crowd despite a 3 p.m. set, the duo showed the full range of its potential before going on to inspire an entire musical movement.

Drawing in the audience with his mystical progressive-house soundscapes before goading the crowd into dancing like there was no tomorrow, Eric Prydz brought his massive HOLO production to the Ultra's main stage. Gusty winds and bad weather during the set prevented the planned deployment of holographic effects, but Prydz still managed to give a memorable performance.

Celebrating another stop on his world-famous A State of Trance radio show, Armin van Buuren took over ASOT 600 Arena in 2014 as he does every year. Cloaked in a druid robe, the king of trance easily transitioned into a more progressive trance-house — fit for EDM-tinged festivals like Ultra — and rewarded his purist trance fans with a 90-minute set under the guise of Gaia.

Pioneers of 100 percent inorganic music, German quartet Kraftwerk graced Ultra’s live stage in 2012 with a thoughtful curation of some of the band’s best music. The set drew a capacity crowd of reverent fans who didn't seem to mind the foursome's typically minimalist stage presence.

Though Martin Garrix is a perennial crowd pleaser, his Ultra 2019 set took an unexpected turn toward darker sonic undertones, deviating from his signature progressive mode into an electro-tinged soundscape with a layer of lasers and high-quality visuals for added effect.

In her empowering and epic 2014 set on Ultra’s Live Stage, M.I.A. reminded everyone precisely why she’s an icon when she stopped the DJ during her song "Y.A.L.A.," calling on all the ladies in the crowd to join her, filling the stage with beautiful dancing ravers having the time of their lives.

As the line between electronic and pop music began to blur, more pop stars began making appearances on the Ultra stage. The best of pop breakthroughs at UMF was Skrillex’s main-stage set in 2015, when he performed with Diplo as Jack Ü and proceeded to bring on CL, Diddy, and, finally, Justin Bieber. Then he set the stage alight with hard-hitting drops and iconic moments galore, much to the crowd's delight.

With hits like "One," "Save the World," "Antidote," "Greyhound," and "Don't You Worry Child,” Steve Angello, Axwell, and Sebastian Ingrosso — who defined what it means to be an EDM-pop crossover group — began and ended their career with Ultra performances, in 2010 and 2013 respectively. When it comes to the EDM trio, you can’t mention their career-defining 2010 set without also thinking of their bittersweet farewell appearance in 2013. (The trio came together for a special set at Ultra 2018 before embarking on a reunion tour in 2019.)
KEEP MIAMI NEW TIMES FREE... Since we started Miami New Times, it has been defined as the free, independent voice of Miami, and we'd like to keep it that way. With local media under siege, it's more important than ever for us to rally support behind funding our local journalism. You can help by participating in our "I Support" program, allowing us to keep offering readers access to our incisive coverage of local news, food and culture with no paywalls.
Make a one-time donation today for as little as $1. 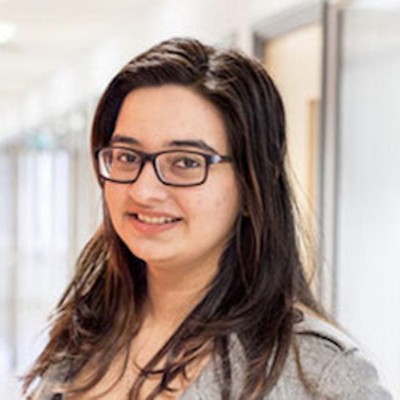