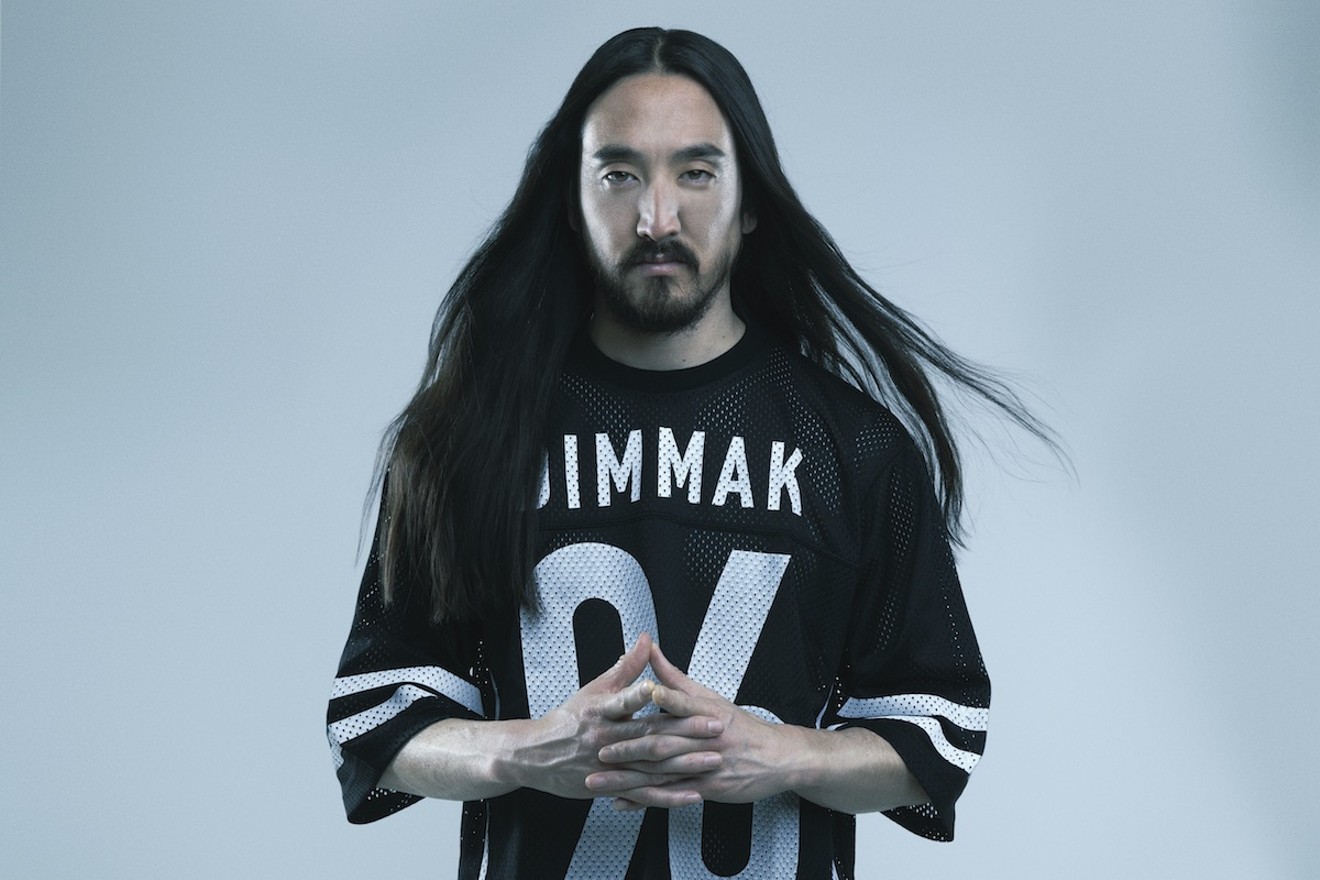 Yes, Monday is Memorial Day — but you wouldn't know that by looking at Miami. While the day honors those who've died serving in the armed forces, Miami — along with much of the U.S. — takes it as one big excuse to party.

Which is to say that if you're looking for more of the more...bacchanalian aspects of the weekend, South Florida has you covered. This weekend, your options include big-name DJs spinning poolside, an air-and-sea show, and an around-the-world adventure.

Wharf Around the World at the Wharf Miami

Skip the customs lines at Miami International Airport and hit the Wharf instead. The outdoor party venue tucked alongside the Miami River hosts its "Wharf Around the World Party" all weekend long. Upon arrival, guests receive a passport and can enjoy drink specials and entertainment from countries like Italy, Spain, Scotland, and France. For every purchase, you'll receive a stamp from each country, and if you manage to make the entire trek, you'll be rewarded with a commemorative T-shirt. 4 p.m. to 3 a.m. Friday, May 27, through Sunday, May 29, at the Wharf Miami, 114 SW North River Dr., Miami; wharfmiami.com. Admission is free.

Maybe you aren't looking to rage all weekend and want some calming indie rock instead? On Friday, Bright Eyes stops at the Fillmore Miami Beach to deliver all the feels. The Nebraska-bred band — known for cuts like "Lua," "Take It Easy (Love Nothing)," and "Singularity" — has some new music, too, in the form of 2020's Down in the Weeds, Where the World Once Was. 8 p.m. Friday, May 27, at the Fillmore Miami Beach, 1700 Washington Ave., Miami Beach; fillmoremb.com. Tickets cost $42.50 to $58.50 via livenation.com.

Free and family-friendly, the City of Fort Lauderdale's Great American Beach Party is always a guaranteed good vibe. While the bulk of the action centers on Las Olas Oceanside Park, much of the fiesta visibly spills onto the beach. Highlights include classic car and art shows, a sand-sculpting contest, water slides on the beach, a kid's zone, and live tunes. On the tunes front, classic horn outfit Brass Evolution takes the stage starting at 4 p.m. 11 a.m. to 6:30 p.m. Saturday, May 28, at Las Olas Oceanside Park, 3000 E. Las Olas Blvd., Fort Lauderdale; parks.fortlauderdale.gov. Admission is free

DJ extraordinaire Steve Aoki makes his way to the Seminole Hard Rock Hotel & Casino on Saturday with a day gig at Daer Dayclub. If "Boneless," "Just Hold On," or "Waste It On Me" don't get your ass moving, well, then that's on you. But don't go home just yet. Later that night, French producer DJ Snake takes over the decks at Daer Nightclub. Noon and 10 p.m. Saturday, May 28, at Daer, 5700 Seminole Way, Hollywood; hardrocknightlife.com. Tickets cost $50.

The Hyundai Air & Sea Show is back for another year of high-flying fun, with action soaring over Miami Beach Saturday and Sunday. Among your options for taking it all in is the Gabriel South Beach, which is hosting a free party on its hidden rooftop. Guests will enjoy patriotic décor, DJ tunes, and panoramic vistas of the planes soaring by. There will be beer, wine, and cocktails for purchase when you get thirsty. Noon to 5:30 p.m. Saturday, May 28, at the Gabriel South Beach, 640 Ocean Dr., Miami Beach; thegabrielsouthbeach.com. Admission is free.

Perhaps you've heard the anthem-meets-club jam "Love Brand New" on radio waves near and far lately? That would be the Canadian electronic duo of Bob Moses behind it. Bob Moses has been gracing us with techno-infused goodness for a decade, and amid this big milestone, the duo will spin at Club Space Sunday night. (You probably have Monday off, so, yay.) 10 p.m. Sunday, May 29. at Club Space, 34 NE 11th St., Miami; clubspace.com. Tickets cost $20 to $80 via eventbrite.com.

Best of the Best at Bayfront Park

Sixteen years in, the Best of the Best continues to live up to its name. Spanning ten hours and showcasing the best in Caribbean music, this is a total Miami cultural lovefest, from the Biscayne Bay views to the world-class acts gracing the fest's big stage. Headliners for the 2022 event include a trio of Jamaicans, including reggae legend Beres Hammond, singer and "Ghetto Story" artist Cham, and dancehall extraordinaire Mr. Vegas. 3 to 11 p.m. Sunday, May 29, at Bayfront Park, 301 Biscayne Blvd., Miami; bestofthebestconcert.com. Tickets cost $65 to $160.

After you celebrate the Caribbean on Sunday at the Best of the Best Music Fest, hit North Beach Bandshell on Monday to showcase your Brazilian love. The Miamibloco Brazilian Social promises a street samba vibe. If you've ever wanted to experience the magic of Rio de Janeiro's carnival, this is your opportunity to do so in the 305. During this four-hour colorful journey, headlining artists include jazz staple Munir Hossn, electro-funk outfit Afrobeta, and funkmaster Alejandro Elizondo. 6 to 10 p.m. Monday, May 30, at North Beach Bandshell, 7275 Collins Ave., Miami Beach; northbeachbandshell.com. Tickets are $25 via eventbrite.com.

Perhaps you've seen him on Geordie Shore, the British spin-off of Jersey Shore. Or maybe you've jammed to his global hit "Head & Heart" repeatedly. Regardless, you can catch English producer Joel Corry at SLS Brickell's pool on Monday afternoon. Opening for Corry are Amal Nemer and Not So Human. Noon Monday, May 30, at SLS Brickell, 1300 S. Miami Ave., Miami; sbe.com. Tickets cost $35 to $50 via tixr.com.
KEEP MIAMI NEW TIMES FREE... Since we started Miami New Times, it has been defined as the free, independent voice of Miami, and we'd like to keep it that way. With local media under siege, it's more important than ever for us to rally support behind funding our local journalism. You can help by participating in our "I Support" program, allowing us to keep offering readers access to our incisive coverage of local news, food and culture with no paywalls.
Make a one-time donation today for as little as $1.