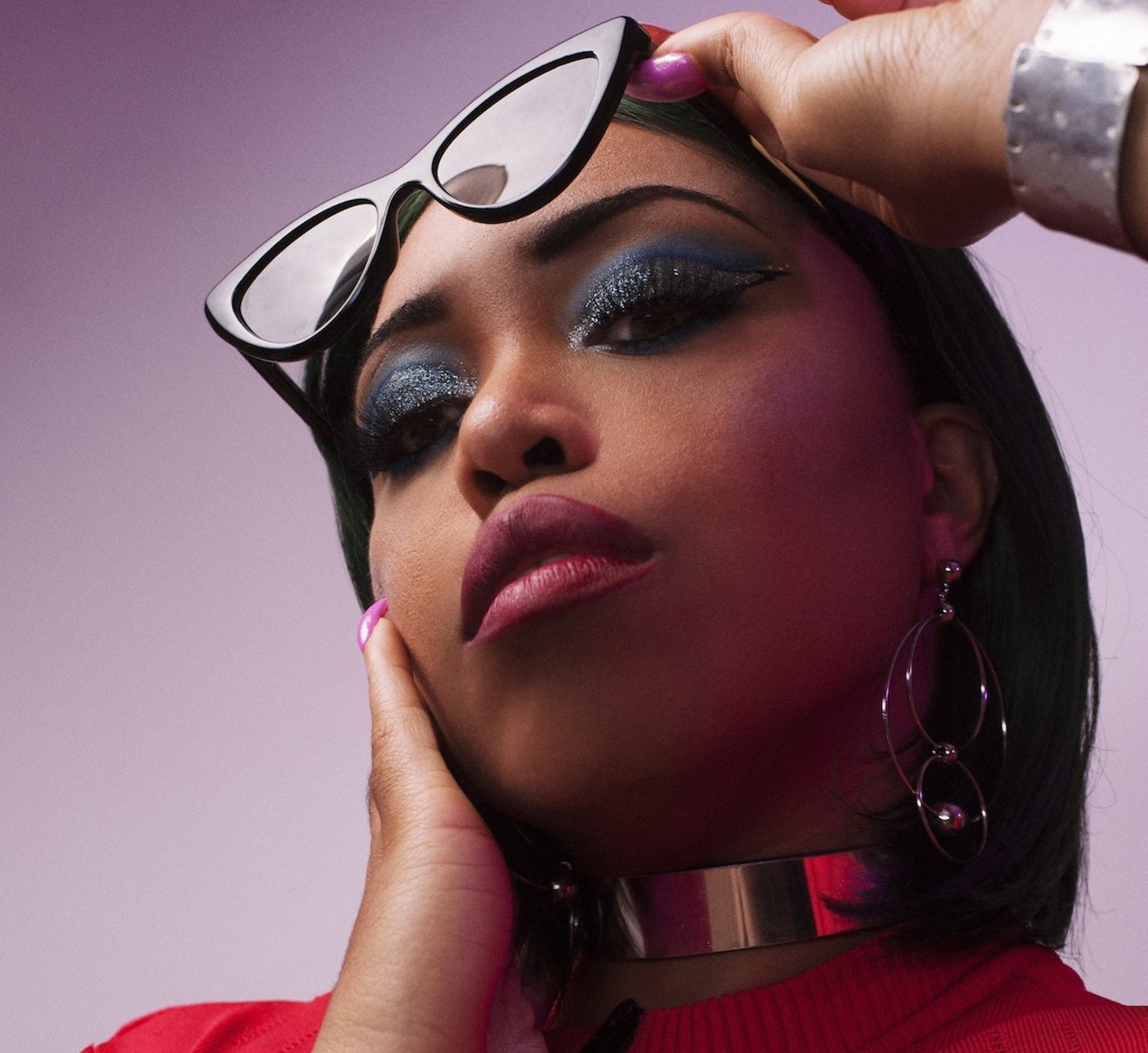 Suzi Analogue Photo by Chelsey Croucher
Suzi Analogue can't keep sights and sounds separate. In fact, the Miami-based musician, songwriter, and producer lives with synesthesia, a neurological condition that causes one sensory pathway (i.e., hearing) to influence another (vision). In her case, music and visual expression are one and the same.

That explains why Suzi Analogue (real name Maya Shipman) is a fashionista and a music gear-head. You're equally likely to find her digging through racks of neon clothing or crates of old vinyl records. She has one foot on the runway and the other on an effects pedal. True to her stage name, Shipman has harbored a lifelong obsession with music hardware — samplers, synthesizers, drum machines, and whatever else she can get her manicured fingers on.

"It's like a way of communication for me," she says. "I understand something about synthesis and powered sound that I can't quite put into words."

On the phone with New Times while shopping for "show looks," Shipman explains that she's been into fashion design since high school and that over the years she's produced a series of short-lived, self-made clothing brands.

"I was making pieces for myself, and people would want to buy them, so I'd accidentally become a brand," she says. "I was like, 'I know people actually want to do this for real, but I guess I'll just do this until my next EP drops.'"

The eye-popping colors, style, and sexiness of Miami are part of what motivated Shipman to relocate from New York City late in 2016. She also considered moving to Los Angeles but wasn't convinced it would be a good decision in terms of health.

"What about the air quality? Hi. It's polluted," she says of L.A. "I grew up seeing a lot of producers and artists live really unhealthy lifestyles, especially in hip-hop and electronic music. So I'm making it a point in my own career to pay attention to health and self-care so I can contribute to music culture, and culture overall, and not make myself sick, you know?"

Suzi Analogue
Courtesy photo
She also appreciates Miami's diversity of voices on social issues. Shipman identifies as a womanist and is a member of (F)empower, a collective of creative women of color, including dancers, poets, graphic designers, and songwriters. She has a history of speaking out on the working conditions of women in the male-dominated music industry, and she's seeing a renaissance among artists "who are really pioneering a new wave here in Miami," she says. "The local women creatives here are just killing it."

Shipman's obsession with technology began in childhood, when she always had the latest pocket diaries and Tamagotchi digital pets. In terms of music, she first recorded herself at 9 years old and began messing around with music programs on her PC when she was a teenager. Like any young artist, she made due with the best resources available at the time. "Whatever little keyboards I could get my hands on, I'd record those," she says. And even then, her music and visual art were inextricable.

"I would write songs and make my own comics," she recalls. "It's something about seeing the visual stuff that really compels me to go harder when I create music."

As an adult, Shipman says, she's maintained her musical curiosity and now has access to all kinds of gadgets. In fact, as her reputation has grown as a purveyor of strange noises, she's scored sponsorship deals with Moog Music, Teenage Engineering, and the DJ software company Serato.

While performing as Suzi Analogue, she's definitely no boring laptop jockey. She takes risks, often using various pieces of hardware — analog, of course — to process and tweak her singing voice.

"It's mostly winging it," Shipman says of her shows. "I choose the keys I'm going to sing in and sometimes certain phrases; sometimes it's freestyling. I like to interpolate hip-hop and pop songs into what I do vocally... It's really just me communicating raw. There's something about manipulating my voice live, on the spot, that I want people to take away. We live in an age of Auto-Tune, in the age of 'the vocal has to be perfect.' I don't subscribe to that way of thinking.

"I mean, songs are edited now to take out breathing," she continues. "That's kind of insane."

Maybe it's the synesthesia, but she can't help using a visual analogy to describe the airbrushed music on pop radio: "It's just like Photoshop."