As the World Burns, Seven Serpents' "Season of the Noose" Captures the Mental Struggles 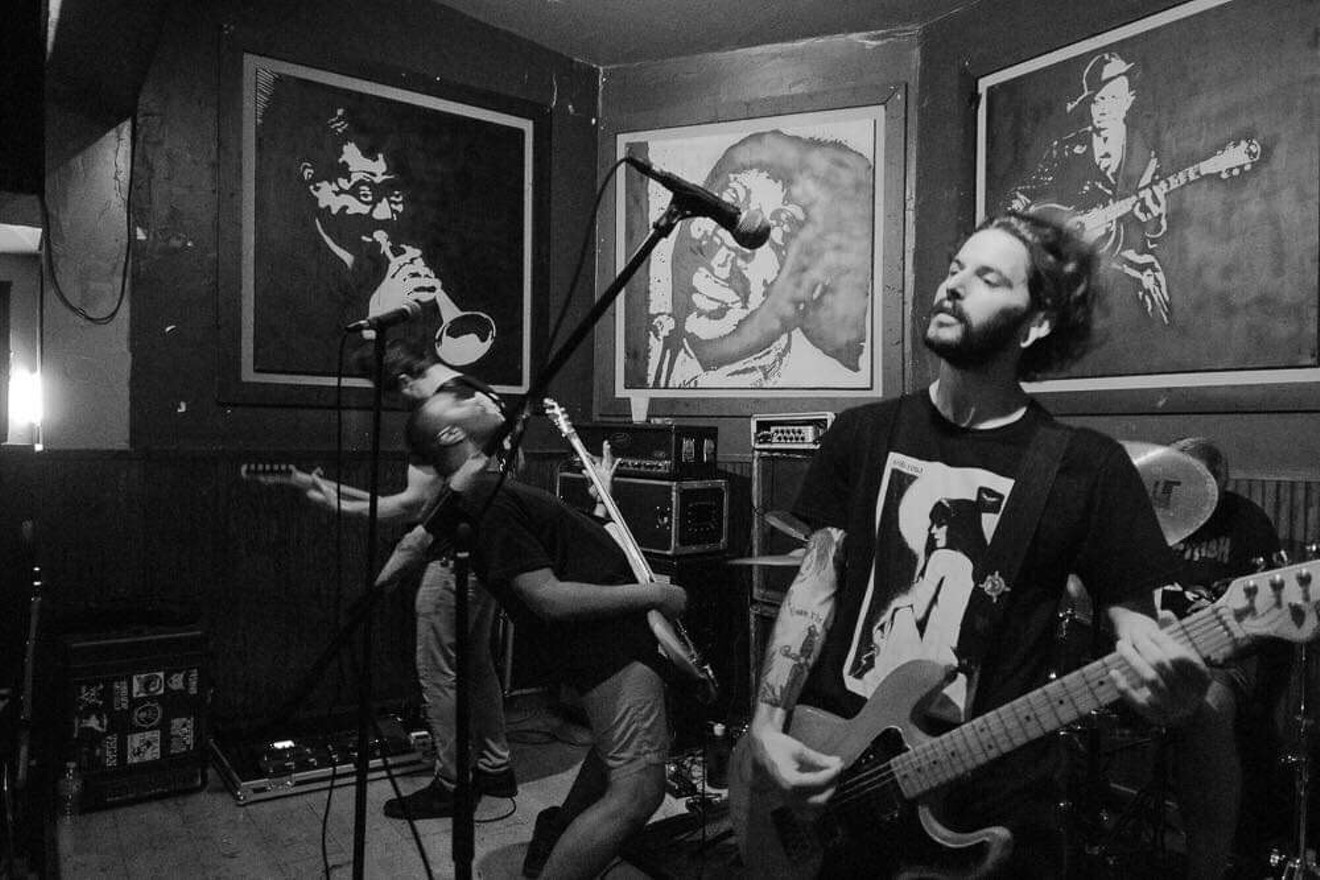 The release, which serves as a tease for the band's yet-to-be-released album, Damned to Existence, features a sludgy yet deliberate tempo that at times stands in contrast to some of the band members' background in the more frenetic genre of hardcore. (Bass player Sam Ogonuwe and lead singer Michael Darling were formerly in the hardcore band Nemesis.) Instead, "Season of the Noose" skews more sludge metal, a mixture of hardcore and doom.

The single's title acknowledges the mental challenges many people have faced during a global pandemic and economic recession with no end in sight — not that Seven Serpents is trying to make some type of outward political statement. That would be very un-metal. Still, it speaks of a moment in time that has weighed heavily on everyone.

“Diving deep into depression and mental illness, and I think a lot of what everyone's going through right now with their whole way of life changing and kind of feeling like you can't escape it,” vocalist and guitarist Michael Darling explains.

“Lust for the looped end/Of a short rope/Could you be saved/Hanging from hope,” Darling screams in the opening verse.
Despite its timely themes, "Season of the Noose" — and the rest of the songs on Damned to Existence — was written prior to the onset of the pandemic.

“We try to purposely step away from our hardcore roots to do something new," Darling says of the band's earlier work. "But the more the band goes on — especially you can hear in the single — it's just a lot more aggressive than some of our earlier stuff that was much slower."

Listen to Seven Serpents' self -titled EP from 2015 or the 2018 EP Garden of Eyes and you'll encounter a more traditional mix of metal and psychedelic rock. Make no mistake: The band's earlier work still hits hard, but with "Season of the Noose," Seven Serpents' transition into something heavier seems complete.

Unfortunately, for the band, being able to perform its heavier work in front of a live audience isn't yet possible. The members of Seven Serpents see live performances as an essential part of keeping their musical skills sharpened.

“A lot of the feeling down is because we’re not playing a lot. We really miss playing out,” Darling admits. “The [hardcore] scene should bounce back pretty quickly, though, because it’s just such a tight-knit group.”

Before the shutdown, Seven Serpents had begun playing shows in Miami. And while some local venues are attempting to get back to staging live performances, the band has opted to wait it out. Still, they all look forward to the day they can return to the stage at Las Rosas in Miami's Allapattah neighborhood.

“We love going there," Darling adds. "The sound is amazing. The events are awesome. We were treated very well, and the shows are always so much fun. People will come out of nowhere like any day and time of the week."
KEEP MIAMI NEW TIMES FREE... Since we started Miami New Times, it has been defined as the free, independent voice of Miami, and we'd like to keep it that way. With local media under siege, it's more important than ever for us to rally support behind funding our local journalism. You can help by participating in our "I Support" program, allowing us to keep offering readers access to our incisive coverage of local news, food and culture with no paywalls.
Make a one-time donation today for as little as $1.