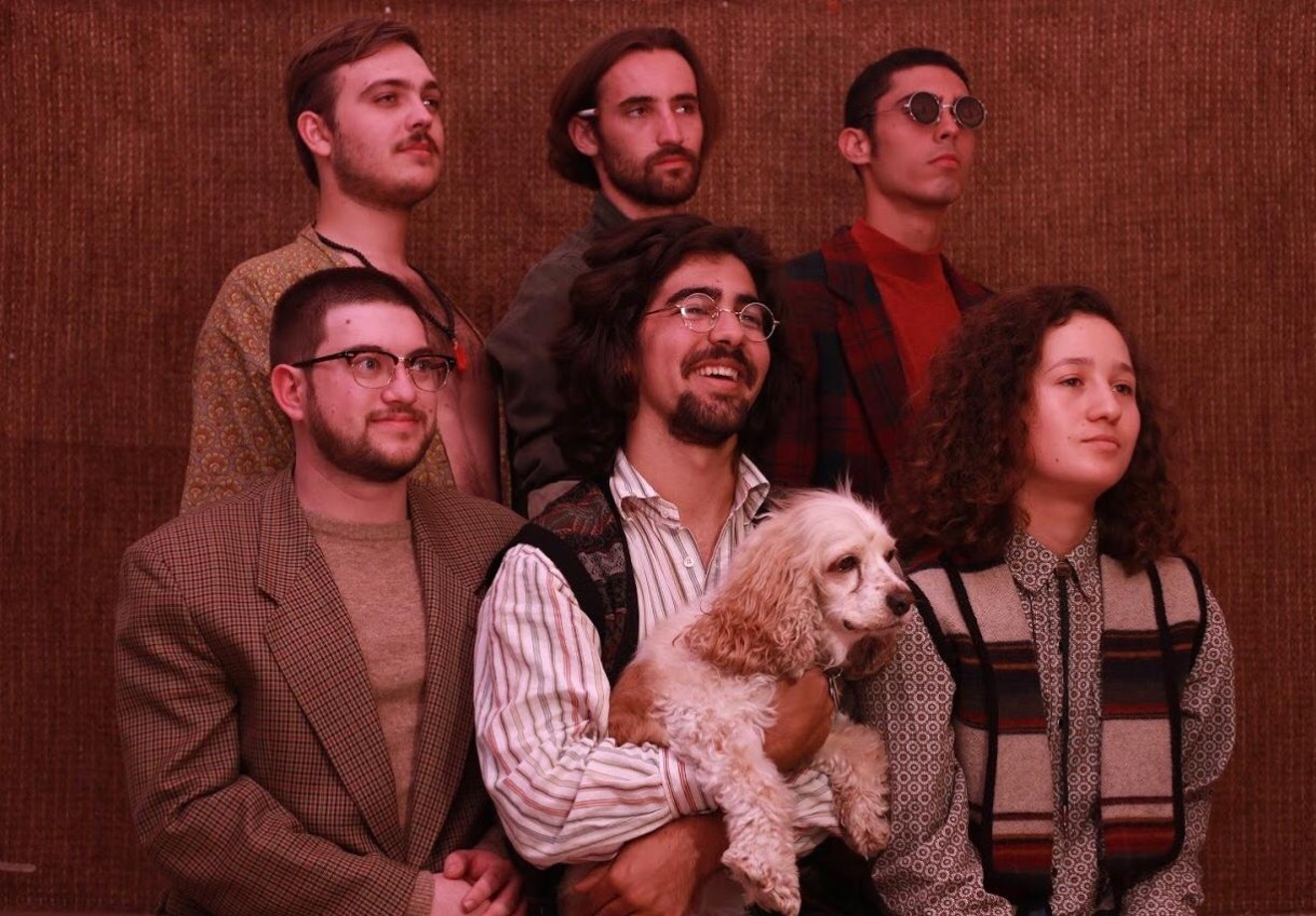 Wax Worms Photo by Andrew Tobar
At a time of uncertainty, a global pandemic, and economic turmoil, the Wax Worms offer a sense of serenity and escapism. What started as a collection of songs written by frontman Max Harrison in his bedroom back in 2016 has coalesced into a six-piece neo-psychedelic soft-rock group.

Inspired by the likes of the Beatles, Pink Floyd, and Sixties pop songwriting, the Wax Worms bring a mixture of laidback, dreamy melodies the band calls "rock 'n' stroll." Believing that the age of the ultracool rockstar is over, the band focuses on relatable if somewhat mundane topics like love, car troubles, and dogs.

“It’s just not cool anymore to have these mega rockstars on stage. It’s disingenuous and doesn’t fit with what we want to be as a band,” says drummer Caleb Carr. “I understand the context and why it was so incredibly popular to have people be larger than life and almost untouchable, but that’s extremely unrealistic at this point. People want to hear music they can connect to — something personable — and that’s what we’re here for.”

The band’s name is an eclectic mix of references. A literal nod to its namesake larva, it's also a pun on the portmanteau earworm, with wax (i.e., vinyl) standing in for the aural receptor.

“I see it as we’re imaginary creatures that get created through spinning records,” Harrison says.

The band began as a trio in 2017, and new members were added as Harrison’s melodic bedroom tunes evolved. Keyboardist Alejandro Quevedo became the second permanent member of the group after attending the Wax Worms' live debut at the now-closed Travelers Lounge, and rhythm guitarist Emma Sherman, guitarist Ryan Garcia, and Carr were added to the lineup in September 2019.

“It initially started off with me just being a filler for the guitar. Max needed someone for a show, and I was happy to do it” Garcia says. "Eventually, it got to the point where I was playing so many shows with them that I asked my mom if I should ask [Max] if I should join full-time. Max just laughed and said I was practically in the band already and was ecstatic that I was on board."

The Wax Worms · So Lovely She's Zadie
The last member to join was bassist Jesse Velasquez, who brought a surf-pop influence to complement Quevedo's psychedelic synth work, Carr's shapeshifting sounds, and Sherman's jangly rhythms. Armed with all these elements, the Wax Worms set out to record its debut EP, So Lovely She’s Zadie.

"Coltrane has a crazy collection of vintage gear. I sang into a mic that was from the '40s that they bought from the Radio City Music Hall," Harrison says. "That definitely inspired us. It also helped that we were listening to a bunch of Pink Floyd and Beatles records during the recording process."

After working with Mackendrick, the Worms found themselves wanting to experiment with distorting their sound to produce the lo-fi record they dreamed of. The result is So Lovely She’s Zadie, a five-track EP that includes the highly praised single “Matilda,” along with “Lovely Zadie” and “The View."

The EP debuted earlier than expected thanks to the shutdown. When Harrison’s job as acting general manager at Florida International University's radio station, WRGP, switched to remote, he had more time to work on the record. After a few weeks in quarantine and multiple Zoom sessions between Quevedo, Garcia, and Harrison, the EP was finished and released on May 24.

"Alejandro and I would hop on a Zoom call with Ryan where he'd show us his screen and any audio he was mixing. It was a weird process with audio delays," Harrison admits. "Once a master was done, Ryan would send us something, and we'd sit in our cars listening to it just to make sure every little detail was right. We wanted it out, and we wanted it done."
KEEP MIAMI NEW TIMES FREE... Since we started Miami New Times, it has been defined as the free, independent voice of Miami, and we'd like to keep it that way. With local media under siege, it's more important than ever for us to rally support behind funding our local journalism. You can help by participating in our "I Support" program, allowing us to keep offering readers access to our incisive coverage of local news, food and culture with no paywalls.
Make a one-time donation today for as little as $1.