Danny Ocean Works on His Sophomore Album While Quarantined in Miami 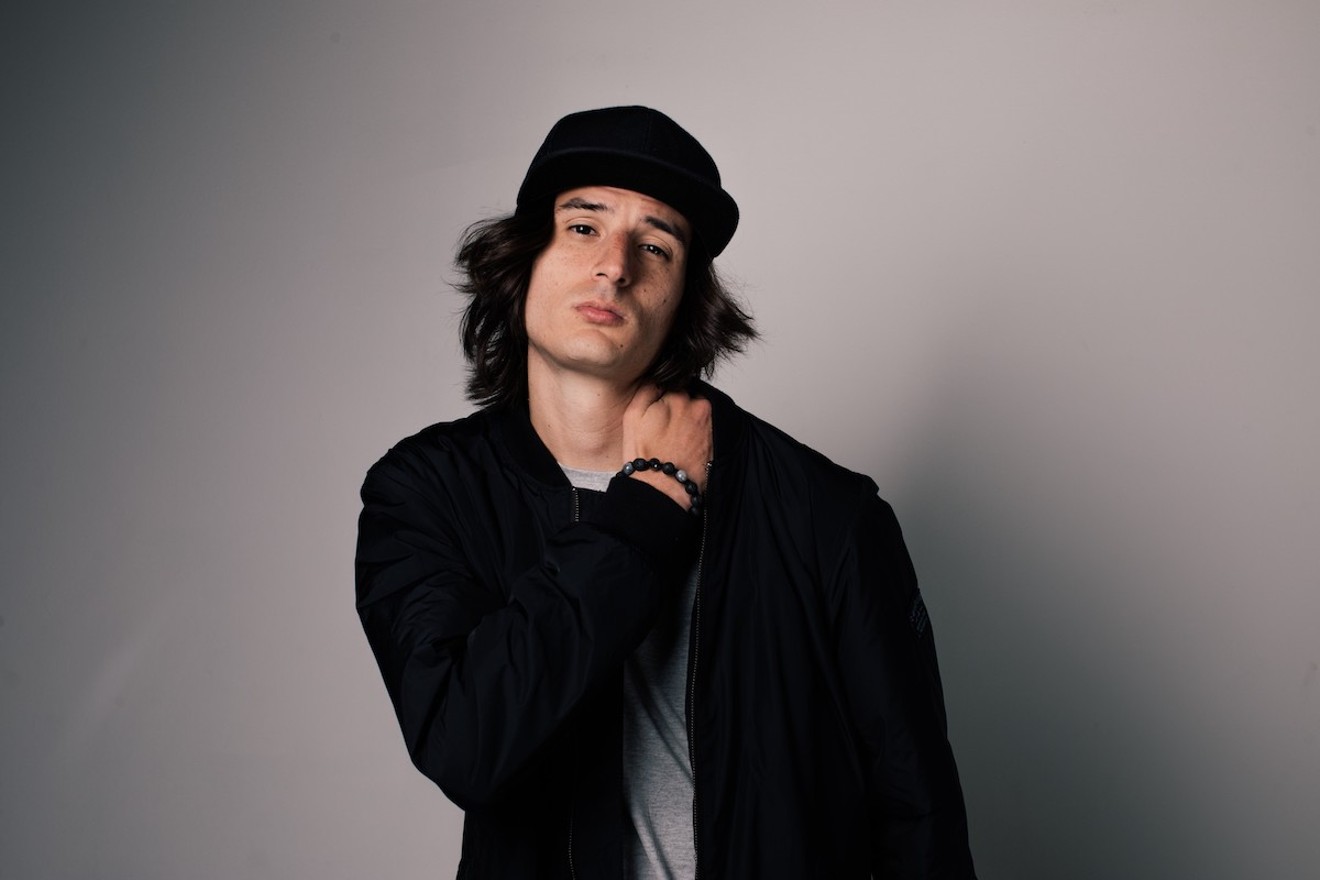 Danny Ocean Photo by Vomba
Danny Ocean knew he wanted to do something special to celebrate the one-year anniversary of his debut studio album, 54+1 in late March. But the floppy-haired Venezuelan singer just wasn't sure what to do. Then the pandemic hit, and Ocean was forced to shelter in place at his apartment in Edgewater.

Rather than put plans on hold, Ocean — best known for his global hit song "Me Rehúso" — decided to make a music video for his latest single, "Báilame," inside his apartment.

In the video, Ocean doesn't take the viewer on a tour of his lavish digs the way Drake does in his quarantine visual for "Toosie Slide." There's no choreography like in Haim's video for "I Know Alone." The "Báilame" video is just Ocean, his apartment, and a spectacular view of Biscayne Bay.

"I recently moved to that apartment and wanted to squeeze in the view that I have," Ocean tells New Times over the phone. "We just thought this apartment had a great vibe for 'Báilame.' It's a low-tempo song — romantic."

The video has racked up more than 2.6 million views on YouTube since its release in April. It won't match the 159 million-plus views "Me Rehúso" earned on YouTube, but that was never the goal. After all, the "Báilame" video was only a three-person shoot involving Ocean, his producer, and an assistant.

"It took us like two or three days to film," Ocean recounts. "We had to catch the dawn and sunrise. We weren't looking for quality, to be honest. We were looking for something genuine and were focused on the vibe more than anything. We shot it with a pocket camera I bought last year."

Also released in April was the video for Ocean's collaboration with Nibal, Feid, and Justin Quiles, "Cuando Amanezca." Ocean says he only did four takes for the grainy document, which is meant to look like an Instagram Live recording.

The Latin pop crooner intimates that he might not be finished.

"Maybe there could be a music video coming soon," Ocean says without elaborating.
When it comes to talking about his still-untitled sophomore album, however, Ocean is less tight-lipped.

He says he began working on the album last September in Argentina and then Mexico. Now he's in the late stages of the process, which involves "cleaning" the album up in his adopted home of Miami.

A native of Caracas, Ocean, who turned 28 in May, moved to Miami in 2015 because of the economic crisis in Venezuela. As the story goes, he didn't have money to send a Valentine's Day gift to a young woman he left behind, so he wrote her a song instead. That song, "Me Rehúso," caught on via social media, notably Spotify, and led to him signing with Warner Music Group in 2017.

54+1 was released in 2019 and featured Ocean's raspy voice singing over breezy urban Latin beats. (The 54 in album's title was the number of Ocean's Caracas apartment, and the 1 references the bonus track.)

As far as what fans can expect on Ocean's follow-up, he isn't offering any clues. He isn't the same unknown singer that he was when he wrote many of the songs on his debut in his bedroom, even if he does still sport the same flat-brimmed cap and baggy T-shirt — a look that has helped him stand out in the urbano music scene, where flashy jewelry and shades are the norm.

One thing Ocean did reveal about the new record is that it will be more of a team effort this time around.

"I wrote songs with other songwriters," Ocean says. "I've been more collaborative. It's me with friends I've made since I signed [with the label]. I produced some songs, but I'm now more open and working with lots of other producers too. My main producer has been stuck with me for months. It's cool because it's helped us to kill time. All of this quarantine time has been creative time."
KEEP MIAMI NEW TIMES FREE... Since we started Miami New Times, it has been defined as the free, independent voice of Miami, and we'd like to keep it that way. With local media under siege, it's more important than ever for us to rally support behind funding our local journalism. You can help by participating in our "I Support" program, allowing us to keep offering readers access to our incisive coverage of local news, food and culture with no paywalls.
Make a one-time donation today for as little as $1.