"Terrified of Touring": Purity Ring Hits the Road Despite Anxiety 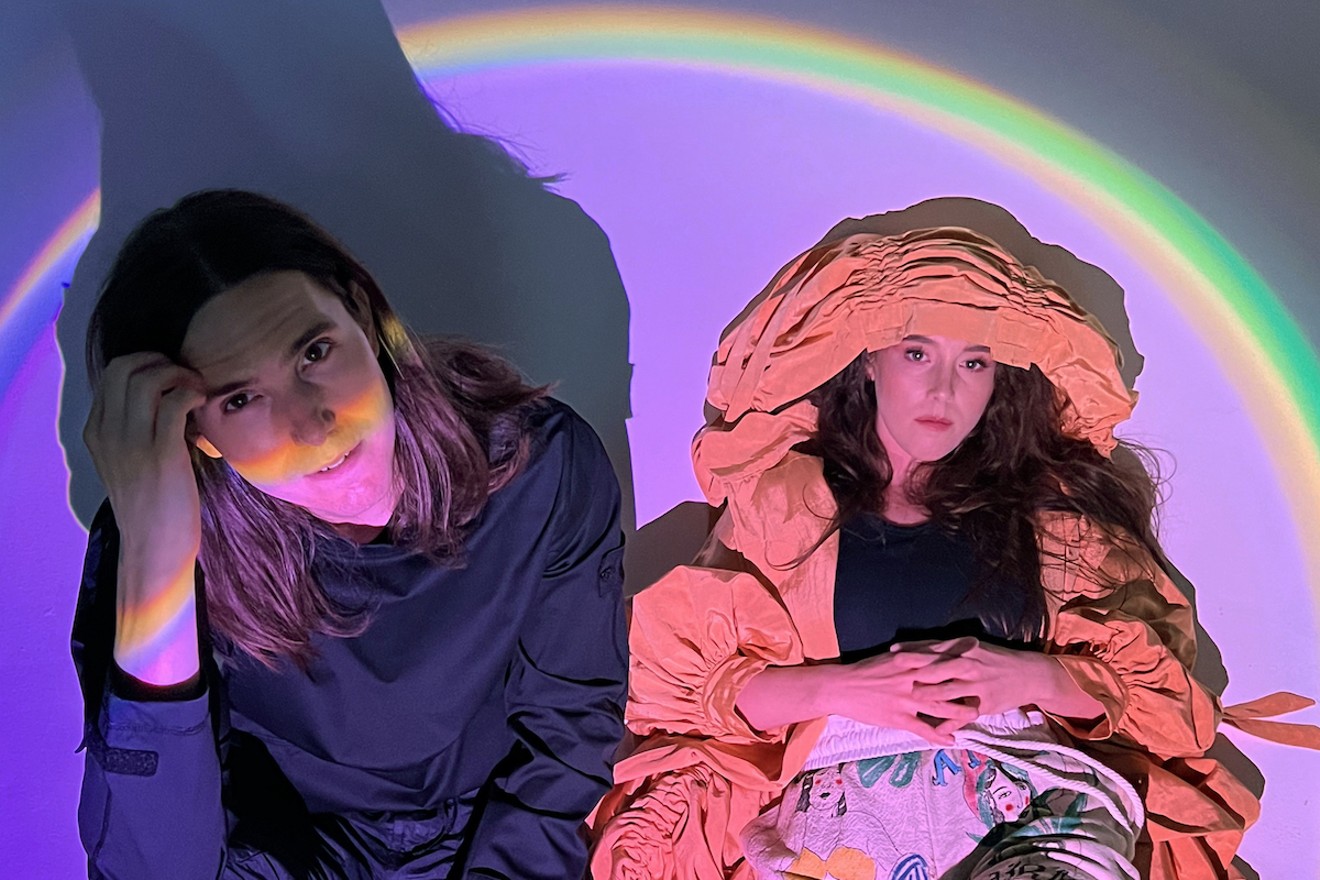 A decade later and three LPs in, the Canadian duo is finally back on the road — and it's been a long time coming. Purity Ring's third album, Womb, dropped in April 2020, effectively guaranteeing that a regular touring cycle and promotion wouldn't happen. Last year, the band announced it would embark on a fall tour, only to see it pushed back to 2022.

Not that James minded. With the pandemic still very much a thing, she's anxious about anyone on the tour getting sick. When asked if she was eager to return to the road, James responds, "Not really."

"I feel terrified of touring right now," she admits. "Musicians are in a very tough position, and there isn't a lot of help for that. I was on the fence every day about this tour. I was before it started, and I still am constantly like, 'This is a bad idea. Should we really be doing this? Do we have to?'"

In the end, James and Roddick decided to press on with the tour, acknowledging that every artist is in a precarious situation when it comes to supporting their work on the road. It had also been so long since Purity Ring toured that they felt like fans had waited long enough.

"We don't make albums very fast, and it's been looming over us for the whole pandemic because we just kept pushing," James says.

To ease her anxiety, James is actively encouraging concertgoers to wear masks during their shows. She says she feels more at ease when she sees masked faces in the crowd.

"Our fans are so sweet, and I feel like they understand," she adds. "That's a really nice part of the tour — seeing how many people know us and want to support us not just by buying a ticket but by listening to how we feel about touring right now."

The delay also seems worth it because since releasing Womb in 2020, Purity Ring dropped a seven-track EP, Graves, last month. Shy of 20 minutes long, the record feels like a thank-you gift to fans for their patience. The title track stems from a melody the band had worked on back in 2014 during the sessions for Another Eternity. After deciding that it was too dark for the bright sounds that came to comprise that album, the pair shelved it, only to revisit it as the pandemic set in.

"We knew it was good, and we liked it, but it wasn't right," James says. "In 2020, [Roddick] showed me the original version, and I hadn't heard the song in like probably five years. And I was like, "Oh my God, this song is amazing! We have to cut it up!'"
Its 2022 incarnation is a synth-laden contemplation featuring the band's signature macabre lyricism with James' dewy vocals. "Cover me from top down/Pleading with the weeds/Slow lowly as your head bows/Follow, follow me."

And while you think you'd be remiss for not noticing that Graves follows Womb — somehow feeling like a journey from birth to death — James says its purely coincidental.

"I don't mean for them to all be related, but they are from us, so it makes sense," she clarifies.

Indeed, a decade in, Purity Ring has amassed a string of recognizable hits that continue to draw in fans old and new. From the harp melodies on "Bodyache" to the glitchy beauty of "Fineshrine," James and Roddick have secured their spot on the indie-pop pantheon. The band's catalog still gets used frequently in media — "Fineshrine" anchors an episode of Letterkenny and "Obedear" serves as the theme for Search Party.

Released in 2012, "Obedear" has become Purity Ring's most emblematic song, and even ten years later, it sounds just as fresh as the day it came out. James thinks Search Party has kept the song in the public's consciousness.

"Every season it was renewed, I was like, 'Yes! This is amazing!'" she says. "I love that show, so I was very excited about them using it."

She says "Obedear" is Roddick's favorite song off Shrines, and they still enjoy playing it live.

If you've ever seen Purity Ring live, you know that the band makes a ton of effort to imbue their shows with an otherworldly feeling. Those who witnessed the duo's 2012 performance during Miami Art Week will remember the arresting sensation of seeing James and Roddick play as glowing orbs surrounded them. For the band's current tour, James says fans can expect the same bewitching mood, with a "simple but effective" setup.

"I don't know if it sounds as exciting as it looks because we have a projector," James notes. "The visuals are really what makes it the most exciting. We worked with a Notch artist, Brett Bolton, who did the art for the songs that do have visuals. It's really cool because it's in Notch, and no two shows are the same."

Purity Ring. With Ekkstacy. 7 p.m. Saturday, July 9, at Revolution Live, 100 SW Third Ave., Fort Lauderdale; 954-449-1025; jointherevolution.net. Tickets cost $25.50 via ticketmaster.com.
KEEP MIAMI NEW TIMES FREE... Since we started Miami New Times, it has been defined as the free, independent voice of Miami, and we'd like to keep it that way. With local media under siege, it's more important than ever for us to rally support behind funding our local journalism. You can help by participating in our "I Support" program, allowing us to keep offering readers access to our incisive coverage of local news, food and culture with no paywalls.
Make a one-time donation today for as little as $1.