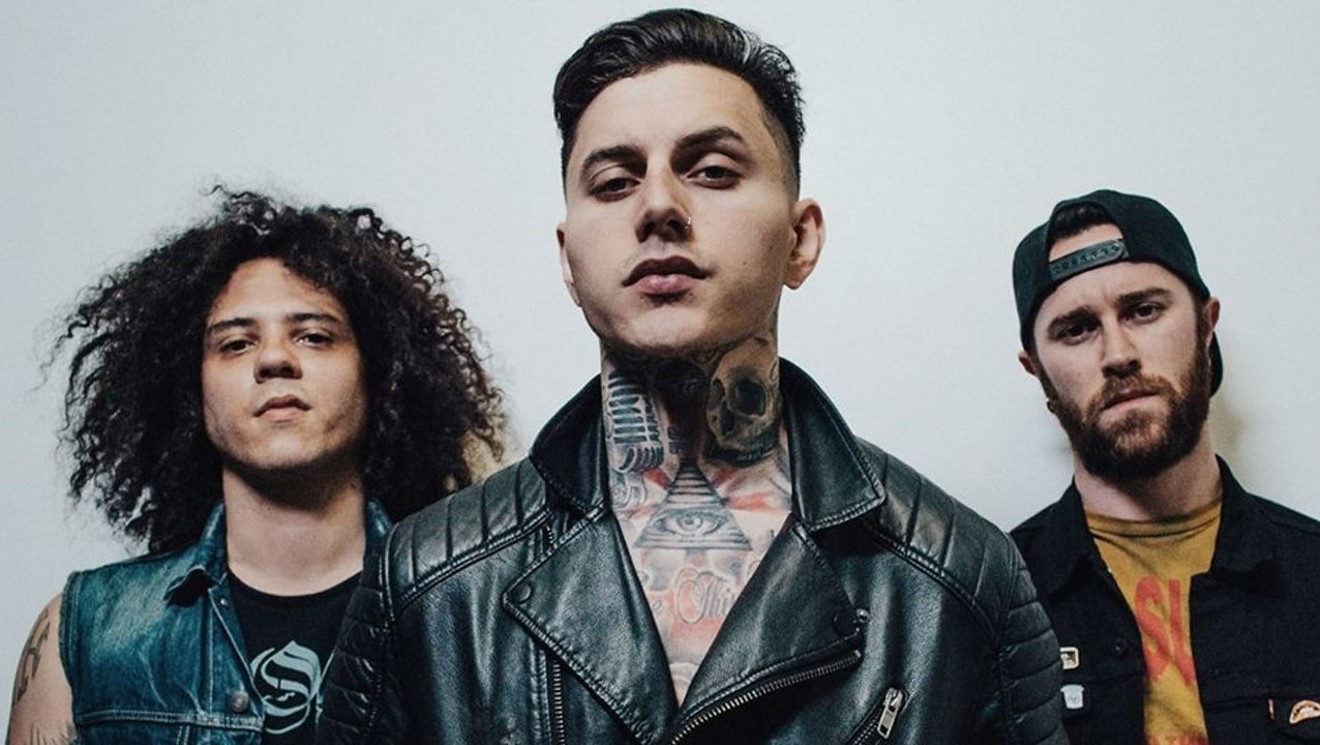 Black Tide Photo by Raul Garcia
To celebrate the tenth anniversary of Black Tide's debut album, Kendall's biggest metal band will reunite June 1 at Churchill's Pub. For now, it's a one-time gig, bassist Zakk Sandler explains. "People keep asking if we're going to play more shows or if we're going to do a record. No. We're going to play this show, and then we'll go from there."

Sandler and singer/guitarist Gabriel Garcia founded Black Tide under the name Radio in 2004, back when they were pip-squeaks. "We'd play at Churchill's; a place called Kaffe Krystal was our home venue. There were so few clubs to play at," Sandler reminisces. "It was mostly garages and backyard parties."

From those humble beginnings, Black Tide quickly found itself at the top of the metal world. The bandmates signed with Interscope Records, which released their first two albums, 2008's Light From Above and 2011's Post Mortem; played Ozzfest; and hobnobbed with some of their musical heroes. "There were so many great moments," Sandler says. "We played with Avenge Sevenfold. We shared a tour with Slipknot. We were once at an awards show sitting next to Metallica and talking shit with them. I couldn't believe that Lars Ulrich knew our band existed."

Though Sandler battled addiction during those peak years, he credits the band members' Kendall upbringing with keeping them from getting too far lost. "When I did interviews when I was 18, I'd say Kendall didn't shape us. But now that I'm almost 30, I see being in this supportive community helped us stay normal. It kept us grounded. If we'd moved to L.A. or Chicago, I don't think we'd be here. Our community doesn't thrive on heavy music. There's frustration from some people in the scene that South Florida isn't the Sunset Strip in the '80s, but there are so many talented musicians. I've got a lot of friends who came up in the metal scene and now tour with Latin pop stars."

Sandler left Black Tide in early 2013 (though not to play with Jon Secada), and after a few replacements, the band officially broke up in 2016. But Sandler's current band, Falling in Reverse, is on a break between tours. Finding himself in South Florida for months without much to do, he called his old buddies in Black Tide. "I thought it would be cool to celebrate the anniversary. We're only going to play songs from the first two albums that I was a part of. This isn't going to be a show about getting new fans; it's about us having a good time onstage. We're going to be doing our favorite songs, including one that we only played live once before, opening for Trivium in Nashville."

Sandler says that while onstage headlining Headbanger's Ball at Churchill's, he'll savor every moment. "Now I can appreciate how great it is to play with these guys," he says.

Headbanger's Ball 2018. With Black Tide and others. 9 p.m. Friday, June 1, at Churchill's Pub, 5501 NE Second Ave., Miami; churchillspub.com; 305-757-1807. Admission costs $10.
KEEP MIAMI NEW TIMES FREE... Since we started Miami New Times, it has been defined as the free, independent voice of Miami, and we'd like to keep it that way. With local media under siege, it's more important than ever for us to rally support behind funding our local journalism. You can help by participating in our "I Support" program, allowing us to keep offering readers access to our incisive coverage of local news, food and culture with no paywalls.
Make a one-time donation today for as little as $1.