Amtrac Can't Wait to Take You on an Oddyssey

Amtrac Photo courtesy of the artist
click to enlarge 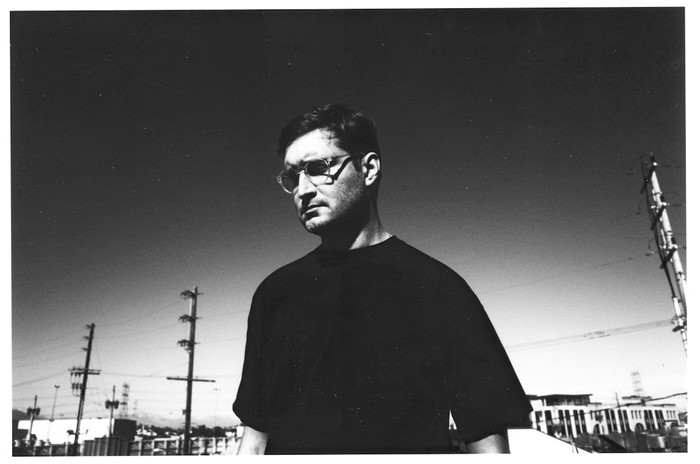 Amtrac
Photo courtesy of the artist
Some things are worth waiting for. About a month into the shutdown last year, Kentucky-born, Los Angeles-based electronic artist Amtrac put out his long-awaited sophomore album, Oddyssey. Album-release parties were on tap in Miami and Los Angeles.

Now, more than a year later, the artist is excited to finally be able to celebrate with fans on the Oddyssey Tour, which kicks off at Floyd on Sunday, July 4.

Amtrac, born Caleb Cornett, is looking forward to returning to Miami, one of the places that feels like home to him. He lived in the 305 for a few years, and his management team, Super Music Group, is based here. The first order of business after touching down at MIA: eating at Lung Yai Thai Tapas, one of his local favorites. Beyond eating out, he's stoked to get back out into the world to play shows and explore.

"I think [the album] was perceived well, and I'm very excited now to go on tour and be able to play it out and see how people react to it," Cornett tells New Times by phone. "That was one of the downsides of COVID-19 — not being able to see how somebody would react to a lot of the songs and how it would work in a live environment."


This trek marks the first time he's played live since he dropped his debut album back in 2011; he soon became known instead for his DJ sets.

"I was in a lot of bands in high school, so it's like going back to my roots, really," Cornett explains. "Performing music is kind of where I came from and always wanted to end up back there. It's just taken me a long time. I'm working on a new album. [It's] close to being done, so I'll probably trickle some of the new stuff in [to the shows] as well."

Not unlike the album, the live show will be a journey that takes the audience through different moods.

"I'm gonna have a keyboard, two, maybe three synths, and a bunch of pedals and effects units," Cornett says. "I'm going to live-remix my stuff, and we'll have ups and downs. It'll be fun; it'll be sad; it'll be energetic; it'll be slow. I'm excited to go back into the idea of a show telling the story."

Though the Miami show is billed as a DJ set, it will still give fans a chance to hear Amtrac's new and unreleased music on a proper sound system for the first time. Rising dance producer Durante, whose emotive deep-house collab with Amtrac, "Gather," recently dropped via Openers, will open most shows, including in Miami.
Cornett launched his Openers imprint in 2017 as an outlet for his music that he knew was good but wasn't getting picked up. The name was gifted to him by his late friend Blu Jemz, who described the music as "what openers would play." It's since grown to include releases from his friends, and he's hoping to expand things outside his circle with a submission process. He says the music doesn't necessarily need to be electronic or dance music, noting that he signed his friend Noah, a jazz pianist. He hopes Openers will spawn timeless tracks "your parents can listen to" and take after storied record labels like Mo' Wax, XL, and 4AD.

This makes sense, seeing as how Cornett was raised on a steady diet of timeless music, immersed in the Pink Floyd and Led Zeppelin of his father and Tangerine Dream and Alanis Morrissette of his mother. Not surprisingly, he loves cinematic tracks, listening to entire albums and album art, something he feels has been somewhat lost in the age of Spotify. He hopes to issue vinyl releases via Openers soon.

What took him so long to put out his second LP?

"It was a long process of just kind of putting together a record, and then sitting with it for an extended period of time, and then it kind of falling apart and not feeling right to me," he says. "So I just kept moving and moving, and it was eight, nine years from my first album, and I just pulled the trigger, but I was really happy with where I ended.

"It wasn't just like I was just focused on this album for the extent of those years, because I don't think that would not be sustainable," he adds. "I definitely wrote some stuff on there close to when I was in high school, so that's really old stuff that always stuck with me as a record I knew that I wanted to put out eventually."

Coming in at 68 minutes across 14 tracks, Oddyssey is a proper album — and an emotive sonic journey. It opens with the uplifting instrumental "Ethel," with much of the project featuring his deep vocals, as well as those of collaborators including Alex Metric, Saint Kenaire, and Totally Enormous Extinct Dinosaurs. That last collab, "Radical," is an enchanting and introspective crying-on-the- dancefloor type bop that ebbs and flows for over seven minutes of feels.

The pulsing six-minute instrumental "Oddyssey" — or "wall of sound," as Cornett calls it — is the last song he wrote for the project to tie it all together. It is proceeded by "Stratego," the oldest song on the album, written about a decade earlier with what he describes as the "angsty" energy of his early 20s. Sonically, emotionally, and spiritually, the two closing tracks are like yin and yang, like surrendering to the moment after putting all your feelings out there. Together, they work. As a whole, the project is inviting, personal, immersive, expansive, and warm.

Amtrac. With Durante. 11 p.m. Sunday, July 4, at Floyd, 34 NE 11th St., Miami; 786-618-9447; floydmiami.com. Sold out.
KEEP MIAMI NEW TIMES FREE... Since we started Miami New Times, it has been defined as the free, independent voice of Miami, and we'd like to keep it that way. With local media under siege, it's more important than ever for us to rally support behind funding our local journalism. You can help by participating in our "I Support" program, allowing us to keep offering readers access to our incisive coverage of local news, food and culture with no paywalls.
Make a one-time donation today for as little as $1.