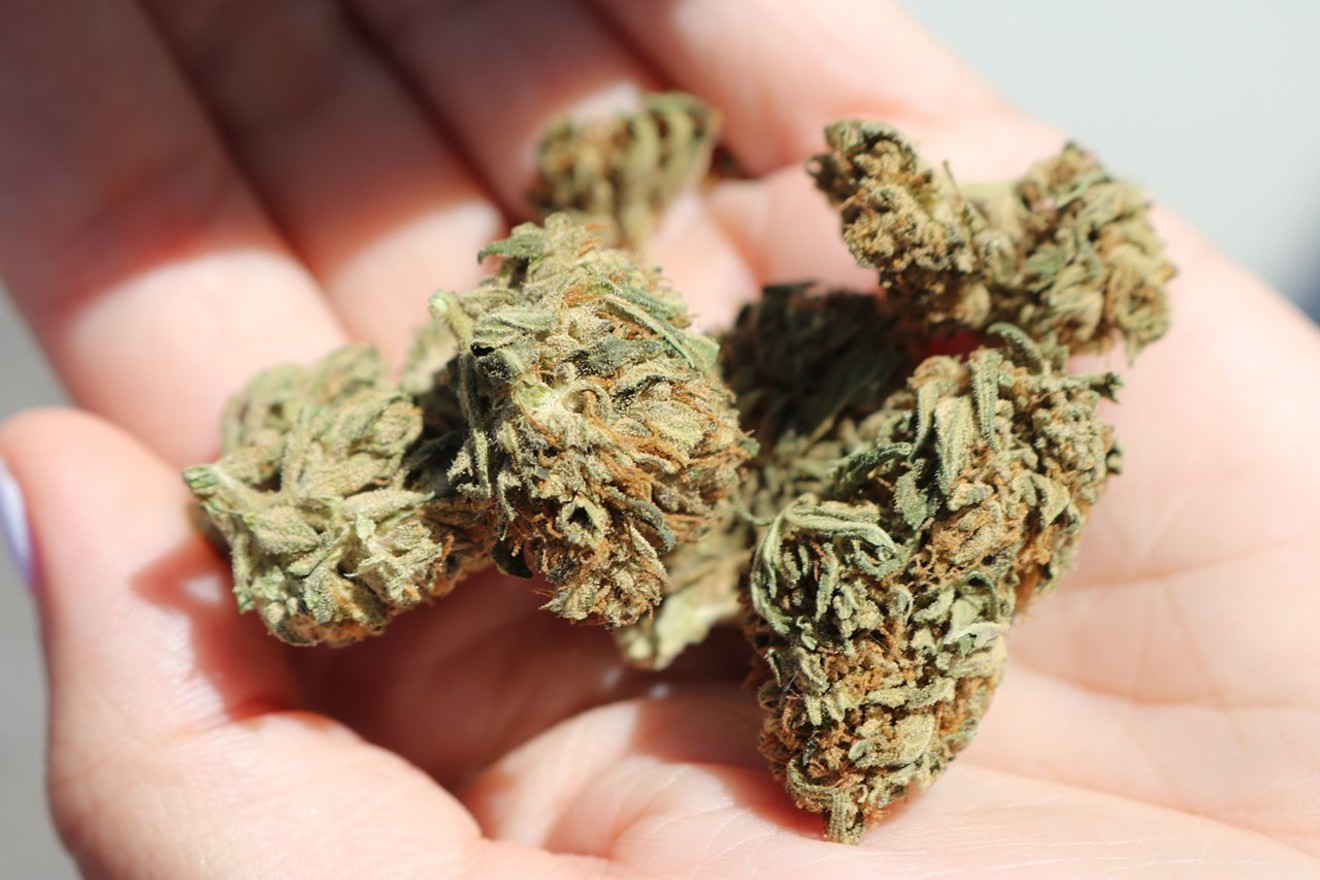 Photo by Elsa Olofsson via Flickr
Florida’s largest medical marijuana operator Trulieve poured another $5 million last month into a 2024 recreational cannabis ballot initiative, raising its total contribution to $15 million since the effort was launched in August.

Trulieve is bankrolling the Smart & Safe Florida initiative, which would change the state constitution to allow licensed marijuana companies to sell cannabis to adults for recreational purposes. All of the Smart & Safe political action committee's major contributions have come from Trulieve, according to campaign finance reports.

Florida law requires the initiative to receive 223,000 voter signatures to qualify for judicial review by the Florida Supreme Court and 891,589 to get on the ballot. The Smart & Safe initiative has amassed nearly 54,000 signatures so far, according to the state division of elections.

This attempt to legalize recreational cannabis would change existing language in the Florida constitution rather than adding a new amendment.

In judicial reviews of proposed ballot initiatives, the Florida Supreme Court focuses on the single-subject rule and the clarity requirement to ensure each measure is centered on one issue and that its language is not confusing to voters.

The court ruled that the Sensible Florida initiative improperly stated it would provide for only "limited use and growing" of cannabis, a phrase the court found to be vague and misleading. The justices struck down Make It Legal's proposal, which had received nearly 600,000 supporting signatures, over concerns it would confuse people about marijuana's legal status on a federal level.

Cannabis law attorney Sally Kent Peebles believes that this time around, the ballot language is so simple that it's less likely to violate the single-subject rule or the clarity rule.

Kent Peebles says ample funding is critical for a voter initiative to get on the ballot, and that a financial shortfall played a role in why the previous two failed.

“If you have more funding, you have a better organized initiative push,” she tells New Times. “You can hire better consultants that would have drafted language that would have passed muster.”

Florida cannabis advocates have turned to voter initiatives to legalize recreational marijuana in recent years in light of the Republican-controlled state legislature and Governor Ron DeSantis’ opposition to legalization.

Still, not all Republicans are against marijuana law reform. State Sen. Jeff Brandes proposed two bills to legalize recreational marijuana over the past two years, but both have died in committee.

“It’s a shame that those we vote into office aren't hearing [the broad support for adult-use marijuana] and are letting the far right... wag the tail,” Kent Peebles says.

Although the Trulieve-backed initiative may represent one of the strongest chances to legalize recreational cannabis to date in Florida, the effort has drawn ire from marijuana users for not including a home-grow option.

Critics say the initiative is written in a way to line Trulieve's pockets.

By far the biggest cannabis company in Florida, Trulieve owns 123 of the state-licensed 500 medical marijuana dispensaries, according to the Florida Department of Health's Office of Medical Marijuana Use.

Cannabis cartoonist Brian Brown told New Times in August that the Smart & Safe measure would keep the Florida marijuana industry consolidated under the control of a tight group of companies with massive financial backing at their disposal.

"It's hostile to small business. All this initiative really does is allow existing operators like Trulieve that already are in a limited-competition state to also sell to tourists and other people coming into Florida," Brown said.

Small business owners' access to the cannabis industry in Florida has been stifled by the state's hefty application fees for commercial cannabis licenses, along with its vertical integration model, which requires each licensed marijuana company to handle every step of the process, from cultivation to distribution to sales.

“I firmly support home grow, and patients should be able to grow their own marijuana,” Kent Peebles tells New Times. "But it is not realistic to have that in language in the initiative itself because it will not pass Supreme Court muster and the talk will be that it will bust the single subject rule.”

Despite the criticism, she is confident the initiative will pass if it gets on the 2024 ballot.

“It is very clear not just Floridians but Americans want marijuana prohibition to end, and Florida is behind the ball on that,” Kent Peebles says. “Floridians are frustrated that it hasn’t been done yet.”
KEEP MIAMI NEW TIMES FREE... Since we started Miami New Times, it has been defined as the free, independent voice of Miami, and we'd like to keep it that way. With local media under siege, it's more important than ever for us to rally support behind funding our local journalism. You can help by participating in our "I Support" program, allowing us to keep offering readers access to our incisive coverage of local news, food and culture with no paywalls.
Make a one-time donation today for as little as $1.