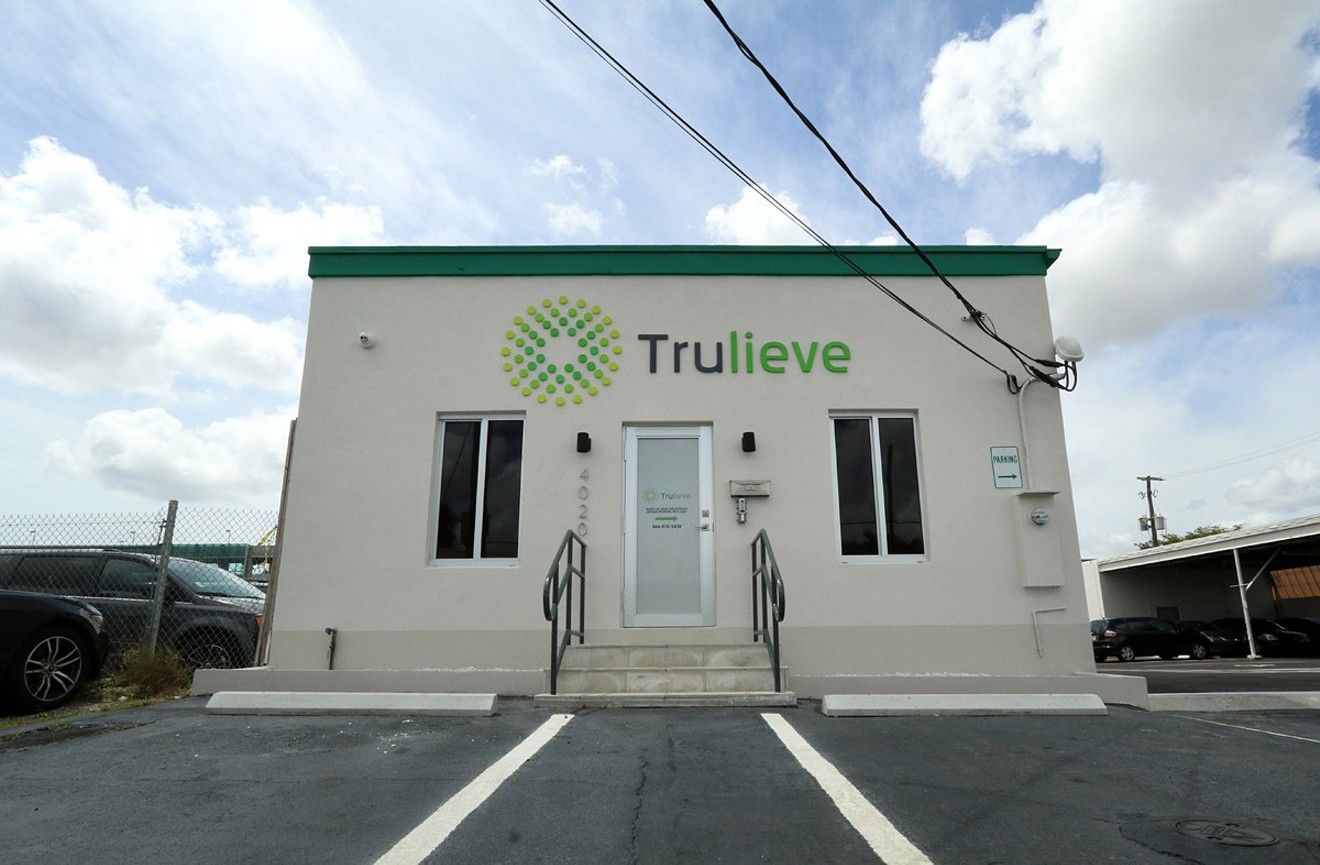 Just last year, the Florida Supreme Court struck down two separate marijuana initiatives over misleading language, despite the signatures of thousands who'd pledged support for a constitutional amendment. One of the initiatives, sponsored by a group called Make It Legal, had gathered nearly 600,000 of the 900,000 signatures required to make the ballot. (The other measure, sponsored by an unrelated group, Sensible Florida, Inc., fell far short of the required mark.) The court's rulings eliminated virtually any possibility for a marijuana initiative in 2022, given the tight timeline to garner the required signatures.

Activists are now turning their attention to 2024 in the hope that Florida might finally join the growing list of states that have legalized marijuana for recreational use. Most recently, Trulieve, the state's largest medical marijuana operator, has put $5 million toward a new initiative that would amend the state constitution's existing medical marijuana dispensaries to sell cannabis to adults for recreational purposes. The campaign is led by Smart & Safe Florida, a political action committee formed by the Bellamy Brothers, a country music group.


Smart & Safe Florida launched its campaign to implement safe and common-sense cannabis regulation in the state of Florida.

To learn more about the campaign, support the effort, and sign up for regular updates, please visit https://t.co/163NmFq4ra pic.twitter.com/d9G537BDxD

"The safety of Floridians is of the utmost importance, and legalizing adult use of marijuana will improve the safety of cannabis consumption by ensuring that products are third-party tested and regulated," Trulieve CEO Kim Rivers tells New Times via email. "We believe this has the best chance of getting through the court and has the broadest support among voters."

There's also the matter of Trulieve's own broad support.

According to the Florida Department of Health's Office of Medical Marijuana Use, 22 companies are licensed to operate Florida's 460 medical marijuana dispensaries — 119 of which are owned by one company: Trulieve.

That said, the new proposed amendment differs from previous attempts in that it aims to change existing language rather than add a new section to the state constitution.

"We've seen so many shot down, so we have a very good idea of what can be included and what has to be excluded," Moriah Barnhart, Tampa-based marijuana activist, tells New Times. "There's a very narrow way that these can be written."

Political consultant Ben Pollara says the conservative-leaning court has been quick to reject additions to the constitution, as other initiatives have proposed.

"Given the composition of the supreme court, maybe they thought it would be an easier sell amending an existing part of the Constitution versus creating a new section," Pollara, who ran the Florida medical marijuana campaign in 2016, tells New Times. "The last amendment that the court placed on the ballot was the minimum-wage amendment, which I was the campaign manager for. That was one where we only really changed a few words of the existing constitutional amendment."

Amendments have become the preferred avenue for marijuana legalization as a strategy to bypass the state's conservative-dominated legislature and Gov. Ron DeSantis' staunch anti-cannabis stance. In 2019, DeSantis vowed that no legislation legalizing cannabis would be passed during his tenure.

"It's their only option," Pollara explains. "The Florida Legislature has shown zero interest in [legalizing marijuana], despite the facts that show Floridians are more in support of legalized marijuana."

Indeed, a February 2022 poll by the University of North Florida’s Public Opinion Research Lab revealed that 76 percent of Florida voters support legalizing adult marijuana use. At the same time, the majority-Republican legislature attempted to limit ballot initiatives by instituting a $3,000 contribution limit to PACs for such efforts in 2021. (In June of this year, a federal judge issued an injunction against the law on First Amendment grounds. Other efforts to curb citizen referendums have included narrowing the time window to gather signatures and increasing the cost to mount the initiatives.)

In order to be reviewed by the Florida Supreme Court, the Smart & Safe Florida petition must first gather signatures from 223,000 registered Florida voters. If the petition passes muster with the high court, it will have to tally 900,000 signatures in order to be included on the 2024 ballot.

The state's single-subject rule only allows for ballot initiatives to address one issue at a time, which for now means legalizing recreational marijuana. In the event the amendment passes, the legislature could take steps to expand the market beyond state-licensed medical dispensaries. Home cultivation for personal use might also be on the table.


"A lot of the immediate backlash on this amendment from the community will be ounces of possession, 'It doesn't open the market,' 'there's no equity," Barnhart explains. "None of those things can be included in a single-subject rule in a state like Florida."


She adds that activists intend to introduce home cultivation once an amendment is in force.

"We've heard all about freedom the entirety of the pandemic," says Barnhart, who helped create the Women's Initiative for a Safe and Equitable Florida (WISE) in order to educate Floridians about adult-use marijuana. "If people believed in freedom, they would believe in adult use and home grow."
KEEP MIAMI NEW TIMES FREE... Since we started Miami New Times, it has been defined as the free, independent voice of Miami, and we'd like to keep it that way. With local media under siege, it's more important than ever for us to rally support behind funding our local journalism. You can help by participating in our "I Support" program, allowing us to keep offering readers access to our incisive coverage of local news, food and culture with no paywalls.
Make a one-time donation today for as little as $1.