The Running Edge Wants Black Runners to Connect With Their Communities 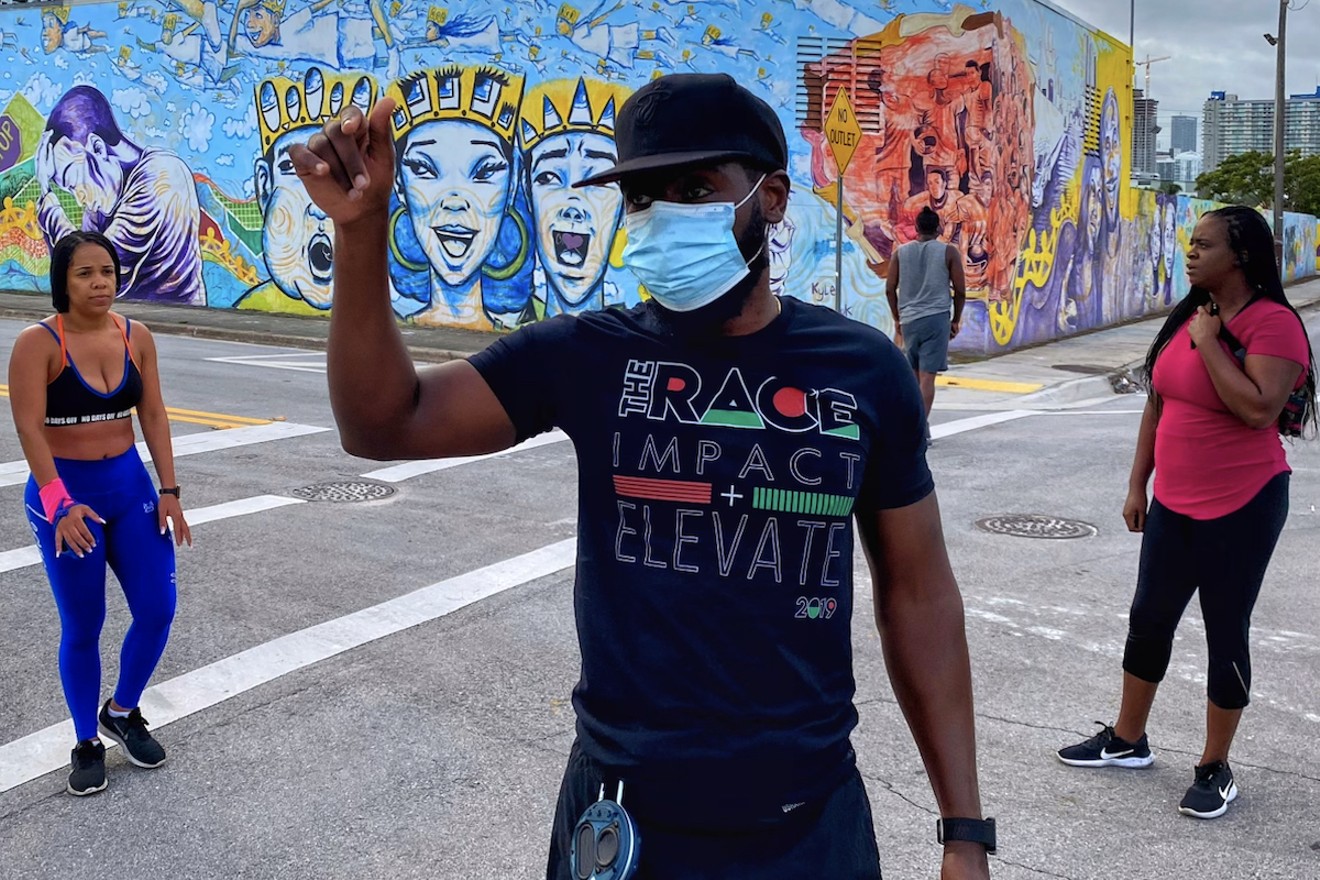 The Running Edge founder Ashley Toussaint Photo by Webber J. Charles
Months before people poured into the streets to protest the killing of George Floyd in police custody, Ahmaud Arbery was jogging around Brunswick in South Georgia. Unfortunately, for Arbery, that act would lead three white men to pursue him and fatally shoot him for simply "jogging while Black."

That's only one of many incidents that show that Black people aren't safe even when doing mundane things like running around their neighborhood.

Ashley Toussaint knows all too well how hard it is to find a safe space to run in Miami without being seen as a threat. He's the founder of the Running Edge, a community-run group that aims to connect Black runners to the Black community.

"As a Black man, I have never had a gun pulled out on me [by people] in 'those neighborhoods' — it was always by law enforcement," Toussaint says. "The dialogue is usually, 'Oh, those people in those neighborhoods, those under the bridge, or those on substances are dangerous,' but that has not been my case."

According to Toussaint, the Running Edge chooses the neighborhoods people are usually running away from, with the aim of injecting love back into them.

"I see the world in a different perspective, and I know people feel that sentiment when people see [our neighborhoods], they say, 'Oh shit, I ain't going down there.' But at the end of the day, nothing is going to happen to you down there. If you take my Black ass to Biscayne where it's all nice, if I'm running, someone can misinterpret me running as something criminal." 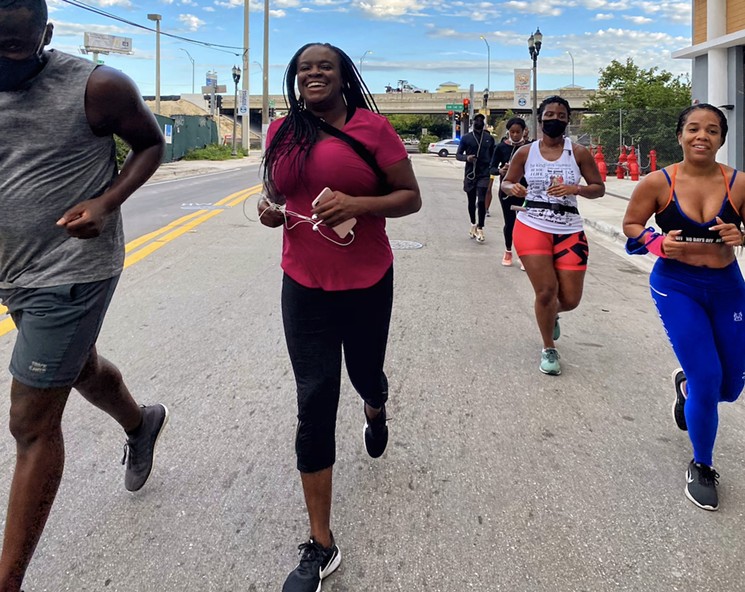 Alexis Brown, founder of SocialXChange Miam, running with the Running Edge.
Photo by Webber J. Charles
The idea for the group came when Toussaint, who was living in New York City at the time, was running in Prospect Park in Brooklyn when a group of Black men approached him to join them during their runs. The group was part of the New York City chapter of Black Men Run. After Toussaint moved back to Miami in 2019, he wanted to duplicate the camaraderie and also be inclusive of women and other South Florida groups.

"I got a booklet one day and wrote down about a hundred names, and the Running Edge just kept sticking to me," he explains. "One, you're pushing yourself beyond boundaries, but two, you're also taking a mental approach to running, and you have the edge on someone else and preparing yourself. It's a play off the cutting edge, but we're taking running from a different approach."

Currently, the Running Edge collaborates with Alexis Brown from SocialXChange Miami, a network of black entrepreneurs, professionals, and creatives, to host the weekend meetups. The group has also collaborated with stores like Unknwn in Wynwood and is branching out into Broward for future runs.

As the Running Edge continues to grow, Toussaint hopes the group keeps expanding. His vision is to create more opportunities for runners of all levels and eventually host an event similar to the Miami Marathon with a course that winds through neighborhoods like Little Haiti and Allapattah.

But Toussaint understands that if he wants to unite South Florida's Black running community, he needs to get young generations excited about the sport.

"I want to plant seeds in our youth and let them know there is a culture that welcomes their natural ability," Toussaint says. "I want to plant that seed in kids in South Florida, that they can be elite distance runners. We have the climate and environment. I want the Running Edge to fuel the run culture in the hood and to bring that desire and passion from that community in a running perspective."

SocialXChange and the Running Edge Tribe Run. 8 a.m. Saturday, December 26, at Charles Hadley Park, 1350 NW 50th St., Miami; instagram.com/runningedge305.
KEEP MIAMI NEW TIMES FREE... Since we started Miami New Times, it has been defined as the free, independent voice of Miami, and we'd like to keep it that way. With local media under siege, it's more important than ever for us to rally support behind funding our local journalism. You can help by participating in our "I Support" program, allowing us to keep offering readers access to our incisive coverage of local news, food and culture with no paywalls.
Make a one-time donation today for as little as $1.