When Della Heiman, an Ohio native, started at Harvard Business School in the fall of 2012, she envisioned following three generations of her family into the textile business. But while she was taking classes on international business and global supply chains, she was also hosting regular dinner parties for her friends, where she would serve a unique, globally inspired take on vegan food.

Her dinners were so popular that her boyfriend at the time encouraged her to start her own Chipotle-style, fast-casual concept. So like any good business school student, she decided to hold a focus group and invited a bunch of strangers to her 400-square-foot Boston apartment. By her own admission, she had no idea what she was doing, "but afterward, I was getting emails from people saying, 'Please come to my city.'"

Part of what makes the Wynwood Yard so appealing is the fact that it's essentially a big communal space.

After formulating a business plan, she settled on Miami as a place to launch. A year later, she still hadn't found a space for her first location thanks to the ridiculous rents and arduous permitting process.

By then, though, she'd fallen in love with the city and didn't want to leave. So she decided to create a culinary incubator where other aspiring entrepreneurs could open pop-up restaurants. Last November, she launched the Wynwood Yard, an outdoor food and event space that's home to several food trucks (including her own, Della Test Kitchen), an edible garden, and a full-service bar. The once-vacant lot has been transformed into what Heiman describes as an "urban oasis," where you can attend activities ranging from batik workshops and Pilates classes to reggae concerts.

Part of what makes the Wynwood Yard so appealing is the fact that it's essentially a big communal space. But being an outdoor venue turned out to be a liability when the Zika virus hit Miami this summer. Though she received little guidance from government authorities, she decided to close temporarily. She says she couldn't claim to be a champion of healthy living while putting her staff in harm's way.

Since then, the neighborhood has been designated Zika-free and the crowds have returned. And now that the weather has cooled, things promise to get interesting again. 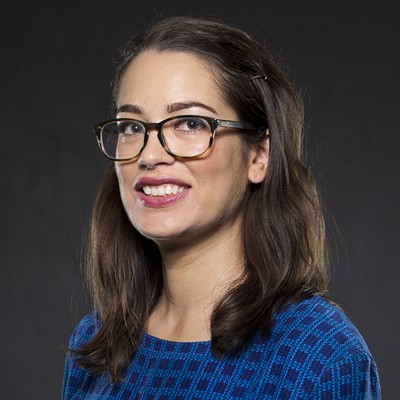