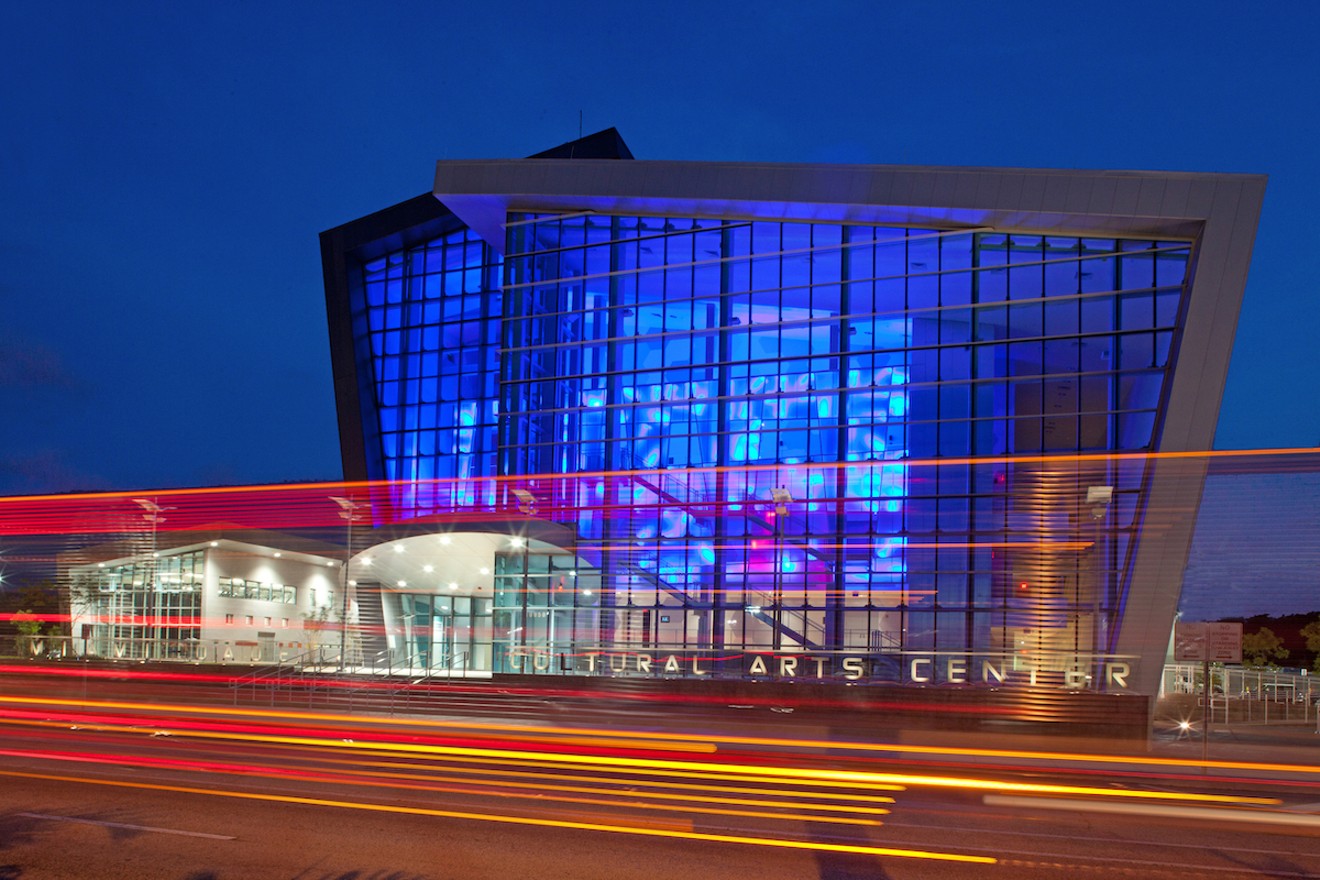 Eric Fliss, managing director of the Dennis C. Moss Cultural Arts Center, recalls working with Commissioner Moss when the center was being built.

“He had regular meetings with myself and Michael Spring, director of the Miami-Dade County Department of Cultural Affairs, just to stay informed about the process and how we were moving forward with the construction of our buildings,” Fliss says.

Commissioner Moss wanted to hear directly from Fliss and Spring about any hiccups experienced during the building process.

“It was important for him to stay current with the two of us and be able to answer questions from constituents about the center. He was a great ally for me and the department as we built the center, ensuring the center got its fair share of public funding,” Fliss says.

Moss’ vision and arts advocacy inspired county commissioners to officially rename the center at a Miami-Dade County Board of Commissioners meeting this summer.

“We at the center had no opposition to the name change; it happened at a commission meeting where they voted on it. Moss was an iconic civic servant, and everything he did in that role was for the greater good of his community. That is what you want from a leader,” Fliss says.

From a branding standpoint, the former name South Miami-Dade Cultural Arts Center, Fliss says, was a bit difficult to remember, so having the Moss Center name was good and much easier to remember. 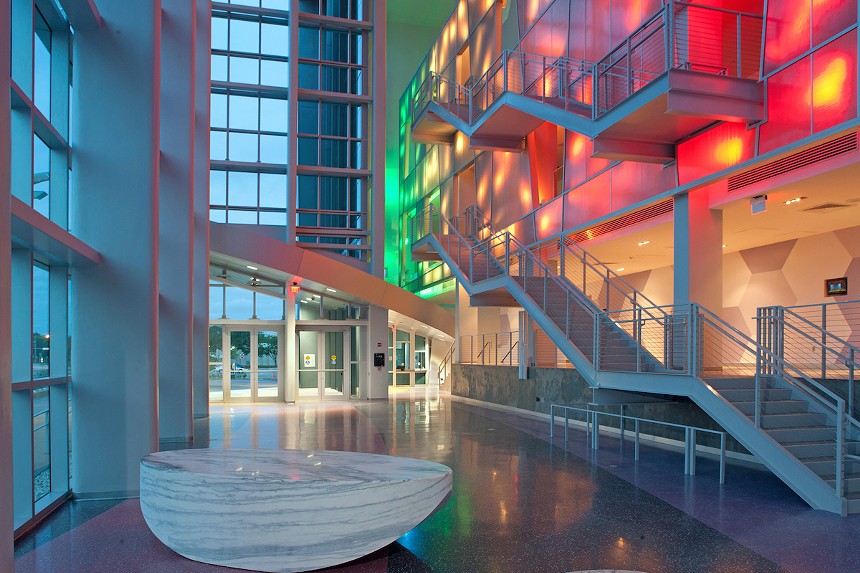 Photo by Robin Hill
With the new name came a revised logo, one that is a variation of what they’ve always leaned into and evokes the shape of the building. “We’ve altered it just to make the Moss name more prominent but not make it something completely different,” Fliss says. ”We were very specific about this and happy the new name is also easier to work around.”

Visitors will also notice a new inclusivity symbol being incorporated around the arts venue just in time for its recent presentation of the sensory-inclusive show It’s OK to Be Different, based on the children’s book by bestselling author Todd Parr. The book is a popular resource for teaching diversity and tolerance.

“Typically, our inclusive events happen during All Kids Included Festival, but we presented this accessible children’s show as part of our family series,” says Annie Hoffman, education and outreach manager at the Moss Center.

It’s a way for them to reach both children and family members to attend performances as a family and attract younger audiences.

“We’ve also been working with Miami Lighthouse for the Blind on a touch tour before the performances,” Hoffman says.

Fliss says they want to lead by example when resources are available, and they are working to commit themselves to presenting inclusive programming when most appropriate. “This is just another step in the right direction,” he says.

The inclusivity effort also helps to realize Commissioner Moss’ vision of commitment to education, having programming inclusion and accessibility to Black and brown audiences.

“We’ve done a great job of becoming something for everybody,” Fliss says.

The Dennis C. Moss Cultural Arts Center. 10950 SW 211 St., Cutler Bay; mosscenter.org.
KEEP MIAMI NEW TIMES FREE... Since we started Miami New Times, it has been defined as the free, independent voice of Miami, and we'd like to keep it that way. With local media under siege, it's more important than ever for us to rally support behind funding our local journalism. You can help by participating in our "I Support" program, allowing us to keep offering readers access to our incisive coverage of local news, food and culture with no paywalls.
Make a one-time donation today for as little as $1.
ArtburstMiami.com is a nonprofit source of theater, dance, visual arts, music, and performing arts news.