Zombie Prom Brought Out All the Freaks 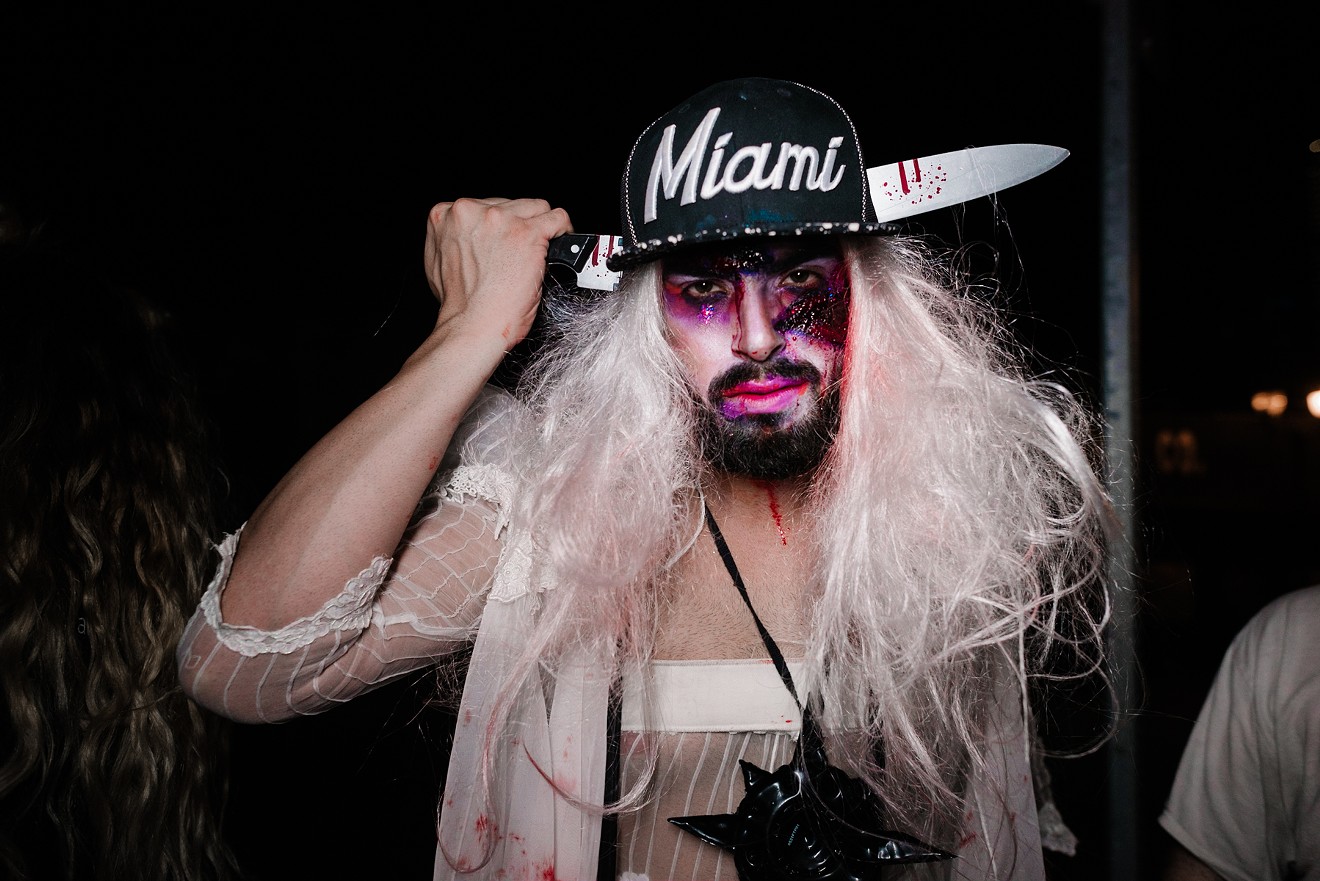 View more photos from Zombie Prom here. Photo by Karli Evans
Halloween is the time of year that gives people an excuse to dress in wild costumes, either as the stripper they always wanted to be or as exactly what they see in their nightmares. In Miami, there’s no in-between. With the scariest holiday next to election day right around the corner, this past weekend offered a celebratory preview with a party that honors the living dead: Zombie Prom. Halloween came early at the Bar 1306, and you better believe things got scary.

View more photos from Zombie Prom here.
Photo by Karli Evans
Curated by Miami’s Notorious Nastie, Zombie Prom brought out all the freaks. Because this coveted party hasn’t happened in over ten years, it wasn’t something to miss. Guests lined up at the door either did the bare minimum with fake blood on a white T-shirt or went all out with spine-chilling makeup and shredded costumes with accessories. Inside on the patio sat a blond-haired woman with horns coming out of her head, dark lipstick, and blood dripping down her hands as she held a human heart, nodding her head to the DJ spinning electronic music to warm up the crowd. Things were about to get spooky.

View more photos from Zombie Prom here.
Photo by Karli Evans
DJ then subbed in, encouraging the dead to break a leg on the dance floor. He effortlessly fused house and classic R&B jams, creating the high school dance vibe that Zombie Prom needed. Pigface and the Destroyers was the next band to go on. Few knew what to expect, but as soon as the four finished setting up and announced themselves, the crowd thinned out, seizing the opportunity to reapply makeup.

View more photos from Zombie Prom here.
Photo by Karli Evans
The night went on with another DJ set from LameBot that seemed to loosen the crowd up after that hypersexual performance. As the night grew, the crowd did too, and the acts got better and better. One notable performance featuring Otto Von Schirach and his band had the crowd begging for more after just one song. His long brown hair covered his chest, which dripped with blood as he wailed on the mic.

In all, Zombie Prom gave Miamians an early Halloween fix. The party went on until 4 a.m., allowing the Zombies — known to shun the sun — to make full use of the night. The music was the perfect blend of alternative, rock, house, and R&B, creating the prom experience a zombie could never imagine. Because the party isn’t an annual affair, we can only hope it makes another horrifying appearance next year.
KEEP MIAMI NEW TIMES FREE... Since we started Miami New Times, it has been defined as the free, independent voice of Miami, and we'd like to keep it that way. With local media under siege, it's more important than ever for us to rally support behind funding our local journalism. You can help by participating in our "I Support" program, allowing us to keep offering readers access to our incisive coverage of local news, food and culture with no paywalls.
Make a one-time donation today for as little as $1.