Kate Hudson, Arlene Chaplin, and Dawn B. Feinberg World Red Eye
It's not easy having eyes all over the scene, being around to take in all the wild visuals at all the worthwhile places in the city. There are, however, those parties and gallery openings where a fortunate photographer can point and shoot. Every week, in collaboration with World Red Eye, New Times brings you a solid recap of all the recent experiences you might've missed around Miami. It's impossible to be everywhere, but, hey, we can try to keep our Eyes on Miami.

Pilo’s Tequila Garden celebrated its one-year anniversary on Friday, where the Game made an appearance at the garden for an epic night filled with celebrations, endless bottle parades, and incredible music all evening long.

Life’s a carnival as South Beach Wine & Food Festival and Bacardi teamed up once more and created the ultimate party on the sands of Miami Beach.

The David Grutman Experience with French Montana and Gianluca Vacchi

Nightlife and hospitality impresario David Grutman is back for another round of our iconic 3 to 5 on Ocean Drive. Miami’s resident merrymaker and Groot Hospitality founder is pulling out all the stops — and turning the volume way up.

With so many thrilling events, the Festival can often feel like a non-stop party! All the more reason to grab a mat and indulge in some much-needed self-care at this deeply nourishing yoga experience, hosted by acclaimed actress and entrepreneur Kate Hudson and King St. Vodka, an ultra-premium spirit inspired by her former home on King Street in New York City. 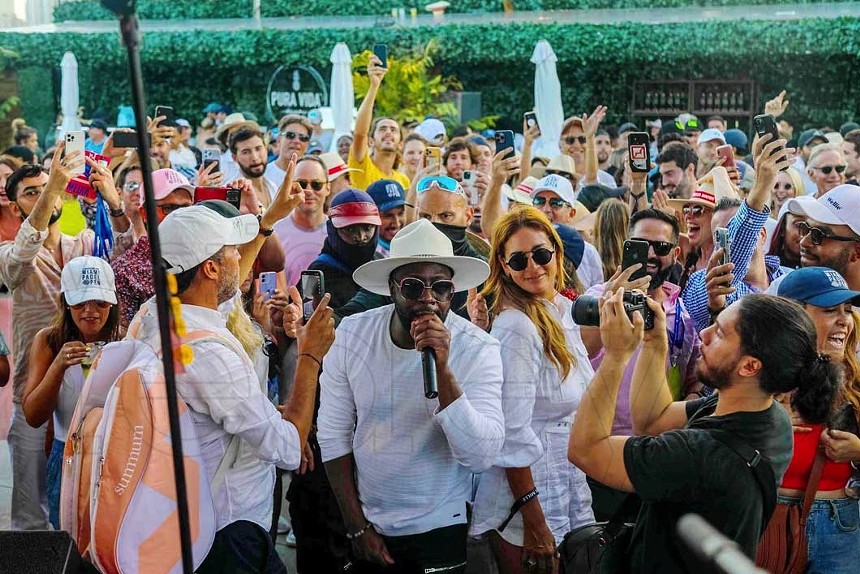 Wrapping up the Blockchain.com 2022 World Padel Tour Miami Open with world-class entertainment by famous rapper Wyclef Jean along with a variety of high-end food and drink options from Major Food Group and curated shopping experiences.

We’re takin’ you on a road rockin’ trip down to Flavortown, late-night edition, led by iconic chef, restaurateur, New York Times best-selling author, and legendary Emmy Award-winning TV host Guy Fieri! At this special late-night extravaganza hosted by Goldbelly’s Joe Ariel, Joe and his team of food explorers hand-picked some of South Florida’s best spots to hit before the sun comes up to quell your late-night munchies!

They’re baaaaack! Chef Pharoah Williams, famous for his Sweet + Spicy Nono Sauce, will curate an over-the-top brunch menu alongside his son — and Grammy Award-winning artist and producer — Pharrell, to host an extravagant Saturday afternoon brunch for Festival guests to indulge. 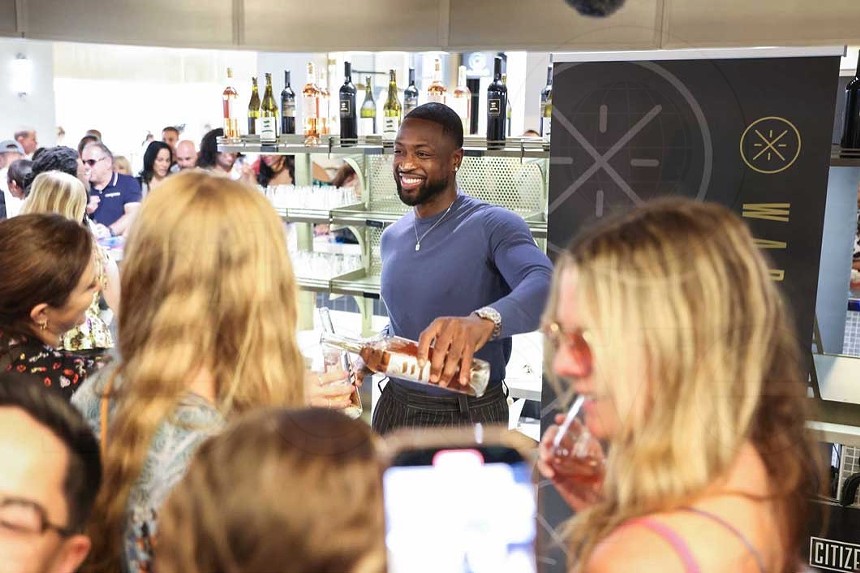 On Friday night, Ludacris showed the crowd at E11even how to “act a fool” as he put on a show-stopping performance that had partygoers going crazy until the early morning.

The festival’s beloved Burger Bash is back with not one, but two hosts! Renowned author, businesswoman, and TV personality chef Rachael Ray along with Nobel Prize-nominated chef and Time Person of the Year José Andrés will guide you through the most epic burger showdown.

Welcome to Flavortown! All the rumors were true, Diners, Drive-Ins, and Dives, your favorite Food Network show, came to the sands of South Beach for one-night-only at The South Beach Wine & Food Festival®

2 Chainz and Floyd Mayweather at LIV

It was a vibe at LIV on Sunday night as 2 Chainz shut down the club for a legendary performance. Floyd Mayweather was spotted in the VIP section getting lit with the rest of the crowd until “4 AM.”

On Saturday night, partygoers headed to upscale Mexicantina in the heart of Wynwood, Mayami, for a Tulum-inspired evening full of endless cocktails and reggaeton hits that had everyone moving.
KEEP MIAMI NEW TIMES FREE... Since we started Miami New Times, it has been defined as the free, independent voice of Miami, and we'd like to keep it that way. With local media under siege, it's more important than ever for us to rally support behind funding our local journalism. You can help by participating in our "I Support" program, allowing us to keep offering readers access to our incisive coverage of local news, food and culture with no paywalls.
Make a one-time donation today for as little as $1.