The Multiverse Comes Alive at Supercon, but Vendors Worry About Increasing Costs 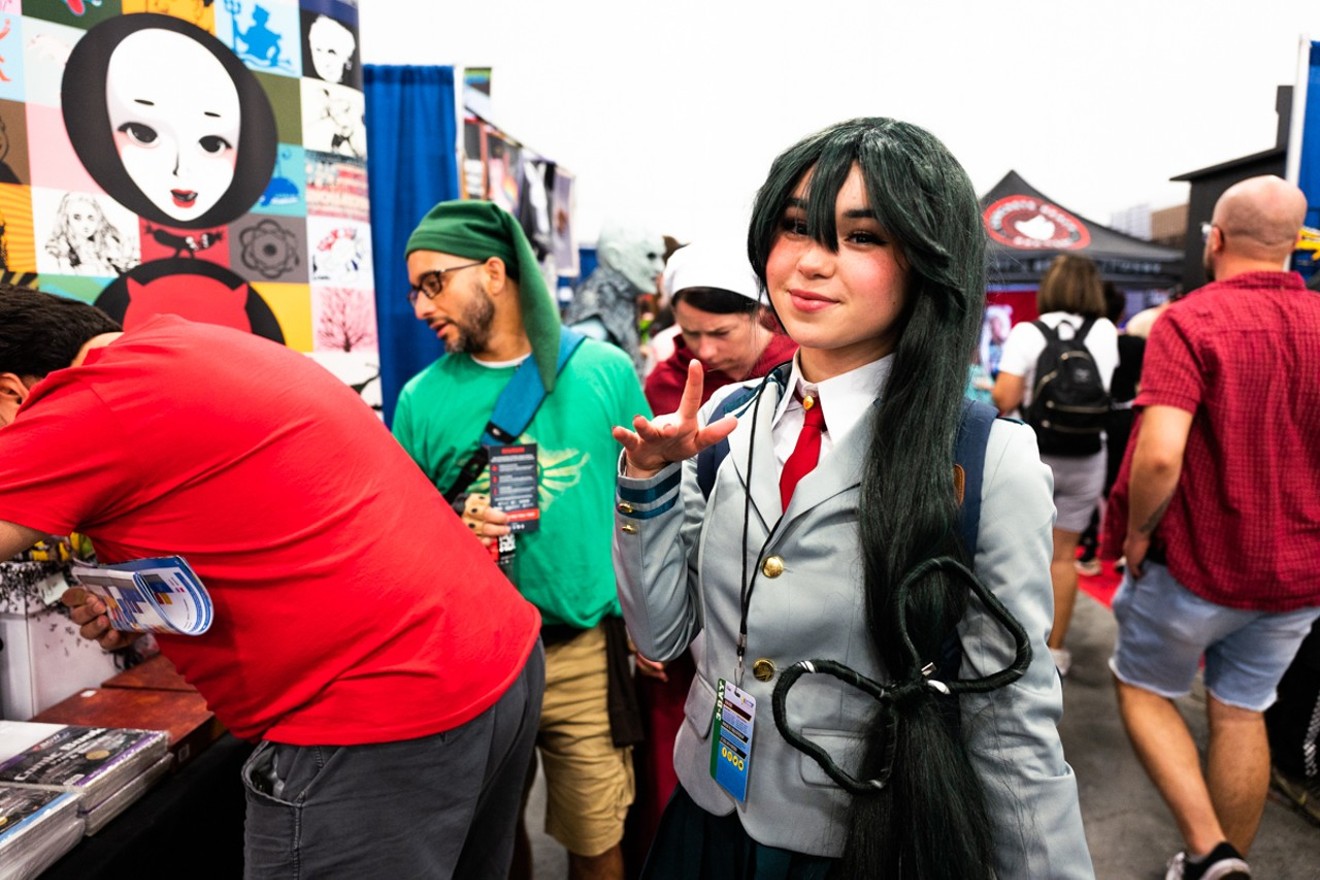 Supercon is a four-day comic-book convention where worlds collide and fantasy comes to life. The Marvel and DC universes are spotlighted along with genres of all kinds, including horror, anime, manga, and pop culture. It's where Arya Stark and Cersei Lannister (Game of Thrones) laugh at a shared joke, Wendy Addams (The Addams Family) and Sabrina Spellman (Sabrina the Teenage Witch) grab a meal together, and Captain America fawns over Zelda.

Headliners at this weekend's Supercon included the voice of Disney's Ariel, Jodi Benson; actor Nick Frost from Shawn of the Dead and Hot Fuzz; Star Trek's George Takei and Nichelle Nichols; and Benedict Wong from Doctor Strange and the Avengers films. Particularly popular was Fantasy Super Cosplay Wrestling, where pro wrestlers in cosplay attracted a large crowd of spectators sipping specialty cocktails such as the vodka-based Mother of Dragons and the whiskey-and-curaçao-spiked, dry-ice-laced Smoking White Walker. 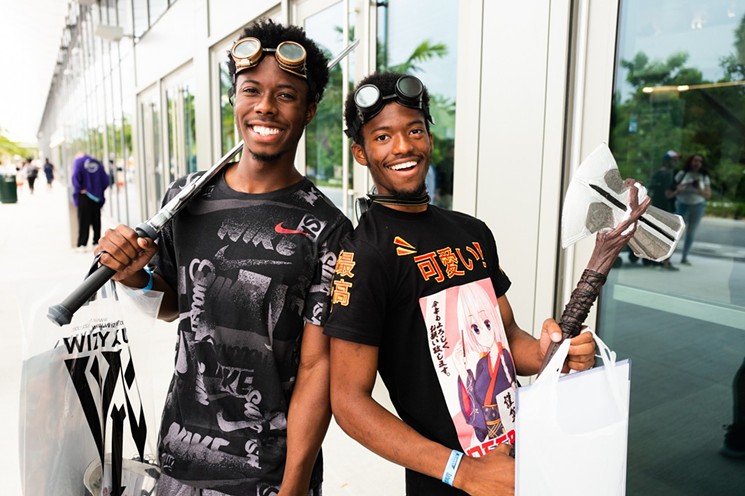 Fans at Florida Supercon 2019.
Daniella Mia
Comic conventions have become a big business in the past decade as "nerd culture" has gone mainstream. This year marked the first Supercon put on by ReedPOP, an event company that also manages New York City's Comic-Con and a host of other pop culture-related events across the nation. It also marked Supercon's return to Miami Beach after relocating to Broward County for two years while the Miami Beach Convention Center underwent renovations. Some vendors appreciated the return to the Beach, while others criticized the increasing costs to attend the event and lackluster merchandise sales.

Miguel Cardenas of Novatees, a pop culture-inspired apparel company based out of Salt Lake City, says he prefers the Miami Beach location. Why? "For the beach," he replies with a chuckle. 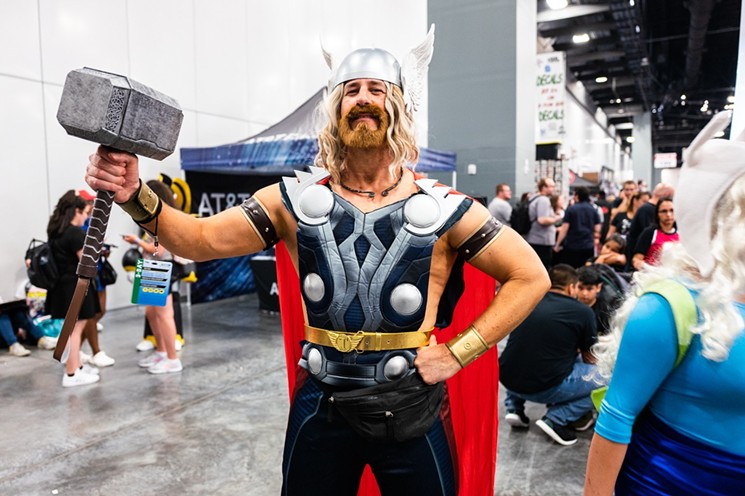 Thor cosplay at Florida Supercon 2019.
Daniella Mia
"It's a different kind of crowd," says Alexa Heart, creator of Everyday Geek Glass. Heart travels to Comic-Con-related events around the United States to sell her custom glassware, such as a Shawn of the Dead-inspired Winchester Tavern pint glass or lanterns with the Targaryen house sigil from Game of Thrones. She's also an active cosplayer whose past performances include Ariel from The Little Mermaid and Marvel's Gwen Stacy, AKA Spider-Gwen.

"I think this is likely their first time at a Comic-Con event," Heart says of the attendees of Supercon. She describes the crowd as "lookers" who "didn't realize there would be merchandise here."

Cosplayers at Florida Supercon 2019.
Daniella Mia
Miami Beach is a more expensive location than Fort Lauderdale: The cost of parking, hotel accommodations, and admission increased for the exhibitors, vendors, and performers that bring Supercon to life. Higher-profile guests can command higher autograph fees and ticket fees, but then attendees might be less likely to spend money on merchandise.

"We're paying for it," fantasy author Michael J. Allen says of ReedPOP's acquisition of Florida Supercon and the transition to Miami Beach. He says the increased costs of exhibitor booths were a particular concern, along with low sales. Last year in Fort Lauderdale, Allen paid $260 for a booth in Artist Alley. He sold 70 books that weekend, so he decided to invest in a corner booth this year in hopes of doubling those sales. But by the end of Saturday, Allen had sold only 55 books in a booth that cost him $900. He received paperwork to apply for a 2020 booth of the same size and location for 1,050.

Florida Supercon will return to Miami Beach July 2 through 5, 2020.
KEEP MIAMI NEW TIMES FREE... Since we started Miami New Times, it has been defined as the free, independent voice of Miami, and we'd like to keep it that way. With local media under siege, it's more important than ever for us to rally support behind funding our local journalism. You can help by participating in our "I Support" program, allowing us to keep offering readers access to our incisive coverage of local news, food and culture with no paywalls.
Make a one-time donation today for as little as $1.