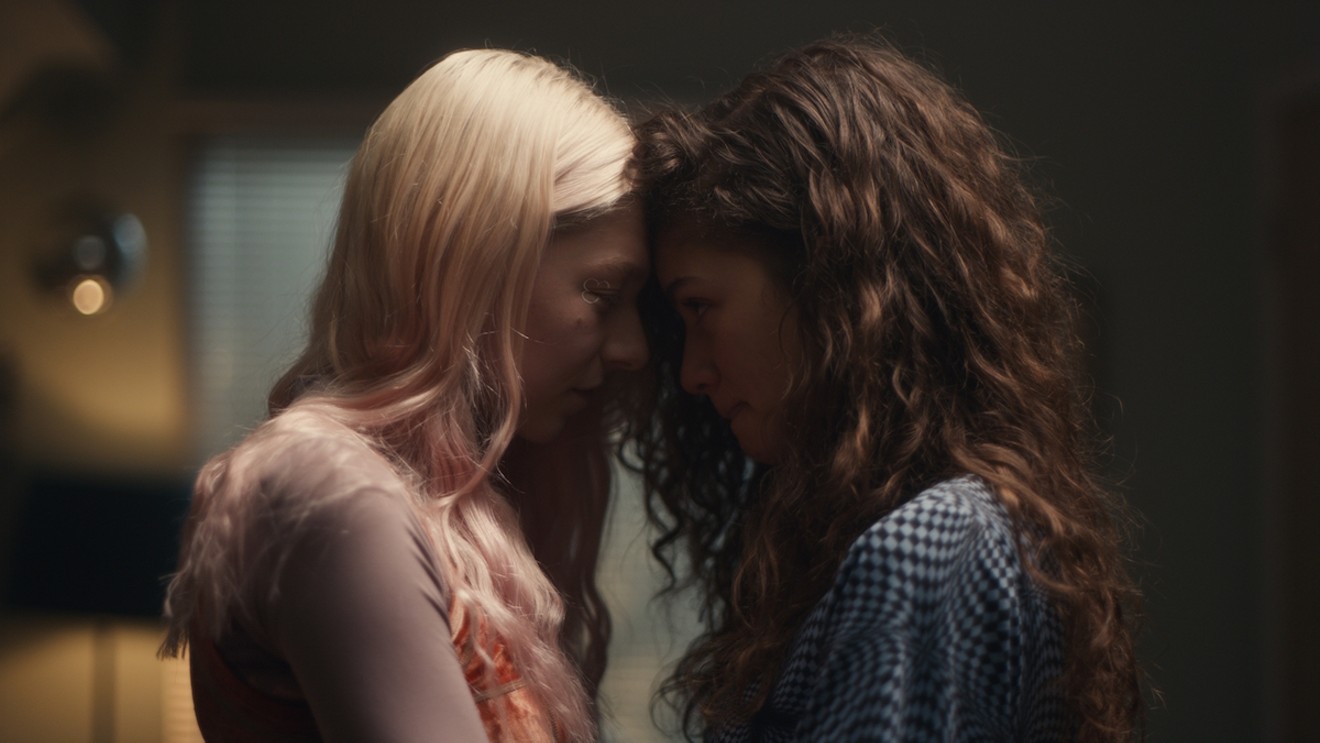 Hunter Schafer and Zendaya in Euphoria. HBO
Most of us remember the awkwardness of high school. Between finding yourself and trying to fit in, it seemed as if every step of life was a major challenge. Nowadays it’s even worse. Concerns that kids didn't have to consider ten years ago, such as a photo going viral on social media for all the wrong reasons, makes it a whole new world for teenagers now.

HBO’s new drama series, Euphoria, explores what teens are facing in school today and how they handle it all. The show has become a sensation and was recently renewed for a second season.

Zendaya (Spider-Man: Homecoming) heads the ensemble cast of the show, which follows a group of high-school students as they navigate a minefield of drugs, sex, identity, trauma, social media, love, and friendship. The series is created and written by Sam Levinson (HBO's The Wizard of Lies), who also directs five episodes.

To celebrate the series, HBO teamed up with the Phluid Project, a gender-free retail brand grounded in community and concept, to create pop-up shops in three markets across the nation. This past Friday, July 12, HBO and the Phluid Project opened their customized space for one day only in the heart of Miami’s arts district, Wynwood.

“The show and its characters’ stories resonate with members of the Phluid Project community, as well as with our mission, to challenge the boundaries of humanity,” says the Phluid Project founder Rob Smith. “We are thrilled to be partnering with HBO to foster these important conversations and dialogues and to shed light and insight on a movement, as well as support an underrepresented community.”

The first 25 guests who entered the shop received exclusive Euphoria x the Phluid Project tote bags designed by the Phluid Project’s Kristina Keenan. The totes were also available for purchase, and all proceeds benefited the Trevor Project, the world's largest suicide prevention and crisis intervention organization for young LGBTQ people. HBO also matched the funds that were raised.

“Because it was so personal and we felt like we were just telling our stories, the reception of it wasn’t in the front of my mind while we were filming,” says Hunter Schafer, who plays the character Jules.

“We’re putting our own vulnerabilities onscreen, and you can always find something in each character that hits home in a way that’s so accurate,” says Ferreira, who plays Kat.

Following the pop-up experience, Schafer and Ferreira joined guests for an invitation-only screening and discussion of the fourth episode.

Euphoria continues its eight-episode season on HBO at 10 p.m. Sunday nights.
KEEP MIAMI NEW TIMES FREE... Since we started Miami New Times, it has been defined as the free, independent voice of Miami, and we'd like to keep it that way. With local media under siege, it's more important than ever for us to rally support behind funding our local journalism. You can help by participating in our "I Support" program, allowing us to keep offering readers access to our incisive coverage of local news, food and culture with no paywalls.
Make a one-time donation today for as little as $1.