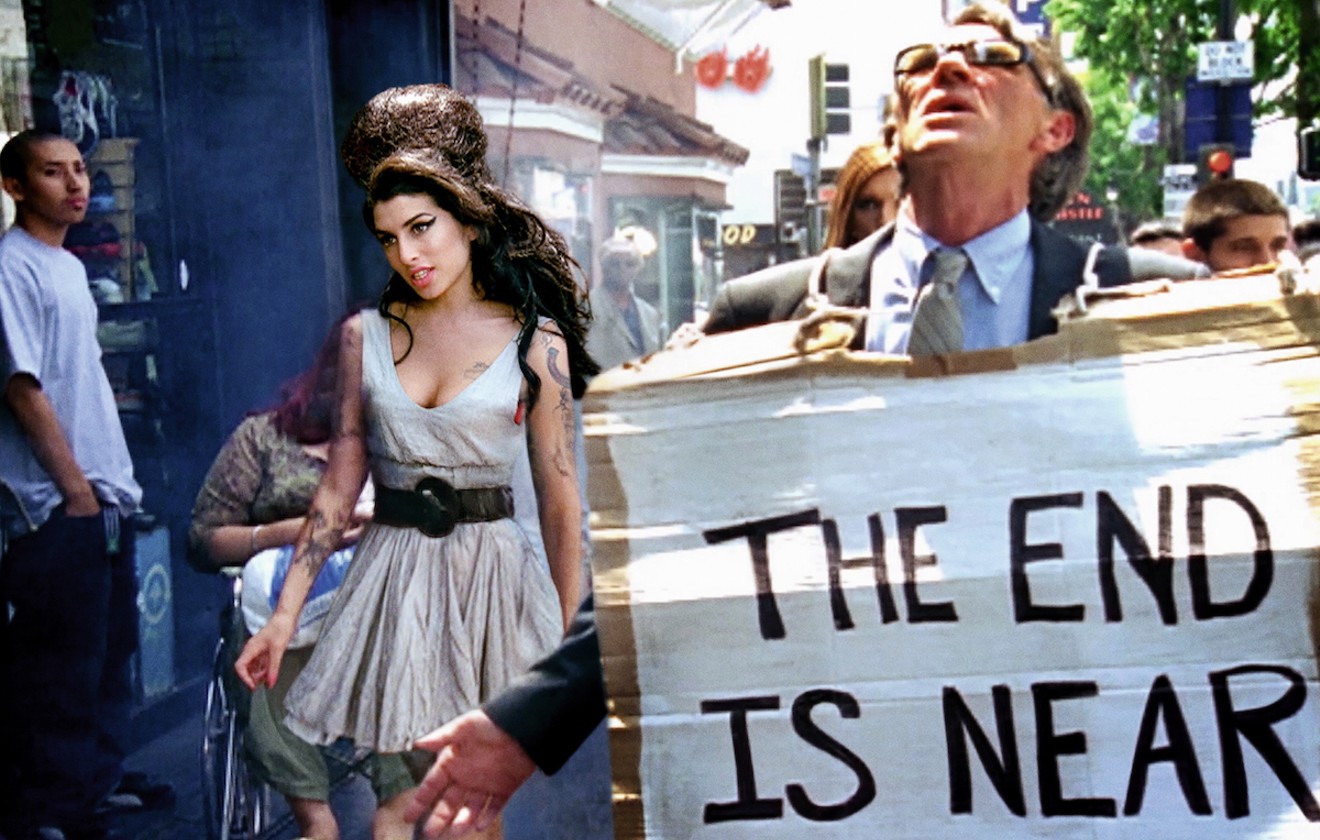 Amy Winehouse in Fallen Friend on the Walk of Stars. © David LaChapelle Studio / Courtesy of TASCHEN
David LaChapelle’s I Walk Out of My Prison depicts Miley Cyrus as a naked, technicolor butterfly with wings spread and arms open in a Christ-like gesture. But as with much of LaChapelle’s work, the photograph is paired with a juxtaposing image — in this case, Solitary. Cyrus is captured in the same room, still naked but in starkly real color, on her knees and reaching desperately for light pouring through a window.

Considered together, the images are a metaphor for the limitations we impose on ourselves as well as the shackles of fame, LaChapelle says. During his 30-year career as a chronicler of pop culture, the often-controversial photographer has shot countless celebrities, including ultimately tragic icons such as Amy Winehouse and Brittany Murphy. He’s become well acquainted with the dark side of public adoration.

“We think of [celebrities] as having it all, but when you work with people over the years and get to know them, you see them giving more than they get in the end,” he says, speaking to New Times from London. “Entertainers have a lot of difficulty with being this prisoner forever. For women, it’s especially difficult, needing to look the right way throughout it all.”

The cover of Lost + Found.
© David LaChapelle Studio / Courtesy of TASCHEN
Narrative arcs and juxtapositions are apparent throughout Good News and Lost + Found, an engrossing two-volume collection of LaChapelle’s lurid, explicit, and hyperreal collages of fine art and pop culture. Reflecting influences ranging from Michelangelo to Andy Warhol, the collections complete a five-book anthology dating to 1996, representing his first new release in more than a decade. LaChapelle will appear at Taschen Books in Miami Beach December 8 as part of his world tour to support the books.

Good News and Lost + Found include more than 500 photographs of some of the world’s most recognizable music icons, from Tupac Shakur to David Bowie, as well as other important cultural figures such as Hillary Clinton and Julian Assange. Many of the photographs have appeared in magazines such as Rolling Stone and Vogue, while others have never been published until now. They’re surrealist explorations of the underside of celebrity as well as death, rebirth, and spirituality — perhaps the byproduct of LaChapelle’s lifelong effort “to photograph that which cannot be photographed.” 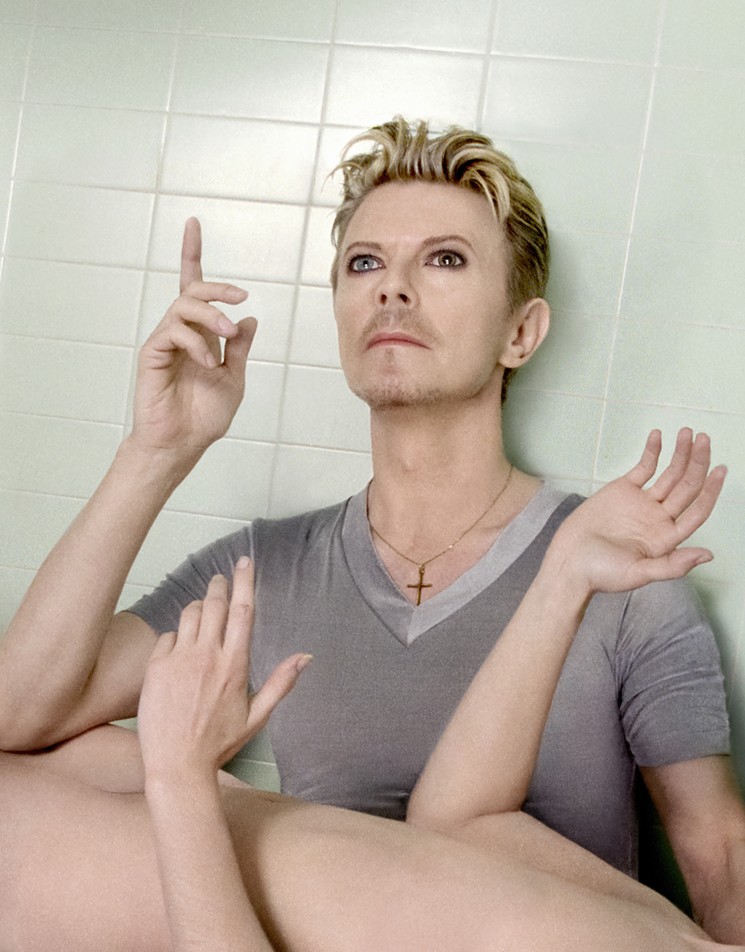 David Bowie in 1995.
© David LaChapelle Studio / Courtesy of TASCHEN
He elaborates: “Some of it was fear; my friends were dying, and I was trying to figure out where they were going. This idea of the winged spirit or the soul was important for me to realize, to make and manifest, to sort of commemorate these friends who were passing... The whole time, I was working and trying to photograph paradise, utopia, nirvana, Heaven — what would that look like?”

Many of the photographs in Good News and Lost + Found were shot in the natural haven of Hawaii, where LaChapelle moved 11 years ago after quitting the magazine business. The images also represent the capstone of his life’s work: He insists they are his final publications.

“I just feel it. I know there won’t be more books like this,” he says. “They’re definitely the culmination of everything I’ve imagined.”

David LaChapelle. 6 to 10 p.m. Friday, December 8, at Taschen Books, 1111 Lincoln Rd., Miami Beach; taschen.com. Admission is free with RSVP via taschen.com/rsvp68.
KEEP MIAMI NEW TIMES FREE... Since we started Miami New Times, it has been defined as the free, independent voice of Miami, and we'd like to keep it that way. With local media under siege, it's more important than ever for us to rally support behind funding our local journalism. You can help by participating in our "I Support" program, allowing us to keep offering readers access to our incisive coverage of local news, food and culture with no paywalls.
Make a one-time donation today for as little as $1.