Relive the moments you can't remember and the times you won't forget at Homework Gallery's latest art exhibition, "Salad Days." The exhibit explores the idea of youth, a period often recognized as a time of carefree innocence, new beginnings, and endless possibilities. The showcase aims to take visitors back to the time just before the world stood still, a period that in a post-pandemic world can often be considered "carefree." Visitors will view works from rising artists Thomas Bils, Beth Rhodes, Dylan Matamoros, and Muu Blanco. 6 p.m. Friday through September 23, at the Knoxon, 7411 Biscayne Blvd., Miami; homework.gallery. Admission is free. Sophia Medina

What is it about the full moon and Miami? The city feels energetic 'neath its glow. Take advantage of that energy on Friday when the Deering Estate hosts a Full Moon Yoga class. Led by Zamanta (@ZaYogaLife), the class begins at sunset on the estate's lawn. Zamanta is an expert in hatha yoga flow, so you'll work on getting centered as you take in the view of Biscayne Bay under the moonlight. 6:30 to 7:45 p.m. Friday, at Deering Estate, 16701 SW 72nd Ave., Miami; 305-235-1668; deeringestate.org. Tickets cost $20. Ashley-Anna Aboreden 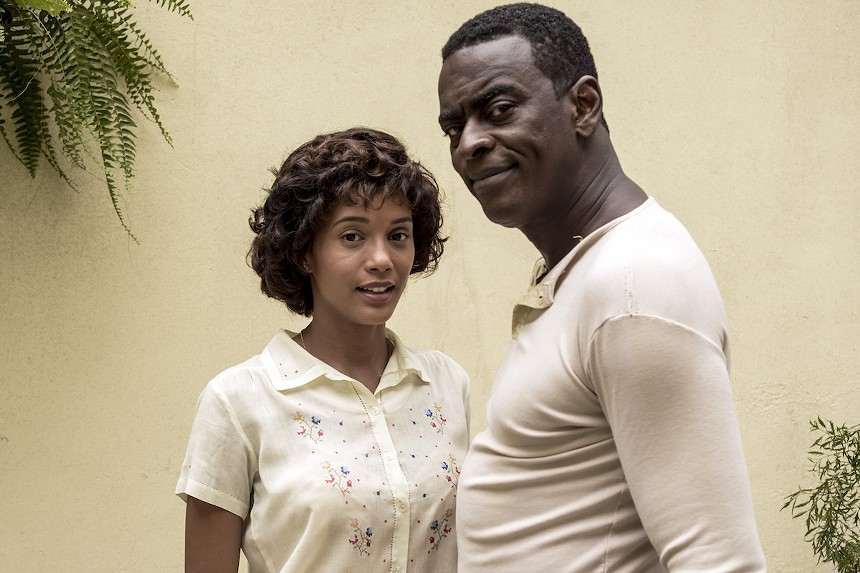 The 26th-annual Inffinito Brazilian Film Festival returns to Miami Beach for a two-week celebration of Brazil's cinematic culture. A wide array of events is on tap, including the premiere of the film Pixinguinha, an Affectionate Man, which tells the story of the father of Brazilian popular music. The film screens at Soundscape Park as part of the opening-night festivities, which include a set by DJ Lupa and a live performance by Flauta Mágica children's choir and flute orchestra. 5 p.m. Saturday, at Soundscape Park, 400 17th St., Miami Beach; inff.online. Admission is free. Sophia Medina

Miami Lyric Opera takes the stage at the South Miami-Dade Cultural Arts Center to present its production of Carmen on Saturday and Sunday. Led by artistic director Raffaele Cardone, the company brings Georges Bizet's four-act opera to life, telling the story of the downfall of a naive soldier named Don José, who is seduced by the fiery titular character. Playing the role of Carmen is mezzo-soprano Francesca Aguado; tenor Philip Alongi is opposite her as Don José. 8 p.m. Saturday and 4 p.m. Sunday, at South Miami-Dade Cultural Arts Center, 10950 SW 211st St., Cutler Bay; 786-573-5300; smdcac.org. Tickets cost $27 to $47. Jose D. Duran

Camilo at FTX Arena: See Saturday
Photo by Cristian Saumeth
Colombian singer-songwriter Camilo stops at FTX Arena as part of his De Adentro Pa Afuera Tour in support of his latest album of the same name, which dropped on September 6. The 28-year-old Latin pop crooner is recognized for delivering dreamy, romantic lyrics in his powerful soprano. Throughout his musical career, he has collaborated with artists like Shakira and Pedro Capó and has produced music for other acts in the Latin sphere, including Becky G, Natti Natasha, and Bad Bunny. 8 p.m. Saturday, at FTX Arena, 601 Biscayne Blvd, Miami; 786-777-1000; ftxarena.com. Tickets cost $56.24 to $226.24 via ticketmaster.com. Sophia Medina

On Saturday, comedian Amy Schumer brings her Whore Tour to Hard Rock Live. Schumer first reached mainstream success thanks to her Comedy Central series, Inside Amy Schumer, which ran on the network from 2013 to 2016. (Last year, Paramount+ announced it would reboot the show on its streaming service.)  The Emmy and Peabody winner starred in films like Trainwreck and I Feel Pretty and made her Broadway debut in Steve Martin's play Meteor Shower, which earned her a Tony nomination for "Best Performance by an Actress in a Leading Role in a Play." 8 p.m. Saturday, at Hard Rock Live, 1 Seminole Way, Hollywood; 954-797-5532; myhrl.com. Tickets cost $45 to $125 via ticketmaster.com. Sophia Medina

Femme-led collective and record label Concreta Sala brings the latest edition of its Proibidæ party to Domicile on Saturday. The bass-heavy night features an all-star lineup of music selectors, including Bassbear, Bunni, Lengua, Nick León, Bitter Babe, and Muerte Lenta. Partygoers will be treated to a mixture of techno, baile funk, electro, and bass music spilling out of the speakers all night long. 10 p.m. Saturday, at Domicile, 6391 NW Second Ave., Miami; concretasala.com. Tickets cost $10 to $20 via shotgun.live. Jose D. Duran

The NFL season is officially under way, which means it's time to pull out your orange and aqua gear — but did you ever put them away? The Miami Dolphins open Sunday against longtime rival New England Patriots. Will this be the year Dolphins fans finally see the team return to the playoffs? With a new head coach, Tua Tagovailoa gaining confidence at quarterback, and the nuclear-level addition of Tyreek Hill at wide receiver, the present looks as bright as the autumn sun. 1 p.m. Saturday, at Hard Rock Stadium, 347 Don Shula Dr., Miami Gardens; miamidolphins.com. Tickets cost $120 to $895 via ticketmaster.com. Ashley-Anna Aboreden

Through the years, standup comedy has gotten more rehearsed and less raw. Local funny woman Brittany Brave started Let's Bomb, a Sunday-night open mike where anyone is invited to try out standup or work on new material at Tea & Poets in South Miami. Brave promises special drop-ins from local comedians from time to time, but best to think of the night as a joke workshop rather than a proper comedy show — which is cool! 7 p.m. Saturday, at Tea & Poets, 5701 Sunset Dr., South Miami; 786-216-7201; teaandpoets.com. Tickets cost $5 via eventbrite.com. Ashley-Anna Aboreden

Indie-rock band Built to Spill performs at Culture Room on the heels of its new album, When the Wind Forgets Your Name, released on September 9 via Sub Pop. Formed in 1992, the band is helmed by guitarist and lead vocalist Doug Martsch, the only permanent member who has followed the project throughout its entirety. Having undergone multiple transitions throughout its lifespan, Built to Spill now includes bassist Melanie Radford and drummer Teresa Esguerra. The band is recognized for experimenting with its sound, with popular tracks including "Carry the Zero," "Goin' Against Your Mind," and "The Plan." 7:30 p.m Sunday, at Culture Room, 3045 N. Federal Hwy., Fort Lauderdale; 954-564-1072; cultureroom.net. Tickets cost $30 via ticketmaster.com. Sophia Medina
KEEP MIAMI NEW TIMES FREE... Since we started Miami New Times, it has been defined as the free, independent voice of Miami, and we'd like to keep it that way. With local media under siege, it's more important than ever for us to rally support behind funding our local journalism. You can help by participating in our "I Support" program, allowing us to keep offering readers access to our incisive coverage of local news, food and culture with no paywalls.
Make a one-time donation today for as little as $1.