Having already toured once this year, reggaeton superstar Bad Bunny is hitting the road again for a massive stadium run he’s dubbed World’s Hottest Tour. That's quite a claim, but if anyone's up for the task, it's the Puerto Rican artist. In May, he dropped his fourth album, Un Verano Sin Ti, which served to showcase how versatile an artist Bad Bunny truly is. The album was met with critical acclaim and debuted atop the Billboard 200. On Friday and Saturday, you'll find out if the tour's name isn't just Bad Bunny stroking his ego. 7 p.m. Friday and Saturday, at Hard Rock Stadium, 347 Don Shula Dr., Miami; 305-943-8000; hardrockstadium.com. Tickets cost $53 to $994 via ticketmaster.com. Ashley-Anna Aboreden

Local bands Crud, Holly Hunt, Wrong, and Devalued take the stage at the Auld Dubliner Irish Pub in downtown Miami for a Friday-night rager. Things will get loud as these folks deliver the sludgiest metal this side of the Everglades. As Crud so eloquently put it on its Instagram teaser for the event, "For $10 you can windmill with a fellow rawker while getting pummeled by these rippers at the Dubliner." Couldn't have said it any better. 7 p.m. Friday, at the Auld Dubliner Irish Pub, 91 NW First St., Miami; 786-353-2339; theaulddublinermiami.com. Tickets cost $10 via eventbrite.com. Jose D. Duran

This Saturday’s yoga session is not just any yoga — it’s Puppy Yoga! Join Esencia Wellness Spa as it partners with Animal Lovers Rescue (ALR) for a serotonin overload from local rescue puppies and a yoga sesh. ALR is dedicated to providing rescue for dogs from euthanasia, abandonment, and emergency situations. The adorably cute yoga class is open to the public (non-hotel guests are encouraged to bring their own mat and towel). 10:30 a.m. Saturday, at Esencia Wellness Spa at Eden Roc Miami Beach, 4525 Collins Ave., Miami Beach; 305-674-5540; edenrochotelmiami.com/spa. Tickets cost $15 via eventbrite.com. Ashley-Anna Aboreden

Expand your taste buds and submerge yourself in Black culture at this year’s Black Pepper Food & Wine Festival. Guests are welcomed to bite into savory meals cooked up by more than 30 Black restaurateurs waiting to make their mark on the Miami community. Foodies will take part in a communal celebration made up of live music, chef and mixology demonstrations, a Black vendor marketplace, live podcast interviews, and more. Guests are invited to dig their teeth into quality meals while supporting some of Miami’s Black-owned restaurants and food trucks. 3 to 8 p.m. Saturday, at Florida International University Biscayne Bay Campus, 3000 NE 151st St., North Miami; 305-348-2000; blackpepperfoodfest.com. Admission is free; VIP tickets cost $75 via eventbrite.com. Sophia Medina

Presented by Miami Events & Festival, Coconut Grove Summer Beer Fest lands at the Woman's Club of Coconut Grove with a refreshing lineup of brews. Guest can imbibe craft beers served by local breweries, including Veza Sur, the Tank, Islamorada Brewery, and Bay 13. On top of delicious local beers and cocktails, there will be seminars, live music, and food vendors. 5 to 10 p.m. Saturday, at the Woman's Club of Coconut Grove, 2985 S. Bayshore Dr., Coconut Grove; miamieventsandfestivals.com. Tickets cost $29 to $149 via eventbrite.com. Ashley-Anna Aboreden 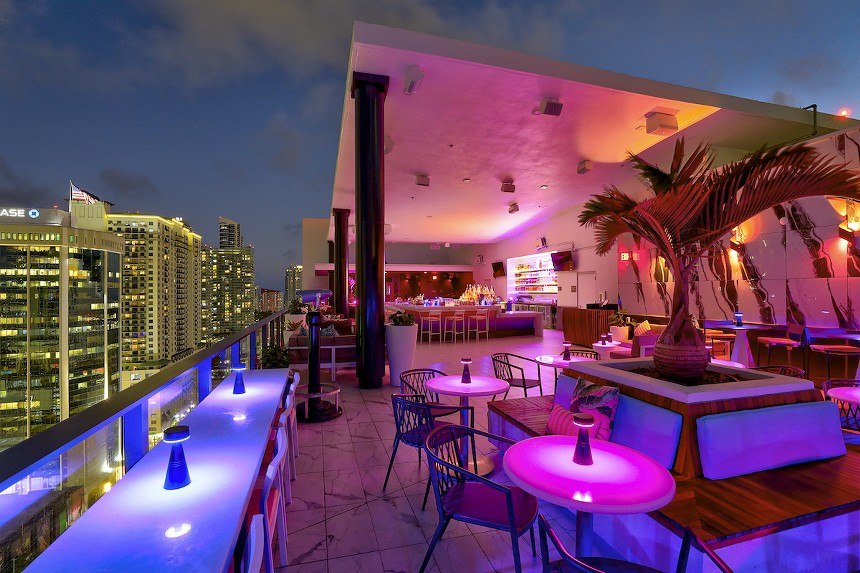 The Broward Center for the Performing Arts welcomes Thunderstorm Artis for a performance showcasing his talents and original work. The young musician rose to stardom as a season ten finalist on The Voice. He is recognized for creating reinterpretations of classic tracks from artists such as the Beatles and Louis Armstrong. A multi-instrumentalist, he has received recognition from pop-soul artist John Legend and praise from Billboard for his "earnest, uplifting presence." 8:30 p.m. Saturday, at the Broward Center for the Performing Arts, 201 SW Fifth Ave., Fort Lauderdale; 954-462-0222; browardcenter.org. Tickets cost $25 to $30 via ticketmaster.com. Sophia Medina

Trained belly dancers and artists Valerick Molinary and Alexandra Molina have put together Belly Dance Stories, a show dedicated to women’s empowerment. Each performer uses Oriental dance (AKA belly dancing) to heal and overcome and to elicit joy. You now have a chance to experience the art form in a vulnerable way through the work of these artists. 6 p.m. Sunday, at Sandrell Rivers Theater, 6103 NW Seventh Ave., Miami; 305-284-8800; sandrellriverstheater.com. Tickets cost $35. Ashley-Anna Aboreden
KEEP MIAMI NEW TIMES FREE... Since we started Miami New Times, it has been defined as the free, independent voice of Miami, and we'd like to keep it that way. With local media under siege, it's more important than ever for us to rally support behind funding our local journalism. You can help by participating in our "I Support" program, allowing us to keep offering readers access to our incisive coverage of local news, food and culture with no paywalls.
Make a one-time donation today for as little as $1.