The City of Miami Beach hosts its latest Yappy Hour at Maurice Gibb Memorial Park on Tuesday. Guests are welcome to take their pets out for fun and play while enjoying a cold cocktail at the Sunset Harbour park. Organized to promote cleanliness in Biscayne Bay, the pet-friendly happy hour calls on guests to pledge to pick up after their pets in order to receive a drink. 5 p.m. Tuesday, at Maurice Gibb Memorial Park, 18th Street and Purdy Avenue, Miami Beach; mbrisingabove.com. Admission is free. Sophia Medina

On Tuesday, Jack White delivers his brand of alt-rock when the Supply Chain Issues Tour lands at the James L. Knight Center. The former White Stripes member kicked the tour back in April in his hometown of Detroit. In July, he dropped his fifth solo album, Entering Heaven Alive, via his imprint, Third Man Records. By and large, White has been performing his solo material on tour, but he has managed to sneak some songs from his White Stripes and Raconteurs work onto the setlist. Opening the show: Miami-based singer-songwriter Cat Power. 8 p.m. Tuesday, at James L. Knight Center, 400 SE Second Ave., Miami; 305-416-5978; jlkc.com. Tickets cost $33 to $83 via ticketmaster.com. Ashley-Anna Aboreden

The Blues Opera: See Wednesday
Photo by Scott McIntyre
Hip-hop heads, rejoice! Wu-Tang Clan and Nas are on tour and headed to South Florida on Tuesday. (Method Man isn't joining the Clan owing to scheduling conflicts with a film he's shooting.) The collective behind songs like "C.R.E.A.M." and "Get Down" has dubbed this jaunt the NY State of Mind Tour and is bringing that mindset to the iThink Financial Amphitheater in West Palm Beach. Adding to the '90s rap nostalgia is opener Busta Rhymes. 8 p.m. Tuesday, at iThink Financial Amphitheatre, 601-7 Sansburys Way; 561-795-8883. Tickets cost $29.50 to $1,010 via livenation.com. Ashley-Anna Aboreden

Juggerknot Theater Company premiered The Blues Opera, Eric Garcia's one-man show, back in April. The production, an immersive autobiographical show centered on Garcia's own life, was a runaway success. Critics praised the intimate settings and personal details — "The stories tear through your heart like a hot knife," wrote New Times' Carolina del Busto. Now the show is back for an extended run. Take note: Each performance is limited to 12 attendees and takes place at an undisclosed location in Little Havana. Wednesday through Sunday through October 31, at an undisclosed location; juggerknottheatrecompany.com. Tickets cost $85. Ashley-Anna Aboreden

On Thursday, the Museum of Graffiti debuts its latest exhibition, "Private Spaces," which highlights the work of Colombian graffiti artist Ledania (real name Diana Ordóñez). The artist is one of the most recognizable muralists in the Latin-American street art scene, celebrating color and natural through her fantastical works. "I create places that are pure happiness by changing a structure in the city, intervening in it, adding my perspective and changing how people who walk by there every day react to the space," Ledania says of her work. 6 p.m. Thursday through November 18, at Museum of Graffiti, 276 NW 26th St., Miami; 786-580-4678; museumofgraffiti.com. Tickets cost $12 to $16. Ashley-Anna Aboreden

Local drag queens London Adore and TP Lords host Drag Bingo at Time Out Market every Thursday — but this won’t be like any bingo you've played before. The girls are bound to make it the funniest and most entertaining game yet. Plus, happy hour is extended for every bingo player! If you’re not a bingo player, feel free to explore the many food options, including Chick'n Jones, Little Liberty, and the Rouge Panda. 7 p.m. Thursday, at Time Out Market, 1601 Drexel Ave., Miami Beach; timeoutmarket.com. Admission is free. Ashley-Anna Aboreden Green Day at Hard Rock Live: See Thursday
Photo by Pamela Littky
Rock band Green Day returns to South Florida on Thursday to take the stage at Hard Rock Live. Last year, the trio brought its Hella Mega Tour with Fall Out Boy and Weezer to Hard Rock Stadium, but expect this show to be a more intimate affair. Green Day's last album, 2020's Father of All Motherfuckers, drew mixed reviews from critics but still managed to debut at number four on the Billboard 200. Of course, the band is best known of albums like Dookie, the record that brought them mainstream success, and the opus American Idiot. 8 p.m. Thursday, at Hard Rock Live, 1 Seminole Way, Hollywood; 954-797-5531; myhrl.com. Tickets cost $85 to $395 via ticketmaster.com. Sophia Medina

Tigre Sounds returns to Wynwood on Friday for the latest edition of the Smorgasburg Summer Nights series. This week's headliner is Afro-Cuban funk band Xperimento. The band members have been part of the local music scene since the early aughts and have jammed together off and on throughout the years. When you need a break of the band's fusion sound, gorge on the plentora of food vendors at Smogasburg Miami, including Yakitori Boyz 305, Cool & Creamy, and Arancinus. 6 to 11:30 p.m. Thursday, at Smorgasburg Miami, 2600 NW Second Ave., Miami; smorgasburgmiami.com. Admission is free. Ashley-Anna Aboreden

Reigning funk-pop princess Lizzo is ready to bring all she’s got to FLA Live Arena on Friday for the kickoff of the Special Tour. The three-time Grammy winner secured her place in the mainstream pop pantheon with the release of her third album, Cuz I Love You, in 2019. Since skyrocketing to fame, she has delivered a long line of chart-topping singles, including “Good as Hell,” “Juice,” “Tempo,” and “Rumors.” In July, Lizzo released her fourth studio album, Special, led by the hit single “About Damn Time.” 8 p.m. Friday, at FLA Live Arena, 1 Panther Pkwy., Sunrise; 954-835-7000; flalivearena.com. Tickets cost $34.75 to $124.75 via ticketmaster.com. Sophia Medina 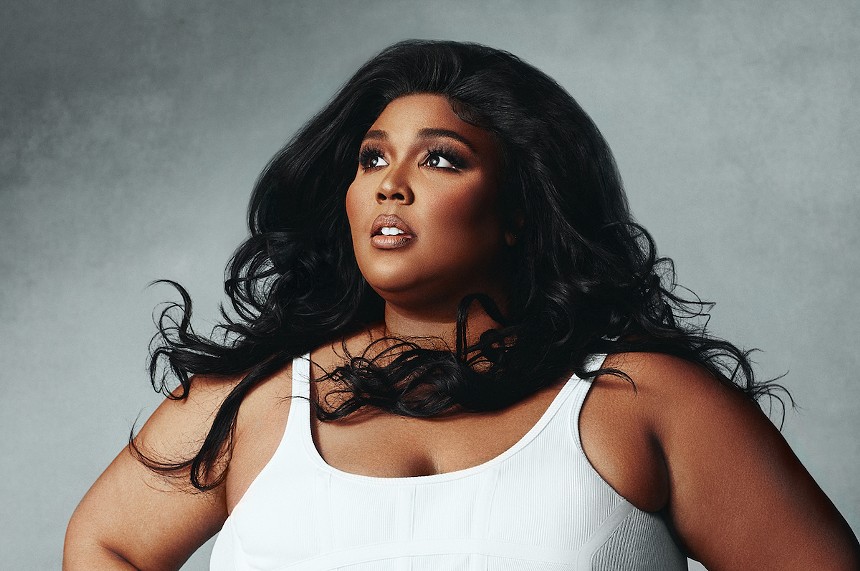 In a perfect world, brunch would be served 24/7, 365 days a week. Alas, that's not the case. Luckily, on Saturday, for four hours, New Times delivers the best of not quite breakfast and not quite lunch with our annual Out to Brunch at Regatta Park. The event brings together some of South Florida's best restaurants for an unlimited feast of brunch classics paired with cocktails by Bloody Revolution, Ghost Tequila, and Tito's vodka. This year's participating restaurants include Chick'n Jones, La Catrina, the Gramercy, Pizzella, and Rodilla. 1 to 4 p.m. Saturday, Regatta Park, 3500 Pan American Dr., Miami; newtimesouttobrunch.com. Tickets cost $50 to $80. Jose D. Duran

It’s time to pull out the black eyeliner and skinny jeans: My Chemical Romance is headed to South Florida. The Saturday stop is part of the band's first U.S. tour in nine years. At its peak in the mid-aughts, My Chemical Romance led the pack of emo and alternative bands. MCR made it major-label debut with 2004's Three Cheers for Sweet Revenge, then cemented its status with 2006's The Black Parade. Midtown and the Homeless Gospel Choir serve as openers. 7:30 p.m. Saturday, FLA Live Arena, 1 Panther Pkwy., Sunrise; 954-835-7000; flalivearena.com. Tickets cost $55.25 to $195.25 via ticketmaster.com. Ashley-Anna Aboreden

English band Florence + the Machine brings its Dance Fever Tour to FTX Arena on Saturday. Led by frontwoman Florence Welch, the band released its fifth album, Dance Fever, in May, prompting Phoebe Reilly to declare the LP "a collection of haunting rock songs that are frothing for release" in the New York Times. In addition to the newer material, fans can expect to hear hits like "Dog Days Are Over,” “You’ve Got the Love,” and “How Big, How Blue, How Beautiful.” Brooklyn singer-songwriter King Princess will open. 8 p.m. Saturday, at FTX Arena, 601 Biscayne Blvd., Miami; 786-777-1000; ftxarena.com. Tickets cost $35.75 to $115.75 via ticketmaster.com. Sophia Medina

Put away your dancing shoes and pick up a pair of skates because underground hot spot the Boombox is redefining the typical rave with its Super Speed Roller Rave. Instead of taking up space on the dance floor, as the DJ plays some techno-electro beats, partygoers will take over the rink at Super Wheels Skating Center in Kendall. Australian DJ Jenson Interceptor will annihilate the night alongside electronic artists Ultrathem, Winter Wong, Exzakt, and Uprokk. 11 p.m. Saturday, at Super Wheels Skating Center, 12265 SW 112th St., Miami; 305-270-9386; superwheelsmiami.com. Tickets cost $25 via shotgun.live. Sophia Medina

Sundays aren’t only meant for brunch and mimosas. Sometimes they're about half-off wine and a delicious dinner. Pretty Swell invites you to enjoy Half-Off Wine Sundays, with specials on wines by the bottle. Pair your choice with menu items like tacos, avocado toast, hummus, and shrimp and waffles. 6 p.m. Sunday, at Pretty Swell, 321 Collins Ave., Miami Beach; 866-466-7534; lifehousehotels.com. Reserve your spot for free via eventbrite.com. Sophia Medina
KEEP MIAMI NEW TIMES FREE... Since we started Miami New Times, it has been defined as the free, independent voice of Miami, and we'd like to keep it that way. With local media under siege, it's more important than ever for us to rally support behind funding our local journalism. You can help by participating in our "I Support" program, allowing us to keep offering readers access to our incisive coverage of local news, food and culture with no paywalls.
Make a one-time donation today for as little as $1.