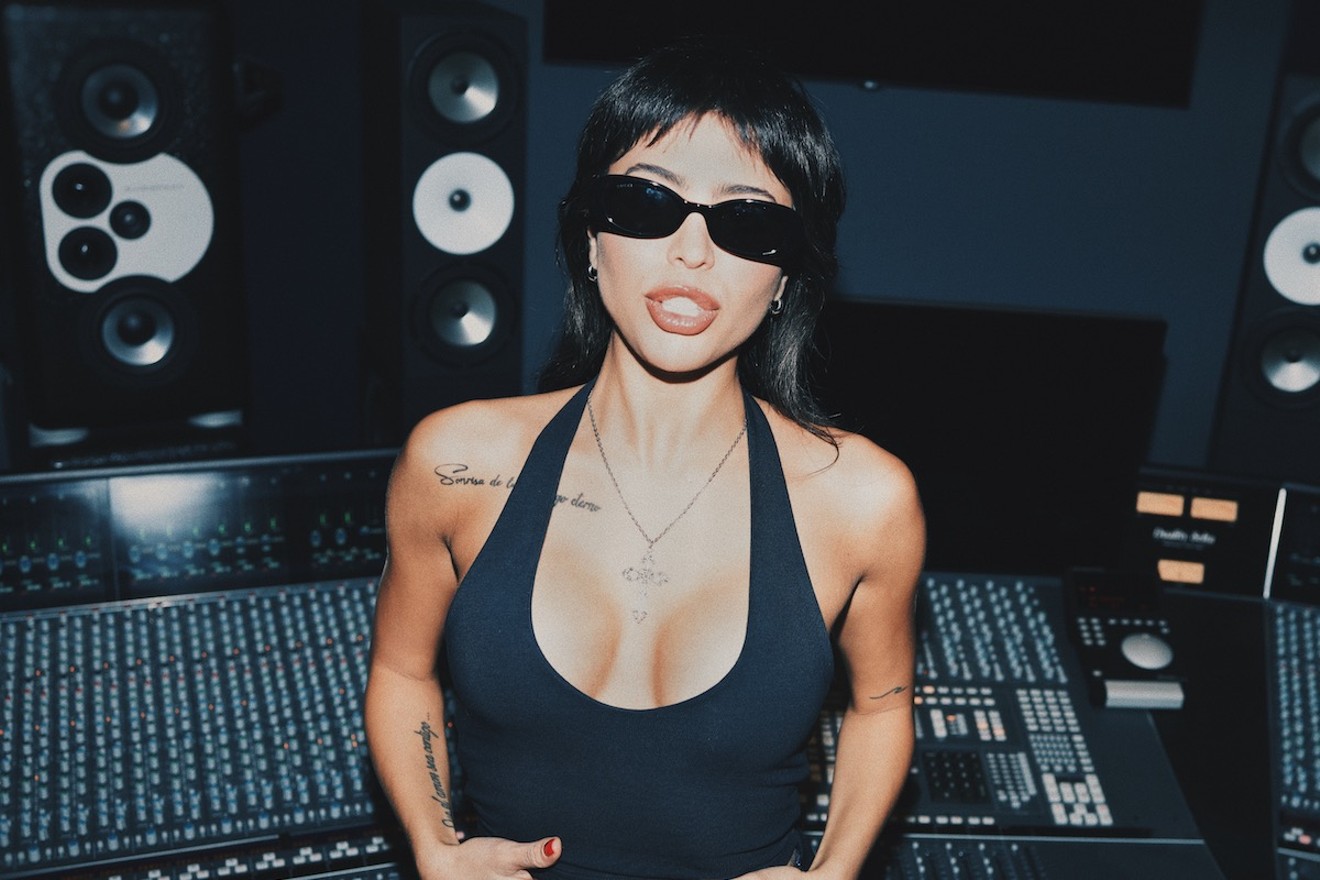 The latest show at the Institute of Contemporary Art, Miami, "Fire Figure Fantasy," is the first major exhibition of the museum's permanent collection, with a focus on recent acquisitions. Both local and national artists are represented, with particular emphasis on newly acquired pieces from the past 50 years, including works by Henry Taylor, Esteban Jefferson, Rashid Johnson, Cameron Rowland, and Sable Elyse Smith. On view through October 30, at the Institute of Contemporary Art, Miami, 61 NE 41st St., Miami; 305-901-5272; icamiami.org. Admission is free. Jose D. Duran

Step forward for a night of knowledge and wisdom at this year’s TEDxMiami. Guests will have the opportunity to listen to stories told by some of the city’s top innovators. This year’s theme is "Bold New World," a nod to the countless possibilities and potential opportunities that can appear along one’s life path. The speaker lineup includes NASA scientist and marine biologist Bridget Seegers, Qualia Research Institute cofounder Andrés Gómez Emilsson, and musician and Guitars Over Guns CEO Chad Bernstein. 7 to 9:30 p.m. Thursday, at the New World Center, 500 17th St., Miami Beach; tedxmiami.com. Tickets cost $80 to $320 via eventbrite.com. Sophia Medina

Venezuelan singer-songwriter Le Coco Ramos heads to the North Beach Bandshell for an intimate performance on Thursday. Ramos' exciting blend of R&B, soul, pop, trap, and folk has landed her more than 40,000 monthly listeners on Spotify. Last year, she dropped her debut EP, Esotérico, a three-track offering that serves as an excellent introduction to her music. Her latest single, "Bookia," leans heavily into the urbano sound with R&B styling reminiscent of Aaliyah. 8 p.m. Thursday, at North Beach Bandshell, 7275 Collins Ave., Miami Beach; 786-453-2897; northbeachbandshell.com. Admission is free with RSVP. Ashley-Anna Aboreden 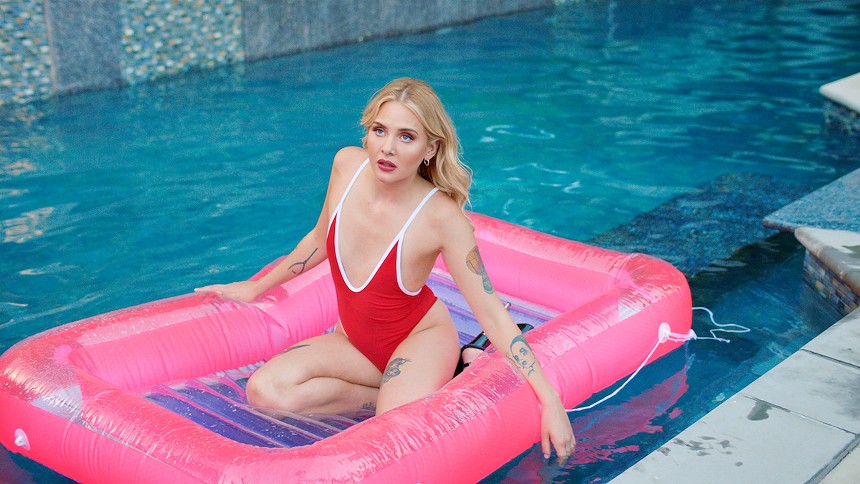 Folk-rockers the Lumineers arrive at the iThink Financial Amphitheatre in support of their latest album, Brightside. The duo, consisting of Wesley Schultz and Jeremiah Fraites, is known for energetic acoustic-like tracks such as “Ho Hey” and “Stubborn Love.” Since its 2012 self-titled debut, the Lumineers have seen their work reach the top five on the Billboard 200 charts. Opening Friday's show is Ohio-based band Caamp. 7:30 p.m. Friday, at iThink Financial Amphitheatre, 601-7 Sansburys Way, West Palm Beach; 561-795-8883. Tickets cost $35 to $1,010 via livenation.com. Sophia Medina

Experience Lin-Manuel Miranda’s acclaimed musical In the Heights like you’ve never seen it before. On Friday and Saturday, local artists come together to perform the award-winning stage show at the Adrienne Arsht Center for the Performing Arts. In the Heights tells the story of a diverse Latin community in New York City’s Washington Heights neighborhood. In the pursuit of accomplishing their dreams, the characters find themselves faced with a difficult decision: Hold on to traditions or leave them behind for good. 8 p.m. Friday and 2 and 8 p.m. Saturday, at the Adrienne Arsht Center for the Performing Arts, 1300 Biscayne Blvd., Miami; 305-949-6722; arshtcenter.org. Tickets cost $51 to $178. Sophia Medina 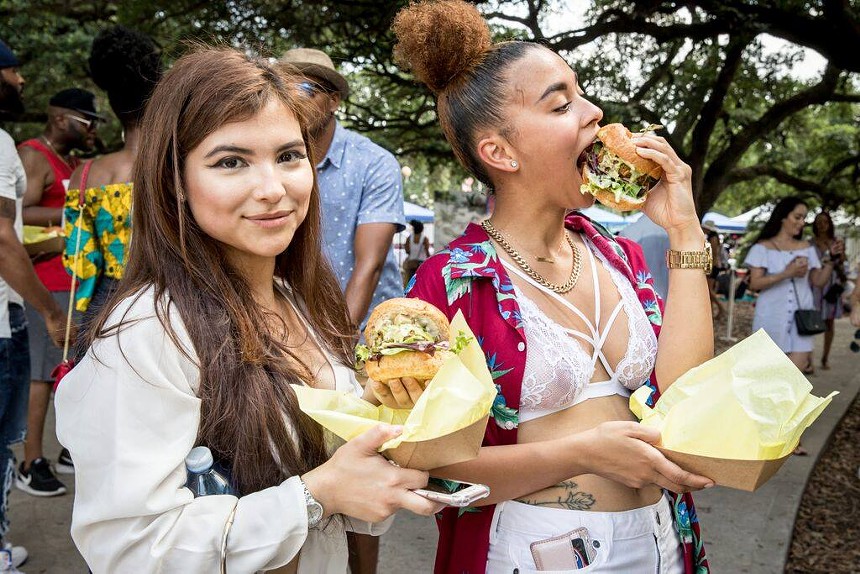 Food festival Vegandale serves up attendees with an array of plant-based meals sure to seduce any foodie who enters its gates. At Virginia Key Beach Park, guests can participate, learn, and appreciate the veganism dietary lifestyle. Food and drink vendors including Snackrilege, Epic Vegan, Lucky You! Burger, and Kale My Name will serve attendees throughout the all-day event. Festivalgoers will also have the opportunity to purchase homemade goods to show off and commemorate the experience. 11 a.m. to 7 p.m. Saturday, at Virginia Key Beach Park, 4020 Virginia Beach Dr., Miami; vegandalefest.com. Tickets cost $10 to $30. Sophia Medina

Wynwood brewery Cerveceria La Tropical is turning 1! In that short time, the brewery has become a local favorite, in part thanks to its lovely atmosphere, which commemorates the original Cuban brewery. To celebrate its first year, Cerveceria La Tropical is throwing a block party featuring ten hours of live music, all kinds of vendors, a free pint with a ticket, and a fundraiser. Every penny of the proceeds goes to the Foundation of Human Rights in Cuba and Cuba Decide. Noon to 1 a.m. Saturday, at Cerveceria La Tropical, 42 NE 25th St., Miami; 305-741-6991; cervecerialatropical.com. Tickets cost $10 via eventbrite.com. Ashley-Anna Aboreden

Throughout the years, the arts have typically been the community to stand up and speak out regarding injustices in the world. The Miami Gay Men’s Chorus is doing precisely that. In direct response to the recent passage of "Don’t Say Gay" in Florida, the chorus is coming together for a one-day “Say Gay” performance, in order to, as its members put it, “use song and art to reinforce our visibility.” 7 to 8:30 p.m. Saturday, at All Souls Episcopal Church, 4025 Pine Tree Dr., Miami Beach; mgmchorus.org. Tickets cost $25 via eventbrite.com. Ashley-Anna Aboreden 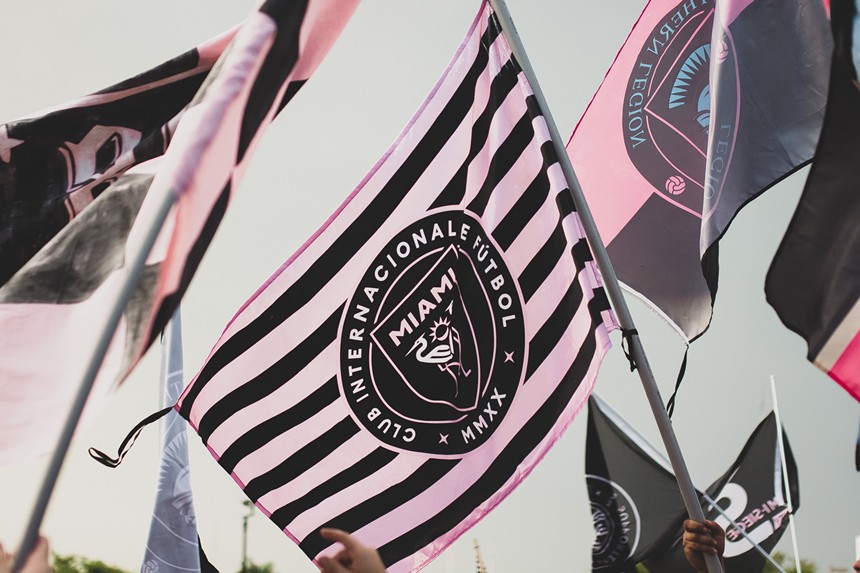 Football season hasn’t started yet, but you can still watch fútbol. On Sunday, catch Inter Miami FC face off against the New York Red Bulls at DRV PNK Stadium. Enjoy the games at Inter Miami's first home field while you can: Recently, the City of Miami approved the construction of Miami Freedom Park near Miami International Airport. The proposed 25,000-seat stadium is scheduled to open in time for the 2025 season. 6 p.m. Sunday, at DRV PNK Stadium, 1350 NW 55th St., Fort Lauderdale; 305-428-0611; intermiamicf.com. Tickets cost $24 to $157 via ticketmaster.com. Ashley-Anna Aboreden

Singer-songwriter Still Woozy (AKA Sven Eric Gamsky) makes landfall at Oasis Wynwood for his If This Isn’t Nice Tour on Monday. The Oakland native is known to dismiss genre constraints to build his experimental pop sound. Since debuting his solo project in 2019, the erstwhile member of the math-rock band Feed Me Jack released a debut studio album, If This Isn't Nice, I Don't Know What Is, which features tracks like “Window” and “Rocky,” in 2021. Opening the show: indie-pop artist Legwurk. 8:30 p.m. Monday, at Oasis Wynwood, 2335 N. Miami Ave., Miami; oasiswynwood.com. Tickets cost $35 to $100 via tixr.com. Sophia Medina 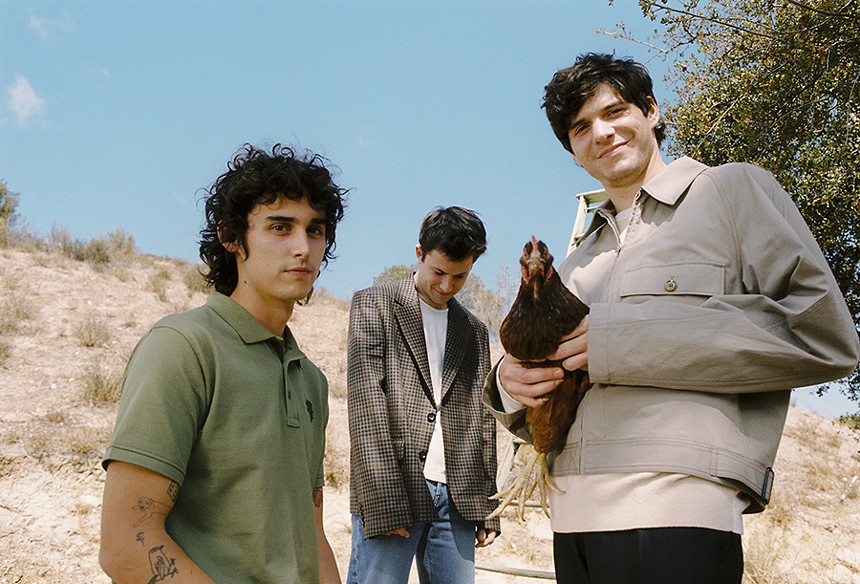 Los Angeles rock band Wallows stops at the Fillmore Miami Beach for its Tell Me That It’s Over Tour, celebrating its latest album of the same name. Bedroom-pop musician Jordana serves as the night's opener. Wallows consist of Dylan Minnette, Braeden Lemasters, and Cole Preston and had its start with the release of the single “Pleaser,” which reached number two on the Spotify Global Viral 50 Chart. Since 2017, the trio has released two studio albums, including its debut, Nothing Happens. 8 p.m. Tuesday, at the Filmore Miami Beach, 1700 Washington Ave., Miami Beach; 305-673-7300; fillmoremb.com. Tickets cost $37.50 to $45 via livenation.com. Sophia Medina

On Wednesday, Fetish Factory, South Florida's long-standing fetish retail shop, kicks off the 25th annual Florida Fetish Weekend at the Westin Fort Lauderdale. Throughout the week, guests will have the chance to dive into their fantasies (with proper consent, of course) as they will experience over nine parties with music, fashion, and fun. If your only knowledge of fetish, bondage, and general S&M comes from material like Fifty Shades of Grey, you might be unprepared for what an actual fetish event looks like. Come with an open mind and be respectful — this isn't a sex party but a way to express yourself freely and without judgment. Wednesday through Sunday, at Westin Fort Lauderdale, 400 Corporate Dr., Fort Lauderdale; fetishfactory.com/florida-fetish-weekend. Tickets cost $30 to $300. Sophia Medina

If you haven't watched a legend like former Beatles member Paul McCartney on stage, here's your chance. The former Wings frontman brings his Got Back Tour to Hard Rock Live on Wednesday night. With a capacity of 7,000, the venue is one of the most intimate of the tour; McCartney can easily sell out an arena. The music legend is joined onstage by his longtime backing band, which includes Paul “Wix” Wickens (keyboards), Brian Ray (bass/guitar), Rusty Anderson (guitar), and Abe Laboriel, Jr. (drums). 8 p.m. Wednesday, at Hard Rock Live, 1 Seminole Way, Hollywood; 954-797-5531; seminolehardrockhollywood.com. Tickets cost $105 to $705 via ticketmaster.com. Ashley-Anna Aboreden
KEEP MIAMI NEW TIMES FREE... Since we started Miami New Times, it has been defined as the free, independent voice of Miami, and we'd like to keep it that way. With local media under siege, it's more important than ever for us to rally support behind funding our local journalism. You can help by participating in our "I Support" program, allowing us to keep offering readers access to our incisive coverage of local news, food and culture with no paywalls.
Make a one-time donation today for as little as $1.