The 14 Best Things to Do in Miami This Week

If you were someone who hopped on the gardening trend during the lockdown and now have an excess amount of rosemary, Garden to Glass at Pinecrest Gardens is the event for you. Join mixologist Ashly Levi (AKA Miss Agave) for a cocktail-making class where you can learn how to transform fresh ingredients into delicious cocktails. Thursday's course focuses on tequila and mezcal and how you can pair them with your herbaceous spoils. 6:30 p.m. Thursday, at Pinecrest Gardens, 11000 SW 57th Ave., Pinecrest; 305-669-6990; pinecrestgardens.org. Tickets cost $45 via eventbrite.com. Ashley-Anna Aboreden

For its Juneteenth kickoff, Pérez Art Museum Miami will rebroadcast Afropunk Black Spring on its bayfront terrace. The virtual festival, which took place back in April, was billed as "a deep dive into the intersections Afro-Latin, Afro-Caribbean, and other layered identities of the diaspora." Before you groove to the screening of performances by Miami's ArtLoveTrap, Willie Clarke, DJ Kumi, Masisi, Jenny Perez, and Seafoam Walls, enjoy sets from DJs LaNegra Fabulosa and Kumi. 7 p.m. Thursday, at Pérez Art Museum Miami, 1103 Biscayne Blvd., Miami; 305-375-3000; pamm.org. Admission is free with RSVP. Ashley-Anna Aboreden 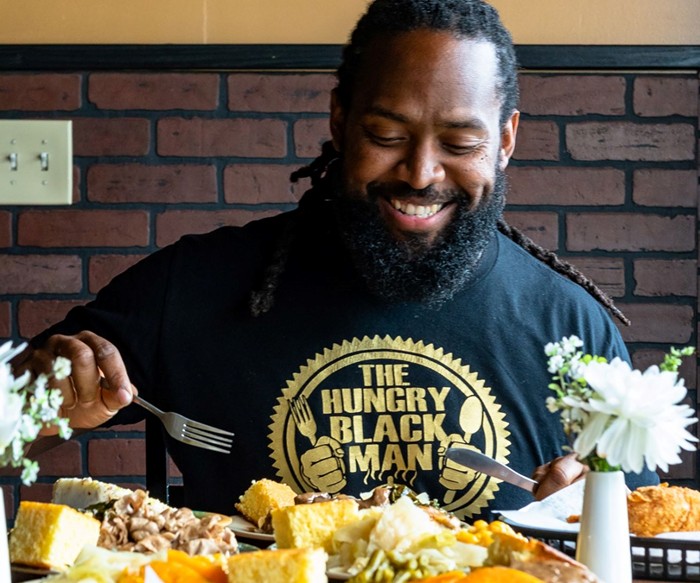 After last year's virtual event, Wynwood Pride returns as an in-person affair at the Oasis on Friday and Saturday. The LGBTQ+ celebration kicks off with a performance by hyperpop queen Charli XCX on Friday. In addition to a set from the British singer, expect drag performances by Miss Toto, Kandy Muse, Athena Dion, FKA Twink, and Kat Wilderness, and more music courtesy of DJ Zehno, Bonnie Beats, Manuvers, and Telescope Thieves. On Saturday, DJs Honey Dijon and Derrick Carter headline alongside Mystic Bill, Ultrathem, and DJ Zog. 5 p.m. Friday, June 18, and noon Saturday, June 19, at the Oasis, 2335 N. Miami Ave., Miami; oasiswynwood.com. Tickets for Friday's performance cost $80 to $150; Saturday's performance is free with RSVP ($125 for VIP) via oasismiami.tixr.com. Ashley-Anna Aboreden

Better known as the "old-school kompa band," Magnum Band celebrates its 45th anniversary during Sounds of Little Haiti at the Little Haiti Cultural Complex on Friday. The band began performing for the Haitian community in Queens and Brooklyn in the 1970s. By 1980, Magnum Band was embarking on international tours. In addition to the celebrated act, expect DJs and food and drink vendors during the family-friendly event. 7 p.m. Friday, at Little Haiti Cultural Center, 212 NE 59th Ter., Miami; 305-960-2969; littlehaiticulturalcenter.com. Tickets cost $5 via eventbrite.com and $10 at the door. Ashley-Anna Aboreden

The Hungry Black Man's Juneteenth Food & Music Weekend Celebration is back with two days of music, food, and more. The festivities kick off on Friday with a Chef Cypher and Concert in Overtown at Space Called Tribe Co-Work. Guests will enjoy music from underground R&B acts and feast on food (including vegan options) and cocktails from Black chefs and mixologists. On Saturday, the party moves to the Sand Bowl at the North Beach Bandshell for the Juneteenth Food & Music Festival. During the event, guests can again enjoy artisanal food and drink pairings — featuring plenty of vegan options — along with family-friendly music and games. 8 p.m. Friday at Space Called Tribe Co-Work and Urban Innovation Lab, 937 NW Third Ave., Miami; and noon Saturday at the Sand Bowl at the North Beach Bandshell, 7275 Collins Ave., Miami Beach; thehungryblackman.com. Admission is free. Olivia McAuley

Not ready to stop celebrating Pride? Lucky for you ATV Records is hosting Gaze, the official Wynwood Pride afterparty, on Friday. Detroit producer and Women on Wax collective founder DJ Minx headlines the event, which will seduce guests with house, disco, and acid sounds. Also on the bill is a who's who of Miami's queer underground, including Ultrathem, Lisa Frank, Pressure Point, and Alexx In Chainss. Gaze is positioning itself as a safe space for the queer community, so racism, homophobia, transphobia, or intolerance of any kind aren't welcomed here. 10 p.m. Friday, at ATV Record, 1306 N. Miami Ave., Miami; 305-456-5613; atvrecords.com. Tickets cost $15 to $20 via eventbrite.com. Jose D. Duran

New York's deep house and techno authority Anthony Parasole headlines at the recently reopened venue Floyd on Friday, bringing the same raw selections of underground electronic music he has previously brought to the dance floors of iconic clubs such as Shelter, Output, and Berghain. In 2012, Parasole launched his label the Corner, which quickly rose to prominence on the heels of several critically acclaimed releases. Local support on Friday comes by way of Sister System and Radar. 11 p.m. Friday, at Floyd, 34 NE 11th St., Miami; 786-608-2824; floydmiami.com. Tickets cost $20 to $30 via eventbrite.com. Olivia McAuley 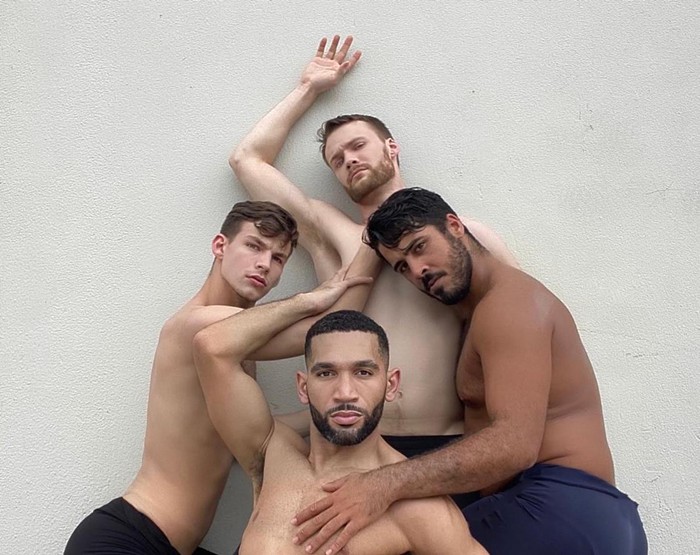 In 2021, it seems like everything has become an art. On Saturday, show off your latte art skills, or perhaps stand by and be awed, as Sips Coffee Roasters hosts a Latte Art Competition to launch Blk Brw's first merch drop. Blk Brew is a collective of local Black baristas on a mission to highlight the Black coffee scene and business. First place winners get $200 and a Blk Brw care package. Spectators can expect specialty drinks from a secret menu featuring Dre's Drip Artisanal Syrups, as well as vegan cuisine from the Vegan Caribe. 11 a.m. at Sips Coffee Roasters, 1951 NW Seventh Ave., Suite 190, Miami; 305-646-1060; sipscoffeeroasters.com. Admission is free with RSVP via eventbrite.com. Ashley-Anna Aboreden

For its final program of the season, Dance Now! Miami returns to the Miami Theater Center in Miami Shores on Saturday. The event will feature the U.S. premiere of "Caravan," from Italy's Opus Ballet Company, and the Miami premieres of "Dorian's Reflection" (inspired by the Oscar Wilde novel) and the Jewish-focused "Anusim." The event was originally planning to be a joint performance with Opus Ballet. But the pandemic prevented the company from traveling to the U.S. Instead, it worked with Dance Now! which will perform "Caravan," a commentary on the European migration and culture crisis. 8 p.m. Saturday, June 19, at Miami Theater Center, 9806 NE Second Ave., Miami Shores; 305-751-9550; mtcmiami.org. Tickets cost $15 to $40 via dancenowmiami.org. Jose D. Duran

Singer-songwriter Rachel Angel will showcase new music at the idyllic open-air venue Oak Garden on Saturday — her first live performance since the beginning of the pandemic. Angel will be joined on stage by a full band, preceded by sets from Nick County, who recently dropped the first single, "Jesus Is Dead," from his upcoming album, Colorful Corner of Eastern Pennsylvania, due out later this year. Ben Moats, Rick Moon, and Corey Perez complete the stacked lineup of indie-folk magic. 8 p.m. Friday at Oak Garden, 791 NW 20th St., Miami; 786-273-1074; oakgardenmiami.com. Tickets cost $10 via eventbrite.com. Olivia McAuley

Feeling the itch to shop? Look no further than the monthly Market @ Thesis, the brand-new hotel and indoor-outdoor event space at the edge of Coral Gables. The event takes form as an elevated farmers' market featuring live music, a rotating selection of local vendors with everything from vegetables and artisanal food to curated lifestyle and wellness goods. 11 a.m. to 3 p.m. Sunday, at the Thesis Hotel, 1350 S. Dixie Hwy., Coral Gables; 305-667-5611; thesishotelmiami.com. Admission is free with RSVP via eventbrite.com. Olivia McAuley

The Cultural Service of the Consulate General of France in Miami and the Rhythm Foundation join forces for Fête de la Musique at North Beach Bandshell, honoring the celebration's French origins. The event features Miami Bloco, a South Florida-based Brazilian participatory batucada, and a live set of chill-out grooves by the French-Brazilian DJ Ella Romand, who's joined by vocalist Emi Garth and Vincent "French Horn" Raffard. The evening will also include a selection of French wines and snacks. 7:30 p.m. Monday at North Beach Bandshell, 7275 Collins Ave., Miami Beach; 305-672-5202; northbeachbandshell.com. Admission is free with an RSVP via eventbrite.com. Olivia McAuley

The Jewish Museum of Florida's newest exhibition, "Will Eisner: Comic Creator, Illustrator, and Innovator," puts into focus the man known as the father of the graphic novel. The exhibition explores Eisner's work over seven decades, featuring original illustrations, first-edition comic books from The Spirit series, works from Eisner's days in the U.S. Army, graphic novels, and self-portraits. 10 a.m. to 3 p.m. Tuesday, at the Jewish Museum of Florida-FIU, 301 Washington Ave., Miami Beach; 305-672-5044; jmof.fiu.edu. Admission is free; by appointment only. Olivia McAuley

Whether you're a skilled artist looking for a new muse or a curious mind searching for a new hobby, Raw Figs is popping at Apollo Plants in the Design District to help you sharpen your skills. The donation-based figure-drawing class is hosted by Vida and welcomes people of all skill levels. Would-be Picassos are encouraged to bring their own materials, but a limited amount of supplies will be available during the class. Typically, a model is set, and anyone is welcome to create their take on the figure. 6:45 p.m. Wednesday, at Apollo Plants, 151 NE 41st St., Miami; vidaishere.com/raw-figs. Tickets cost $25 via eventbrite.com. Ashley-Anna Aboreden