The City of Miami is 125 years old. Luckily, with all the fillers and Botox, it doesn't look a day over 25. HistoryMiami celebrates the milestone with its latest exhibit, "It's a Miami Thing," which focuses on the museum's vast collection of artifacts and archival materials. Items on display include everything from unearthed Tequesta artifacts from 800 A.D. to a cape from pop-culture icon and astrologer Walter Mercado. On view through January 9, at HistoryMiami, 101 W. Flager St., Miami; 305-375-1492; historymiami.org. Admission is free with reservation. Jose D. Duran

Wynwood Walls is set to host the Leesa Richards Quartet for a three-hour performance on Thursday evening, as a part of its monthly music series produced by WDNA-FM (88.9). Singer Leesa Richards has honed her craft over the years, performing at venues across the country and sharing stages with Faith Hill, Whitney Houston, the Bee Gees, and Gloria Estefan. Concertgoers can bring their own blankets and chairs and purchase refreshments from Joey's Italian Cafe. 5, 6, and 7 p.m. Thursday, at Wynwood Walls, 2520 NW Second Ave., Miami; 305-531-4411; thewynwoodwalls.com. Tickets cost $5 to $10. Olivia McAuley

Latin-trap pioneer La Goony Chonga is making her way from her adopted city of L.A. back to where she hails from when she headlines at the Ground on Thursday. The Miami emcee and host of YouTube's Chongafied released her third album, Dinero, a Spanish-language trap-reggaeton hybrid, last year. With a performance alongside artists like Janelle Monae and reggaeton icon Ivy Queen at Primavera Sound Festival in Spain in her near future, you could say the rapper is blowing up and we wouldn't argue. 10 p.m. Thursday, at the Ground, 34 NE 11th St., Miami; thegroundmiami.com. Tickets cost $15 via eventbrite.com. Olivia McAuley

If you have not yet caught the heartwarming Duplass brothers documentary Asperger's Are Us on Netflix, stop what you're doing and stream it right now. Or better yet, go see the comedy troupe that inspired the film. Asperger's Are Us consists exclusively of comedians with Asperger syndrome and will be performing at the South Miami-Dade Cultural Art Center on Friday for one night only. The show is recommended for comedy fans aged 16 and over. 8 p.m. Friday, at the South Miami-Dade Cultural Arts Center, 10950 SW 211st St., Cutler Bay; 786-573-5316; smdcac.org. Tickets cost $15. Olivia McAuley

Dev Patel (Slumdog Millionaire) stars in The Green Knight, a David Lowery-directed film that follows the epic journey of Sir Gawain, nephew of the legendary King Arthur, as he sets out to confront a giant beast plaguing mankind. The fantastical adventure will screen at O Cinema starting on Friday evening, with screenings available through August 12. Don't miss this imaginative take on a classic on the Knights of the Round Table. 7 and 9:30 p.m. Friday, at O Cinema South Beach, 1130 Washington Ave., Miami Beach; 786-471-3269; o-cinema.org. Tickets cost $9 to $11. Olivia McAuley

Hessle Audio founder Ben UFO lands at downtown dance emporium ATV Records on Friday during PL0T's Dreaming of You event. The British DJ/producer has built an enviable reputation as a skilled sound selector and mixer. His sound leans toward the experimental but with a keen sense of keeping things danceable. In 2020, Ben UFO released a limited-edition cassette tape via Japan's Cav Empt. The mix ranges from techno and house to grime and breakbeat. Also on Friday's lineup: Brother Dan and Darone Sassounian. 9:30 p.m. Friday, July 30, at ATV Records, 1306 N. Miami Ave., Miami; 305-456-5613; atvrecords.com. Tickets cost $15 to $35 via eventbrite.com. Jose D. Duran 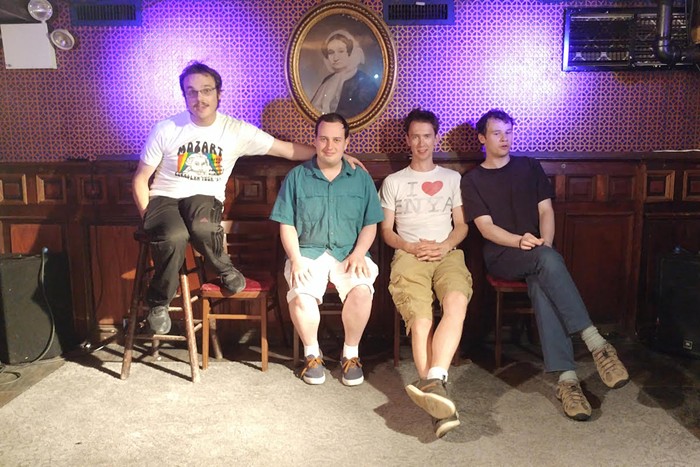 Keep your workout routine fun by heading to Sweat and Slay Twerkout, a weekly, ladies-only twerk fitness party powered by the Boss Chick Dance Workout. The hourlong, high-intensity class uses hip-hop, dancehall, and Afrobeat music and routines for full-body "twerkout." Each week, the brains behind Sweat and Slay Twerkout will feature a new themed class, such as Twerk 101, Twerk Cardio, Twerkography, and Twerk Body HIIT — so be sure to check out the schedule. 11 a.m. Saturday, at Glassbox Ironside, 7520 NE Fourth Ct., Miami; bosschickdanceworkout.com. Tickets cost $18. Olivia McAuley

To some of us, sneakers are just something you wear on your feet to avoid walking barefoot outside. But to others, sneakers are an obsession worthy of collecting. In a nod to the latter, Sneakerfête takes over the Miami Airport Convention Center, offering a venue where sneakers and streetwear can be bought, sold, and traded. Expect brands like Nike, Adidas, and Puma, along with more niche labels like Supreme and Off-White. Also making appearances are special guests like Sole Resell, JumperMan Kris, and Madeinphlly. Noon to 5 p.m. Saturday, July 31, at the Miami Airport Convention Center, 711 NW 72nd Ave., Miami; 305-261-3800; macc.com. Tickets cost $10 to $20 via eventbrite.com. Jose D. Duran

Beat Culture Brewing is giving the people what they want: a Pastelito Fest. Join the brewery this weekend as it celebrates the return of its popular guava-pastelito-inspired brew, with a festival featuring pastelito vendors, special beer and mead releases, limited-edition guava and coconut milkshake IPAs, a barbecue, games for the whole family — and all of that in a dog-friendly setting. 1 to 4 p.m. Saturday, at Beat Culture Brewing, 7250 NW 11th St., Miami; 786-431-5413; beatculture.com. Admission is free. Olivia McAuley

Grammy-nominated roots-reggae musician Julian Marley will perform a free concert at Hollywood ArtsPark on Saturday, presented by Rhythm Foundation and Diaspora Vibe Cultural Arts Incubator. Since releasing his debut album, Lion in the Morning, more than 20 years ago, the musician has followed in his father's footsteps, carving out a space for himself in the music industry. He most recently dropped the album As I Am via Ghetto Youths International and Zojak World Wide. 8 to 11 p.m. Saturday, at ArtsPark at Young Circle, 1 N. Young Cir., Hollywood; 954-924-2936; floridashollywood.org. Admission is free. Olivia McAuley

Berlin-based DJ/producer Mor Elian will perform at Floyd on Friday night, playing the heady techno that has made her a fixture of club scenes across the pond and in the States. (Elian moved to Los Angeles at a young age and has worked tirelessly to bring the dance music scene she'd fallen in love with in her birthplace of Tel Aviv to the Hollywood Hills.) These days, the DJ hosts a monthly radio program on Rinse FM, and aside from producing a handful of records on her imprint, Elian has also released her tracks on a handful of labels, including the UK's Hypercolour. Sister System and Bort join the lineup as local support. 11 p.m. Saturday, at Floyd, 34 NE 11th St., Miami; 786-608-2824; floydmiami.com. Tickets cost $10 to $20 via eventbrite.com. Olivia McAuley 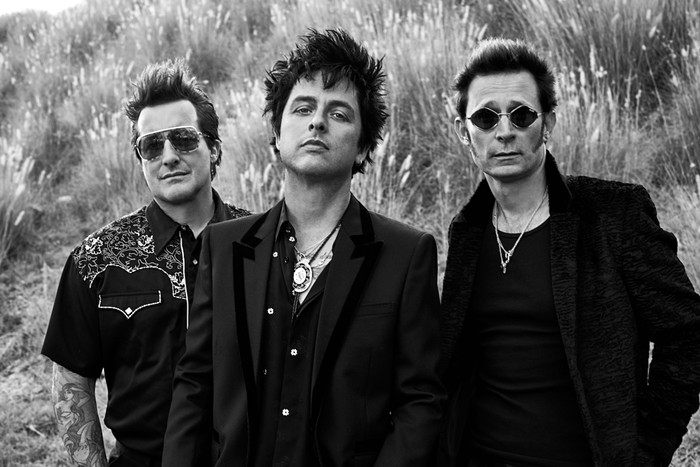 Get out the eyeliner! The stuff of pop-punk dreams is coming to town in the form of the Hella Mega Tour, featuring the aughties softcore trifecta of Green Day, Fall Out Boy, and Weezer. The much-anticipated show comes after the tour's original 2020 dates were canceled owing to the pandemic. The bands will descend upon Hard Rock Stadium for one night only on Sunday, with the Los Angeles ska-punk band the Interrupters opening. 5:30 p.m. Sunday, at the Hard Rock Stadium, 347 Don Shula Dr., Miami Gardens; 305-943-8000; hardrockstadium.com. Tickets cost $29 to $300 via ticketmaster.com. Olivia McAuley

Since releasing his debut single, "Yo Sin Ti," in 2014, Sech has amassed a music catalog that most acts take decades to build. The Panamanian singer released his third studio album, 42, in April after dropping a barrage of singles throughout 2020 — pandemic be damned! The reggaetonero is set to celebrate on Sunday with a live performance at the Oasis. Expect Sech to run through hits like "Otro Trago'' and "Si Te Vas," along with newer material like ''911" and ''Sal y Perrea." 7 p.m. Sunday, August 1, at the Oasis, 2335 N. Miami Ave., Miami; oasiswynwood.com. Tickets cost $55 to $100 via oasismiami.tixr.com. Jose D. Duran

On Monday, learn how to capture the vivid colors proliferating throughout Fairchild Tropical Botanic Garden by joining the Tropical Fruits in Color Pencils and Watercolor Workshop led by artist Carlos Gallostra. The class, open to all levels, aims to teach guests how to develop dynamic illustrative skills using color pencils, watercolor, or a mixture of both. Learn and master techniques including layering, burnishing, and color mixing. 9 a.m. to noon Monday, at Fairchild Tropical Botanic Garden, 10901 Old Cutler Rd., Miami; 305-667-1651; fairchildgarden.org. Tickets cost $40 to $50. Olivia McAuley 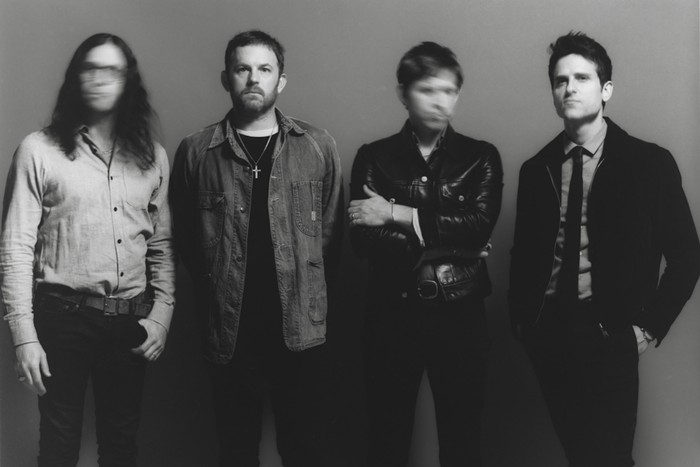 The Nashville rockers Kings of Leon make their way to West Palm Beach's iThink Financial Amphitheatre on Tuesday as part of their When You See Yourself tour. The trek supports the band's record of the same name, released earlier this year, which made headlines not just because it's Kings of Leon's first in almost four and a half years but because the record was released as a nonfungible token (NFT). The outfit will perform with a slightly altered lineup as guitarist Matthew Followill sits out the first leg due to the recent birth of his child. 7:30 p.m. Tuesday, at iThink Financial Amphitheatre, 601-7 Sansburys Way, West Palm Beach; 561-795-8883; livenation.com.Tickets cost $27 to $593. Olivia McAuley

Fresh off facing the New York Yankees, the Miami Marlins are now facing the other team from the Big Apple, the Mets, on Wednesday, for the third contest of a four-game set. The Marlins don't stand a chance of duplicating last year's playoff bid, but that's no reason to sleep on this team. The best reason to go to a Marlins game — besides the beer and food — is to see the raw young talent on display. Like 23-year-old Bahamas-born shortstop Jazz Chisholm, who should be back from a stint on the Injured List after injuring his shoulder making a diving catch. 7:10 p.m. Wednesday, at LoanDepot Park, 501 Marlins Way, Miami; 305-480-1300; mlb.com/marlins. Tickets cost $10 to $122. Jose D. Duran