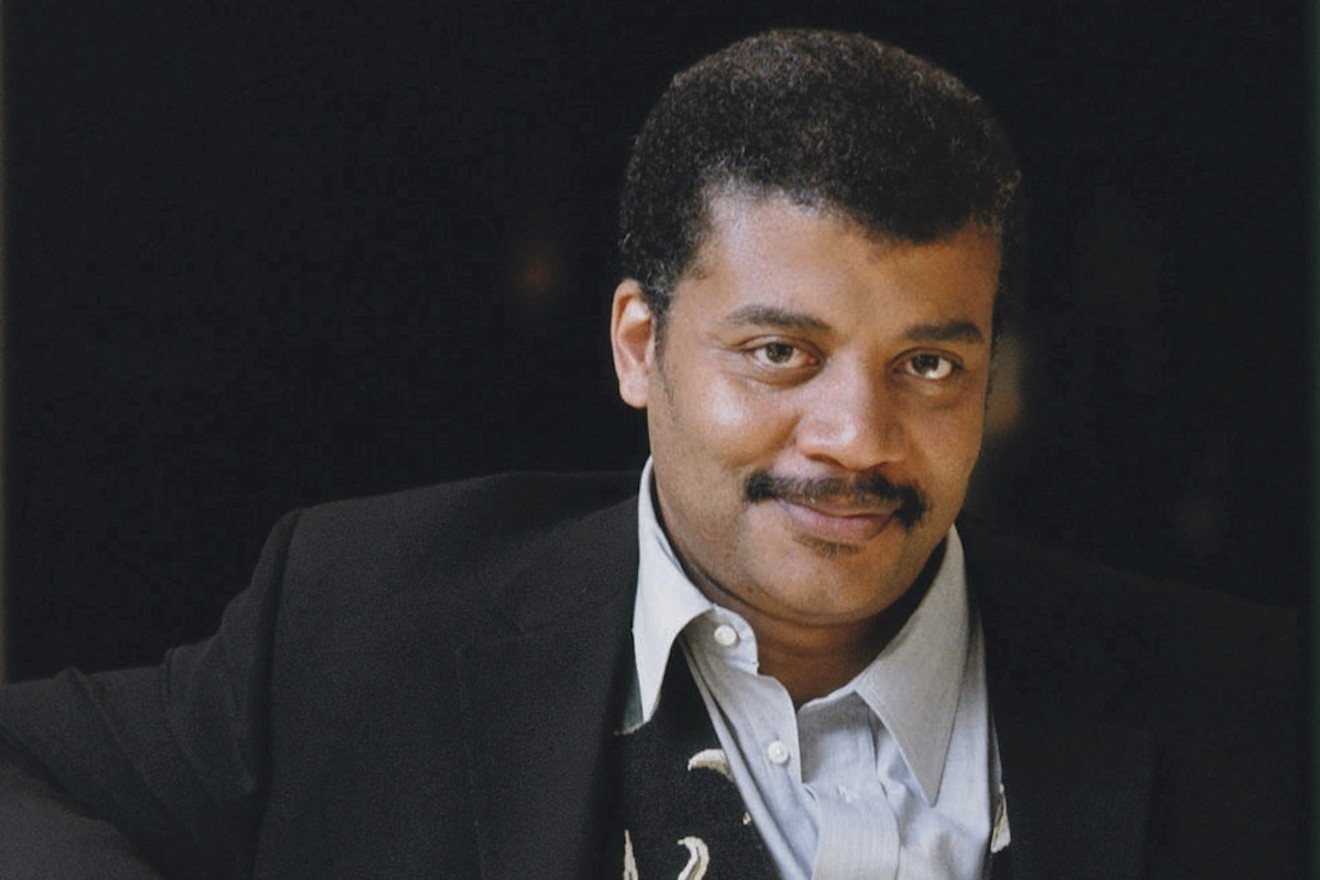 Award-winning astrophysicist, author, and TV personality Neil deGrasse Tyson stops at the Broward Center for the Performing Arts on Monday to impart some wisdom. In "An Astrophysicist Goes to the Movies II," Tyson will go over all the things our favorite movies — from The Wizard of Oz to Mary Poppins and Game of Thrones — got wrong about science. This is the sequel to a series he debuted a few years ago, and there'll be no repeat movies. 7:30 p.m. Monday, at Broward Center for the Performing Arts, 201 SW Fifth Ave., Fort Lauderdale; 954-462-0222; browardcenter.org. Tickets cost $45 to $125 via ticketmaster.com. Ashley-Anna Aboreden

Premiering in November, Leah Gordon's "Karnival" at the Museum of Contemporary Art, North Miami, documents 20 years of Carnival in Haiti. Gordon is the codirector of the Ghetto Biennale in Port-au-Prince and was a curator for the Haitian pavilion at the 54th Venice Biennale. The MOCA exhibition consists of images contextualized by oral histories from the leaders of various troupes who oversee the design of the costumes and generate the narratives surrounding Carnival. Noon to 7 p.m. Wednesday through April 16, at Museum of Contemporary Art, North Miami, 770 NE 125th St., North Miami; 305-893-6211; mocanomi.org. Tickets cost $10. Ashley-Anna Aboreden 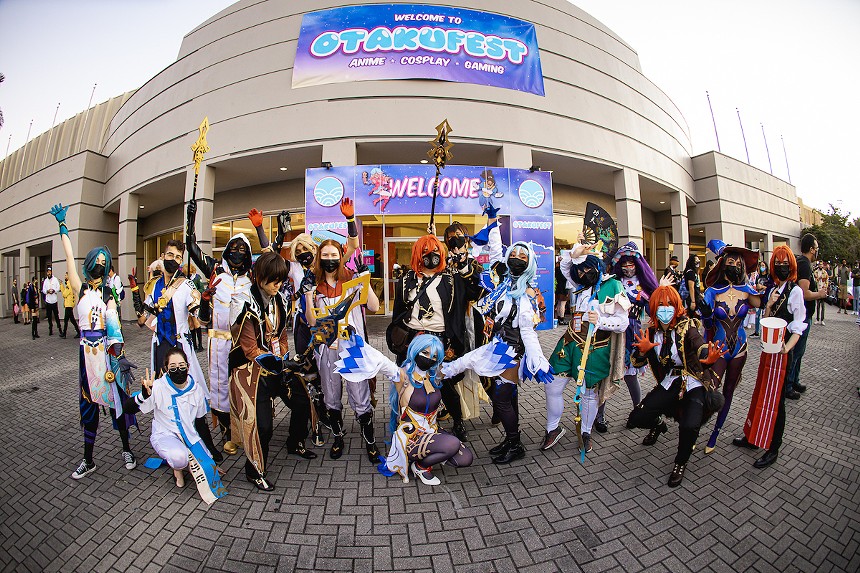 In support of the Abortion Freedom Fund and the Sexuality Information and Education Council of the United States (SIECUS), Showfields Miami and healthcare brand Wisp host Art for Abortion on Thursday. With Florida lawmakers looking to continue to curtail women's access to reproductive healthcare, Wisp is looking to make abortions accessible to those who need them. Thursday's event features live art and a raffle, and you can take home condoms, lube, and vaginal wash, along with goodies from other like-minded brands. Noon to 7 p.m. Thursday, at Showfields Miami, 530 Lincoln Rd., Miami Beach; 305-351-0672; showfields.com. Raffle tickets cost $5 via givebutter.com/artforabortion. Ashley-Anna Aboreden

Making its world premiere at the Adrienne Arsht Center for the Performing Arts on Thursday is American Rhapsody. Five-time Carbonell Award winner and Miami-based playwright Michael McKeever wrote the Zoetic Stage production, which explores one family's evolution, beginning in 1962 and ending in 2032. Throughout their time, the characters attempt to keep up with an ever-changing world, enduring events such as 9/11, the 2008 financial crisis, and the COVID-19 pandemic. As the family adapts to a new America, they redefine their identities, from sexual orientation to race. 7:30 p.m. Thursday through January 29, at the Adrienne Arsht Center of Performing Arts, 1300 Biscayne Blvd., Miami; 305-949-6722; arshtcenter.org. Tickets cost $55 to $60. Sophia Medina

The Miami-Dade County school board isn't a fan of Nilo Cruz's Pulitzer Prize-winning play Anna in the Tropics. Still, the conservative-leaning body is hardly the arbiter of cultural importance. When it won the Pulitzer in 2003, Anna hadn't even been staged in New York City. The following year, it earned two Tony Award nominations, for "Best Play" and "Best Featured Actress in a Play." On Thursday, Miami New Drama will kick off its production in honor of the play's 20th anniversary, with Cruz directing it for the first time ever. That's reason enough for everyone, including students, to see this masterful work in person. 8 p.m. Thursday through February 5, at the Colony Theatre, 1040 Lincoln Rd., Miami Beach; 305-674-1040; miaminewdrama.org. Tickets cost $46.50 to $76.50. Jose D. Duran 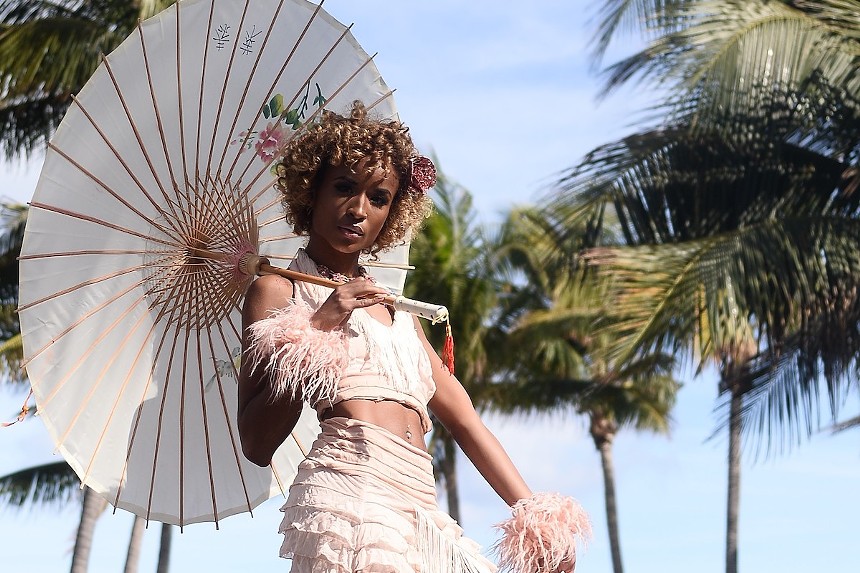 It's time to celebrate Miami Beach's most recognizable architectural style! At the 46th-annual Art Deco Weekend, you can dive immerse yourself in the city's design and style history through dancing, classic cars, vibrant architecture, and art. The event kicks off on Friday with an artisan market on Ocean Drive, a screening of the film La Antena at O Cinema, and the exhibition "Radio Waves: Miami Beach and the Golden Age of Radio" at the Art Deco Museum. The soiree kicks off at 8 p.m. at Ocean Drive and 12th Street with music by the Cab Calloway Orchestra. Noon to 10 p.m. Friday, 10 a.m. to 10 p.m. Saturday, and 10 a.m. to 8 p.m. Sunday, at various locations; artdecoweekend.org. Ticket prices vary. Sophia Medina

Thanks to heat and humidity, orchids thrive in South Florida. The state is home to at least 106 native species. Unfortunately, 58 of those species are listed as endangered. Starting Friday, orchid fans will flock to the Miami-Dade County Fair Expo Center for this weekend's Tamiami International Orchid Festival. The three-day event bill's itself as the city's largest and most diverse orchid show, with a bounty of vendors set to attend. There will also be a raffle and a bench-judged show by the American Orchid Society with $5,000 worth of cash prizes at stake. 9 a.m. to 6 p.m. Friday through Sunday, at Miami-Dade County Fair Expo Center, 10901 SW 24th St., Miami; tamiamiorchidfestival.com. Tickets cost $12 to $60. Ashley-Anna Aboreden

It's time to get together and free your inner hyper-fan. Celebrate your favorite anime, games, and more at OtakuFest, a convention where you can cosplay as your favorite characters and participate in fun activities. This year's talent roster includes anime and industry guests such as Demon Slayer's Zach Aguilar, Avatar: The Last Airbender's Greg Baldwin and Grey Delisle, and Sonic the Hedgehog's Roger Craig Smith. There will also be appearances by cosplay and J-fashion guests Danielle Denicola, Feycrafts, Nate Nook, Morgan Le Foy, and Zippertan. 1 p.m. to midnight Friday, 10 a.m. to midnight Saturday, 10 a.m. to 10 p.m. Sunday, at Miami Airport Convention Center, 711 NW 72nd Ave., Miami; otakufest.com. Tickets cost $20 to $55. Sophia Medina

On Friday, join local reggaeton act Emphoria as she celebrates the release of her debut EP, Kira Kira, at the Joint of Miami. "Kira kira" means glitter in Japanese, so the singer invites everyone to shine in their own way — probably with the help of a lot of glitter — and get ready for the neo perreo sounds. In addition to a live performance by Emphoria, you'll be treated to DJ sets from Bozito, Saturnsarii, Lengua, and Marte. 10 p.m. Friday, the Joint of Miami, 2010 NW Miami Ct., Miami; 786-860-5634; thejointofmiami.com. Tickets cost $15 to $20 via shotgun.live. Jose D. Duran 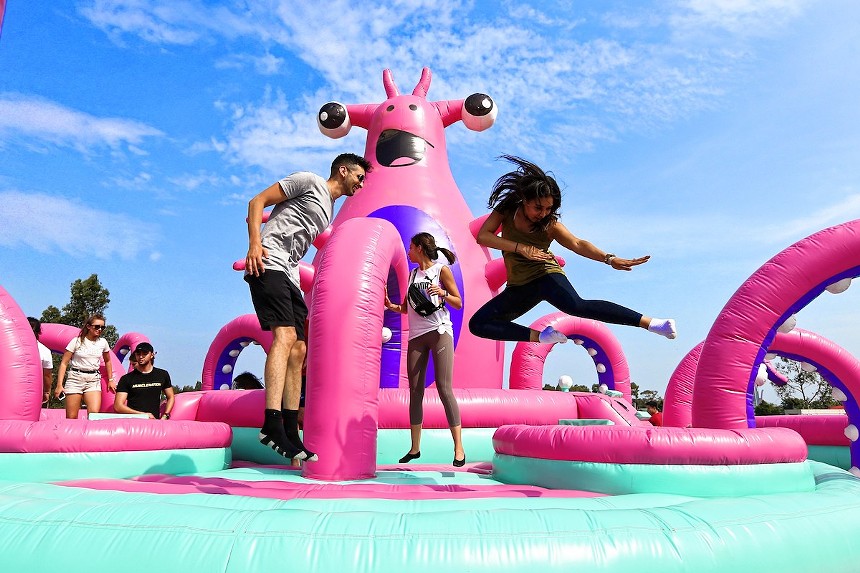 Prepare to jump until you drop when the Big Bounce America stops at Ives Estates Park Saturday and Sunday (with additional dates on January 20-22 and 27-29). The touring inflatable event includes four attractions: a 16,000-square-foot bounce house, a newly added Sport Slam featuring a customized sports arena, a 900-foot-long obstacle course, and a space-themed area called airSPACE. Don't like the idea of sharing a bounce house with snot-nosed kids? There's an adults-only (16 and up) session available. Saturday and Sunday (and Friday through Sunday, January 20-22 and January 27-29), at Ives Estates Park, 20901 NE 16th Ave., Miami; thebigbounceamerica.com. Tickets cost $22 to $41. Jose D. Duran

The title Carmina Burana might not ring a bell, but you've definitely heard it. Composed by Carl Orff in 1935 and 1936, the cantata is based on the 24 poems of the medieval collection of the same name. The first movement, "O Fortuna," is perhaps the most widely recognized piece from Carmina Burana, going from a lauded classical work to mainstream consciousness thanks to its repeated use in movies, TV, and advertisements. On Saturday, the New World Symphony, led by conductor Patrick Quigley, takes the stage at the Adrienne Arsht Center for the Performing Arts alongside Seraphic Fire to perform Orff's epic meditation on fate and fortune. 8 p.m. Saturday, at the Adrienne Arsht Center of Performing Arts, 1300 Biscayne Blvd., Miami; 305-949-6722; arshtcenter.org. Tickets cost $25 to $215. Ashley-Anna Aboreden

Trance music legends Gabriel & Dresden take over Lost Nightclub for a night of euphoric dancing. The duo will spin from the moment you step foot in the venue until last call. Josh Gabriel and Dave Dresden came together in San Francisco in 2001 and went on to win the International Dance Music Awards for "Best American DJ." In 2008, the duo took a hiatus, only to reunite in 2011. 10 p.m. Saturday, at Lost Nightclub, 30 NE 14 St; Miami; apexpresents.com. Tickets cost $20 via eventbrite.com. Sophia Medina

Go one deeper with mimosas and bloody marys at the Deep House Brunch at 1-800-Lucky. Event organizers are bringing the brunch, which originated in downtown Los Angeles, to the Magic City in anticipation of the upcoming Groove Cruise sailing out of PortMiami. Scotty Boy will provide the tunes with Leon Morley on sax and Chris Hammett on the congas. Noon to 4 p.m. Sunday, at 1-800-Lucky, 143 NW 23rd St., Miami; 305-768-9826; 1800lucky.com. Admission is free with RSVP. Sophia Medina

Local indie rockers Palomino Blond take the stage at Gramps on Sunday alongside Haute Tension and Bloom Dream. Palomino Blond is on tour in support of its debut album ontheinside, which came out at the end of 2021. Sunday's show serves as a homecoming and is the tour's final date. 8 p.m. Sunday at Gramps, 176 NW 24th St., Miami; gramps.com. Tickets cost $12 to $15 via eventbrite.com. Ashley-Anna Aboreden
KEEP MIAMI NEW TIMES FREE... Since we started Miami New Times, it has been defined as the free, independent voice of Miami, and we'd like to keep it that way. With local media under siege, it's more important than ever for us to rally support behind funding our local journalism. You can help by participating in our "I Support" program, allowing us to keep offering readers access to our incisive coverage of local news, food and culture with no paywalls.
Make a one-time donation today for as little as $1.