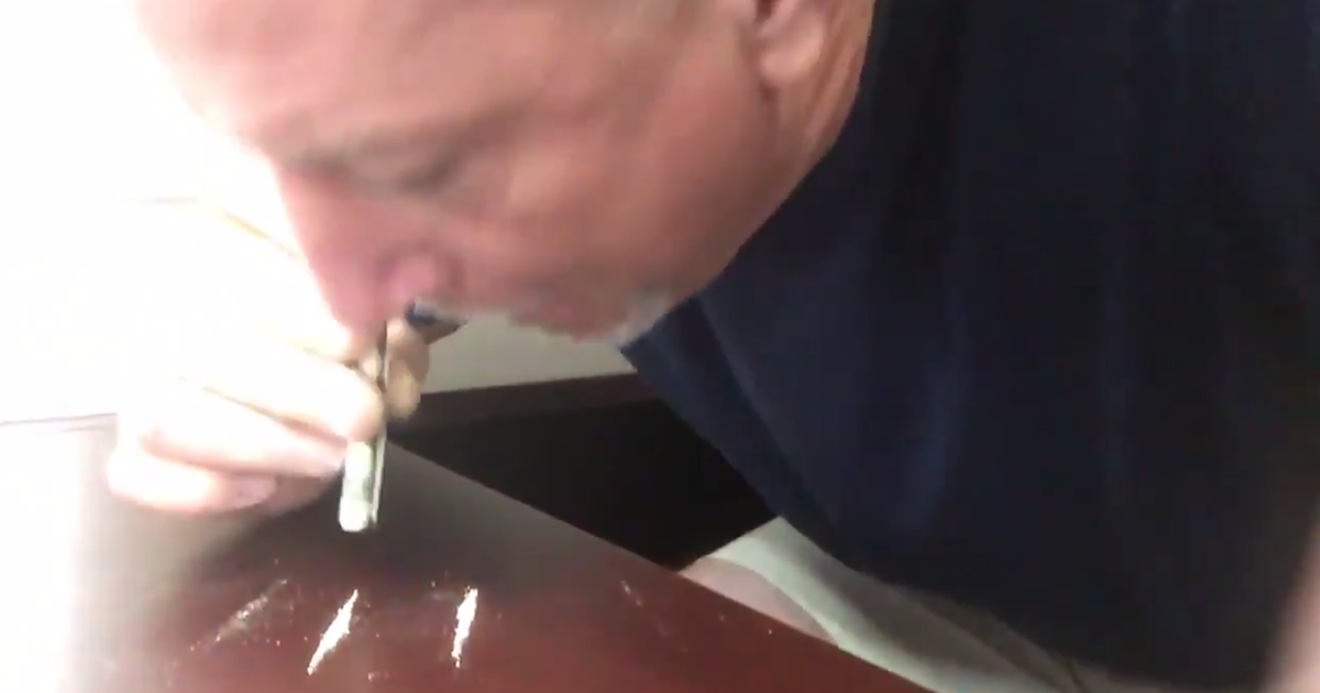 Update: Offensive line coach Chris Foerster issued the following statement Monday morning: “I am resigning from my position with the Miami Dolphins and accept full responsibility for my actions. I want to apologize to the organization, and my sole focus is on getting the help that I need with the support of my family and medical professionals.”

This past Sunday, Miami Dolphins owner Stephen Ross abruptly changed his tune on the NFL player protests. Ross, who'd previously supported players kneeling to raise awareness of police violence and racial inequality, told the Miami Herald's resident Kaepernick-basher, Armando Salguero, that since President Donald Trump had made the protests "about patriotism," he now disagreed with the move. Coach Adam Gase then forced three of his players to stay in the tunnel during the National Anthem rather than protest on the field at Hard Rock Stadium.

A few hours later, a Las Vegas-based model named Kijuana Nige took to Facebook to blast the organization for the move — and to fire back in the form of a video that allegedly shows offensive line coach Chris Foerster snorting lines of cocaine inside the Dolphins offices before a meeting.

“So quick to make excuses for him but will roast a minority player over an anthem, dog fights, weed, domestic issues etc," Nige wrote on Facebook after posting the video. "But y’all keep saying ALL LIVES MATTER STFU??... if his ass was black they would be dragging him thru the [mud] face 1st.”

Foerster, a former college player at Colorado State, is an NFL veteran who has 34 years of coaching experience with more than a half-dozen teams. He's been in charge of the Fins' O-line since 2016.

In the video, he appears to vacuum up three hefty lines of cocaine. Nige, who goes by Starr Sherrod on Facebook, says she used to date Foerster. In the video, the coach says he's snorting the substance right before a meeting.

"I think about you when I do it. I think about how much I miss you, how hot we got together. How much fun it was. So much fun. Last little bit before I go to my meeting," Foerster says. "I wish I was licking this off your pussy."

It's no coincidence that Nige chose this past Sunday to put the Fins coach on blast. An organization that had previously stood behind the players carrying on Kaepernick's protest suddenly shifted course this weekend — with some shaky logic coming from Ross' owners box.

Here's what Ross told Salguero (who, incidentally, for months has been beating the racist drum against the protests in a singularly hypocritical fashion):


"Trump has made [standing for anthem] about patriotism,” Ross said before the Dolphins game against the Tennessee Titans on Sunday. “It's so important if that's what the country is looking at to look at [the protest] differently.”

So Ross changed his tune because Trump pretended Kaepernick's protest was against the flag, the anthem, and the military — even though the former quarterback and his supporters have explicitly made clear that's not what they're protesting?

“Its a different dialogue today,” Ross tells Salguero. “Whenever you’re dealing with the flag, you’re dealing with something different. [The President] has changed that whole paradigm of what protest is. I think it’s incumbent upon the players today, because of how the public is looking at it, to stand and salute the flag.”

But Kaepernick and his allies have made it very clear they're protesting police killings of minorities and inequality in America. They sent a letter to the league spelling out precisely what they're upset about and how they'd like to see it addressed.

Two weeks ago, the Fins' Michael Thomas cried when describing his reasoning for taking a knee during the anthem. Apparently, all of that effort fell on deaf ears.

Foerster, at least, will likely pay a price for the revelations. The Fins say they're "aware of the video," and club sources have confirmed to the Herald that it indeed shows Foerster inside the team's offices.

Nige, for her part, says Foerster isn't the only NFL coach she has some goods on.