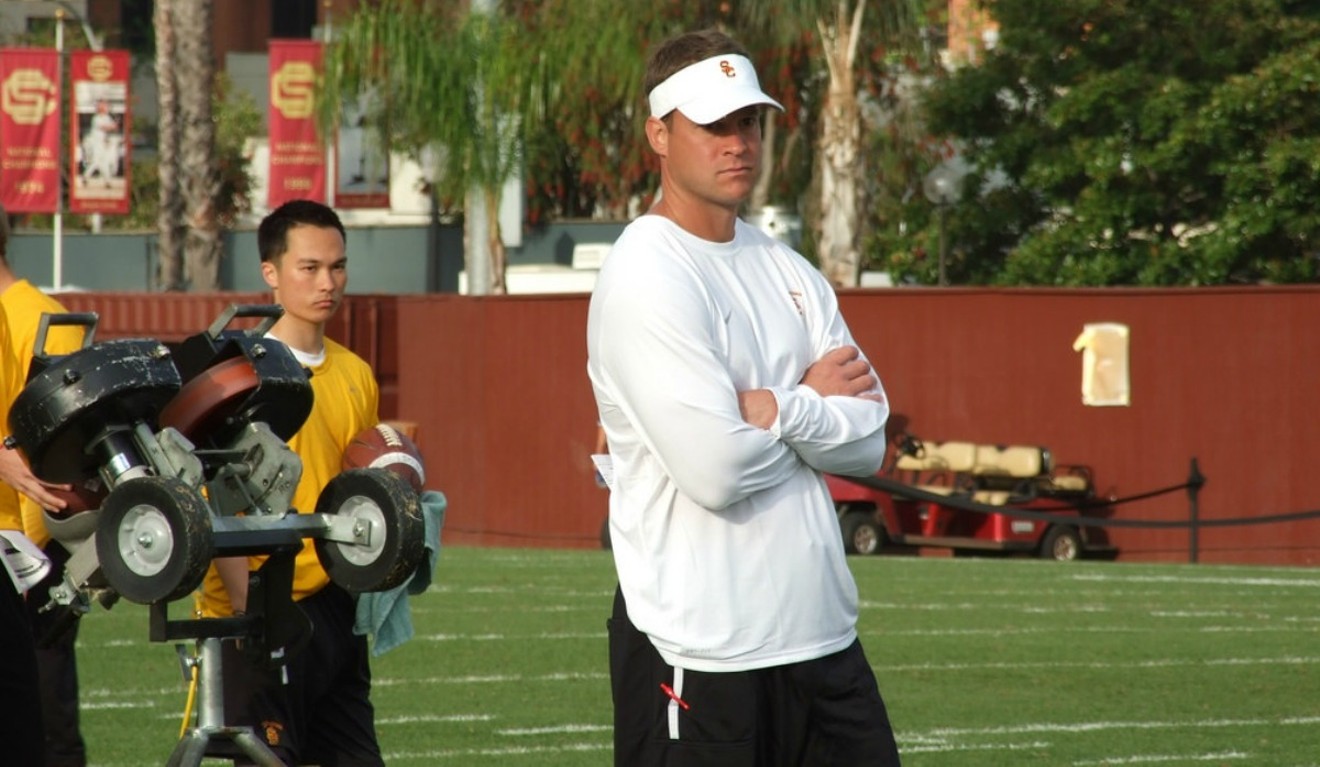 For one, Kiffin is already an offensive genius whose talents turned the University of Alabama Crimson Tide into a high-scoring machine that lost only two games and won a national championship during his tenure. So who does he hire to run the Owls offense? Another one of college football’s best offensive gurus: Kendal Briles.

Briles held the same job at Baylor University, where his offense racked up an average of 523 yards and 35 points per game last season. In 2015, Briles’ offense led the nation in total offense, with a 616-yards-per-game average. Kiffin also hired Miami Northwestern alum and former Howard University head coach Gary Harrell to coach the wide receivers. Watch FAU light up the scoreboard and run the up-tempo-style offense Canes fans have been craving for decades.
On defense, Kiffin didn’t have to look far to bring in stellar assistant coaches. He hired his brother Chris Kiffin as the defensive coordinator. From 2011 to 2016, Chris was the defensive line coach and recruiting coordinator for Ole Miss, where he landed players that became All-SEC stars, including Laremy Tunsil, the Miami Dolphins’ top pick in the NFL draft last year. Monte Kiffin, Lane’s father, also joined the Owls defensive staff. He led the Tampa Bay Buccaneers defense in the early 2000s that won Super Bowl XXXVII.

If you put Kiffin’s staff on the right team in the ACC or SEC, it would go to the national championship playoffs. These personnel moves show that football’s brightest minds want to hitch a ride on the Lane Train.

These guys joined Kiffin because they know FAU is the first stepping stone on his return to a big-league program. UM head coach Mark Richt better keep an eye on his rival 51 miles north of Coral Gables. If Richt doesn’t win an ACC title, don’t be surprised to see Kiffin replace him.