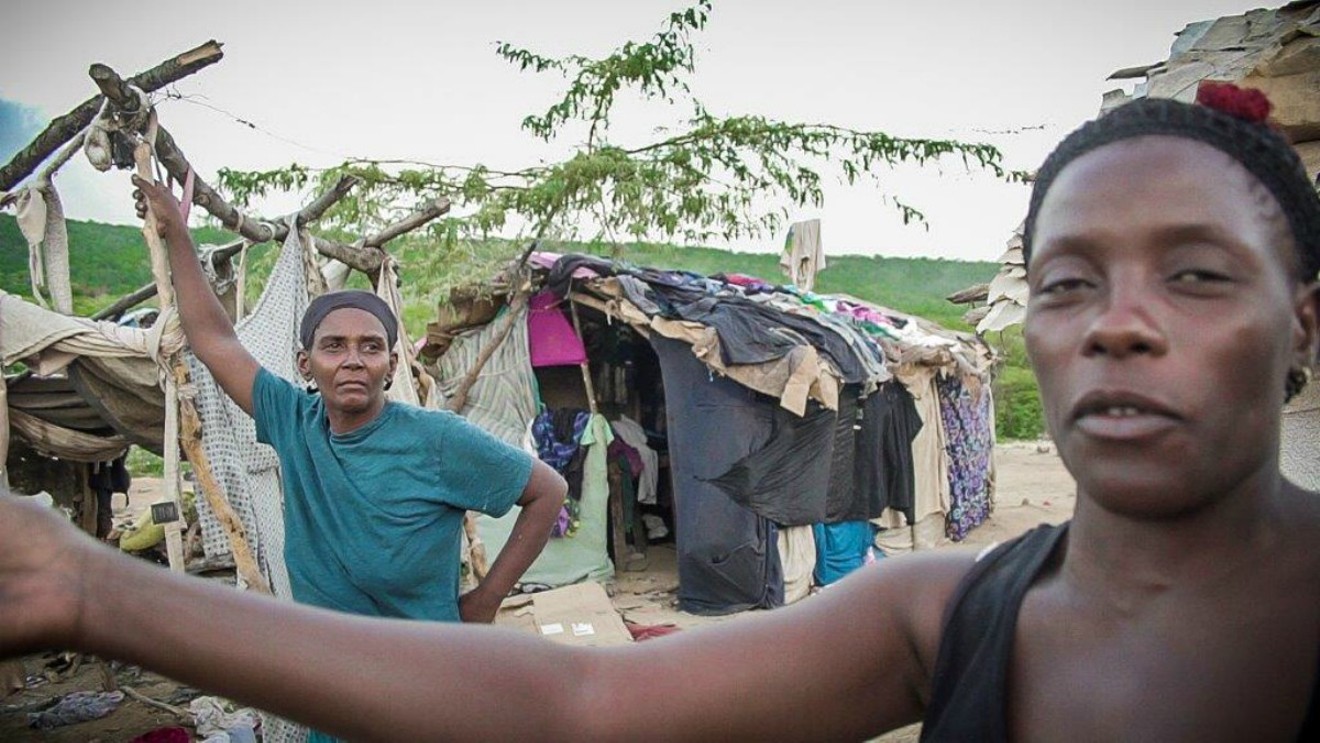 Photo taken during Fanm Ayisyen's "fact-finding" mission to Haiti this past August. Courtesy of Marleine Bastien/Fanm Ayisyen
For seven years, thousands of Haitians in Miami have dodged deportation under federal temporary protected status, which offers humanitarian refuge for people whose homelands are wracked by disaster, but many in the Haitian community worry their luck will soon run out. In May, the feds announced that temporary protected status (TPS) for up to 24,000 local Haitians would end in early 2018.

Now Miami-Dade commissioners are asking the Department of Homeland Security to reconsider. With DHS set to decide whether to extend or terminate Haiti's TPS by November 23, commissioners adopted a resolution last week formally asking President Donald Trump and the DHS to extend Haiti's TPS for another 18 months.

"Thousands of Haitian TPS recipients have been living in the U.S. for an average of seven to 25 years, says Marleine Bastien, director of Fanm Ayisyen, a Miami-based immigration rights group. "To deport them and force them to leave behind their U.S.-born children will be a catastrophe of great magnitude."

In 2010, a devastating 7.0-magnitude earthquake struck Haiti's capital, Port-au-Prince — a disaster that was soon followed by 52 deadly aftershocks. About 160,000 people died, and 2 million were left homeless. In response, the United States issued Haiti its first TPS designation.

But the island nation continued to suffer from overwhelming economic and political strife, long droughts, and outbreaks of cholera, Zika, and Chikungunya. Then, five years after the quake, Hurricane Matthew devastated the country's southern peninsula, killing a thousand people, flooding miles of crops, and destroying the country's infrastructure. At least 1.4 million Haitians were left in need of emergency relief.

As crisis after crisis hit the island, 58,000 Haitian nationals found refuge in the States under TPS. According to a recent census, half of them reside in metro Miami. Furthermore, the census shows that 10,600 children raised in Miami by Haitian TPS recipients were U.S.-born.

"Many Haitians have real, deep roots in this country," Bastien says. "It will be grossly unfair to ask them to pack up their bags, sell their homes, close their businesses, [and] fire thousands of employees, just to go back to a country whose entire infrastructure is completely destroyed."

Even so, this past May, the DHS elected to let Haitian TPS run out in January 2018. Conditions in Haiti had improved enough for them to return, the feds argued. However, Bastien says this assumption is simply not true, especially after this past September, when Hurricane Irma destroyed Haiti's northern end, where the majority of the country's agriculture was transferred after Hurricane Matthew.

Since 2013, Haitian women have been living in Anse-à-Pitresat, near the border with Santo Domingo.
Courtesy of Marleine Bastien/Fanm Ayisyen
Michael Deibert, journalist and author of the book Haiti Will Not Perish: A Recent History, agrees with Bastien, though he says the root of Haiti's issues stems from the country's ongoing political strife.

"There is a pervasive tradition of impunity by various political parties, and despite multiple interventions, that tradition hasn't changed at all," says Deibert, who will discuss his book this Saturday at 7 p.m. at Books & Books in Coral Gables. During his reporting, he found that many Haitian politicians had committed crimes, disappeared temporarily, and often returned to join other political currents without facing charges.

"There is a strong argument to be made for the TPS to be extended — and it should be — on humanitarian grounds, but it's still 'temporary,'" he says. "It's just a Band-Aid, another gesture, that keeps the international community from confronting the day-to-day, systemic problems within Haiti itself, in which it is often complicit."

To assess the current state of Haiti for herself, Bastien recently visited on a "fact-finding" mission. She found an ongoing food crisis of massive proportions on both the north and south ends of the country, which has faced further instability as the neighboring Dominican Republic has tried to deport tens of thousands of its residents with Haitian heritage — even those who have never lived outside the DR.

"Haiti can't help its people," she says. "Your heart will bleed to see these people still living in makeshift tents at the [Dominican Republic-Haitian] border."

If the TPS extension is denied, Bastien fears that Miami's Haitians will either return to a country plagued by famine or find alternative ways to evade deportation.

Earlier this summer, thousands of Haitian TPS recipients illegally fled the United States to Canada after being misled by fake Facebook posts and WhatsApp messages that falsely claimed Canada was welcoming Haitian immigrants, with or without TPS.

"It doesn’t help us to have people go underground to avoid deportation," says Miami-Dade Commissioner Daniella Levine Cava, who cosponsored the county's resolution. Though the commission requested an extension of only 18 months, Levine Cava says she hopes Haiti's TPS will be renewed for as long as it's necessary.

"Ideally, the TPS is a stopgap measure on the path to having comprehensive immigration reform," she says.

As Trump rages against immigrants and threatens to deport millions under other legal stopgaps such as DACA, some activists wonder whether petitioning the federal government is worth the effort. But Miami-Dade commissioners say his administration has good reason to support a TPS extension for Haitians. After all, just a year ago, Trump visited Little Haiti on the campaign trail, acknowledging the suffering of Haiti's people after the 2010 earthquake and promising to be the community's "greatest champion" if he won.

Nonetheless, many Miamians are skeptical of the government's commitment to helping the nation's Haitian people. Bastien has made several calls to Mayor Carlos Gimenez, Sen. Marco Rubio, and Sen. Bill Nelson, demanding they "pick up the phone" and appeal to the president directly.

"The local government's support doesn't have the weight of the law, but their moral support adds to the global campaign to help Haitians living in the United States," she says. "We are at a point where letters are not enough."