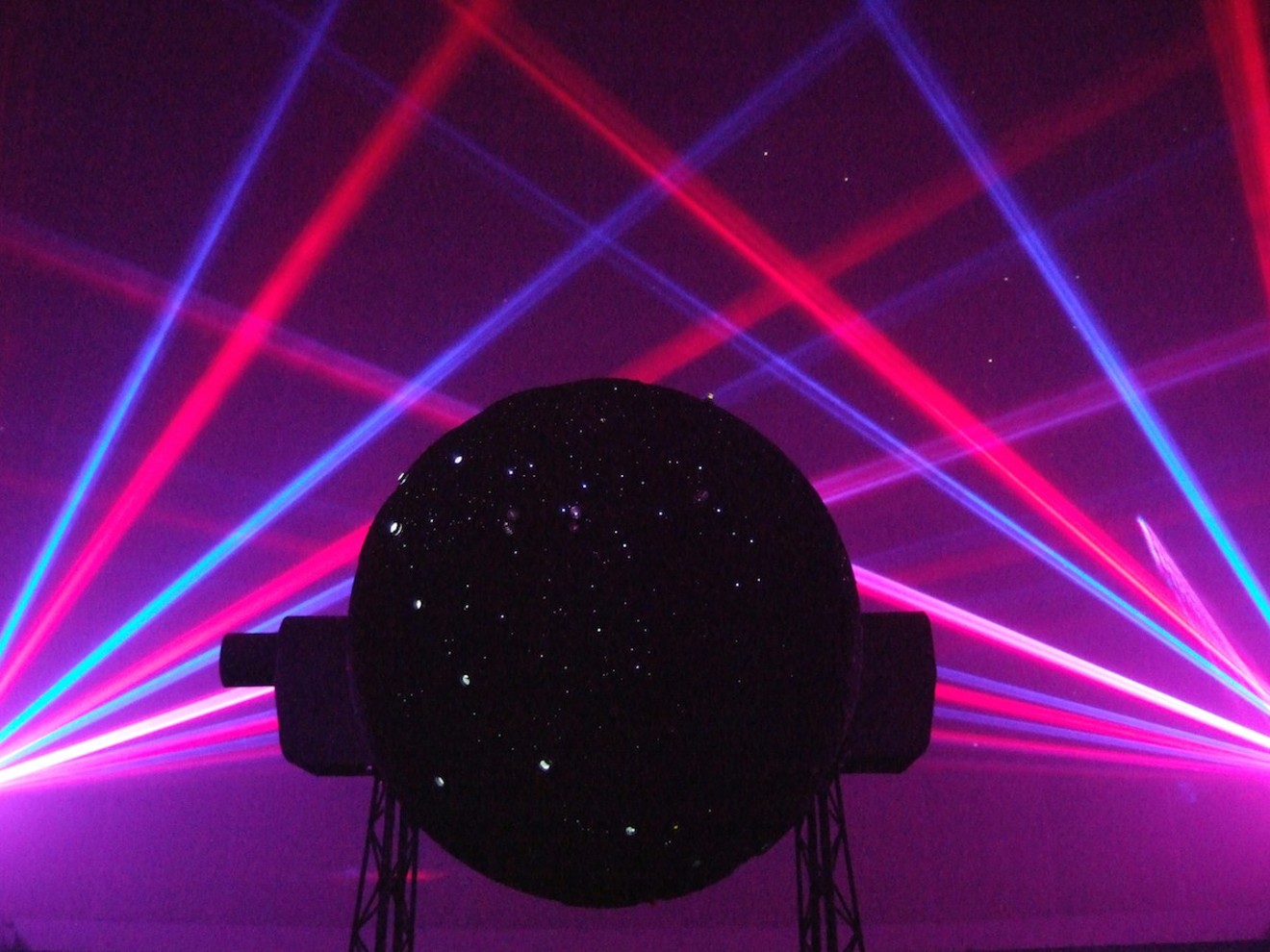 The laser light shows at the science museum's old location were an integral part of Miami life. Photo courtesy of Frost Science
For decades, the laser light show at the Miami Science Museum’s Coconut Grove location was a beloved attraction among locals. Tens of thousands of (not always sober) Miamians spent countless hours staring at the planetarium’s ceiling and taking a journey across space and time while Pink Floyd’s Dark Side of the Moon played.

That show ended in 2015 when the museum began its move to downtown and its rebranding as the Phillip and Patricia Frost Museum of Science. And now the circle of life continues. The new location will carry on with the laser show, the museum confirms. Frost Science public relations manager Paola Villanueva Ortega tells New Times that a new laser light show will debut June 2.

So what can you expect at the museum's new, $305 million home next to PAMM? The laser show will happen inside a dome that's tilted forward 23.5 degrees, a design that fills your line of sight with imagery. The effect, according to the museum, is that it'll seem like you're flying through the laser lights. (There's no word yet whether Pink Floyd music will be used in the latest incarnation.)

“We are really excited about our new and diverse laser programming,” says Jorge Perez-Gallego, Frost Science's curator of astronomy and exhibition developer.

The laser show is just one of the eye-popping attractions at the museum, which also boasts a massive shark tank and a 250-seat 3D planetarium that's one of only 13 in the world with 8K definition.

But Frost Sciene has had a rocky road to finally finishing construction. Last year, construction stopped and Frost administrators had to ask the county — which had already chipped in $165 million in taxpayer money — for a bailout because of cost overruns and slow fundraising. The county eventually agreed, but the museum's entire board of directors was dismissed in the aftermath.

Tickets to the first laser light show will be available on the museum’s website in mid-May, and admission tickets are already on sale for the May 8 grand opening of Frost Science.