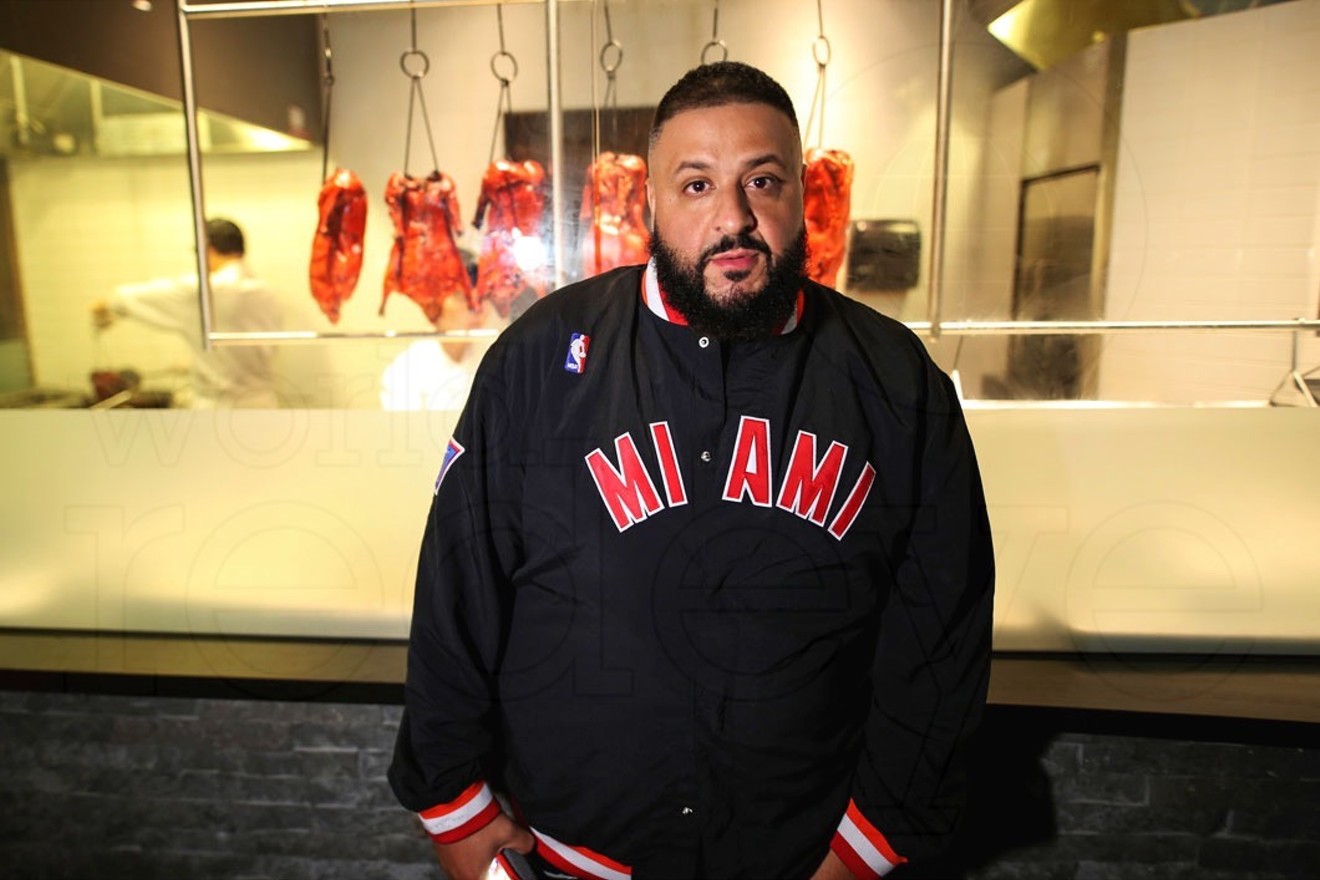 DJ Khaled World Red Eye
DJ Khaled can't catch a break lately. First the shady cryptocurrency he endorsed last year was revealed to be a scam. Now he's catching flak for statements he made in 2014.

In an interview with the radio show The Breakfast Club, during a larger conversation about sexual experiences, Khaled took things way back to the 1950s with this nugget of wisdom:

Of course, what he said next really ought to make him fish food for the Twitter sharks. Cohost Angela Yee inquired as to whether he "goes down" on his partner, and his response was unequivocal: "Nah. Never."

You heard it here, ladies and gentlemen: DJ Khaled does not eat pussy.

Look, we're not here to judge Mr. Khaled for his preferences in the boudoir. We will judge him, however, for the patriarchal nonsense he spouted, absentmindedly, casually supporting traditional, restrictive gender roles. "A woman should praise the man." What a load of crap.

"I'm convinced he has the mind of a teenage boy," said the Twitter user who posted the clip this morning, which prompted a tweetstorm of responses.


Now it makes sense why DJ Khaled’s wife is always mean to him.

At the very least she should divorce him for embarrassing her by telling people how lonely her clit has been for decades https://t.co/CgG16k0ygl

A King who doesn't is no King at all. https://t.co/Jg1GAlfIjI

remember when everyone was acting like DJ Khaled was they life coach, imagine taking life advice from a straight man who doesn’t eat pussy

— claudia choUnfortunately, this kind of sexism is somewhat endemic to South Florida rap, and it manifests itself in various ways. Rick Ross has always been a magnet for misogynistic statements, from the lyric about drugging a woman that lost him a Reebok sponsorship to his own Breakfast Club controversy last year where he said he wouldn't sign women to his label. The situation seems to be worsening in the new school of rappers. Kodak Black was indicted by a South Carolina grand jury for rape, while XXXTentacion is awaiting trial for a slew of domestic abuse charges and was recently seen on video hitting a woman.

As for Khaled, there's a chance he has changed his ways since 2014. After all, he's become a father since then. Here's the full interview so you can judge for yourself.