Courtesy of EXILE Books
Some South Floridians will make the 1,000-mile trip to Washington, D.C., to join the Women’s March on Washington January 21. Others will show up at Bayfront Park for Miami’s solidarity rally (possibly spending just as much time in traffic as if they'd hopped a plane to the nation's capital).

Exile Books, a pop-up artists' bookstore that travels around Miami with free workshops and events, will host back-to-back events to gather the community and create multilingual posters and banners that will represent them and be distributed for free at the march in Washington, D.C. Exile’s founder, Amanda Keeley, believes “we all benefit from being more active, and a meaningful place to start is at a local level.” That's why she partnered with local artists such as Cara Despain, Cristina Favretto, Elia Khalaf, Martha Raoli, Sarah Michelle Rupert, Ingrid Schindall, Michelle Weinberg, Agustina Woodgate, and Antonia Wright to support the events.

“My intention is to provide an outlet that will allow our community to express itself. Women's rights is a great platform to begin with,” Keeley says. 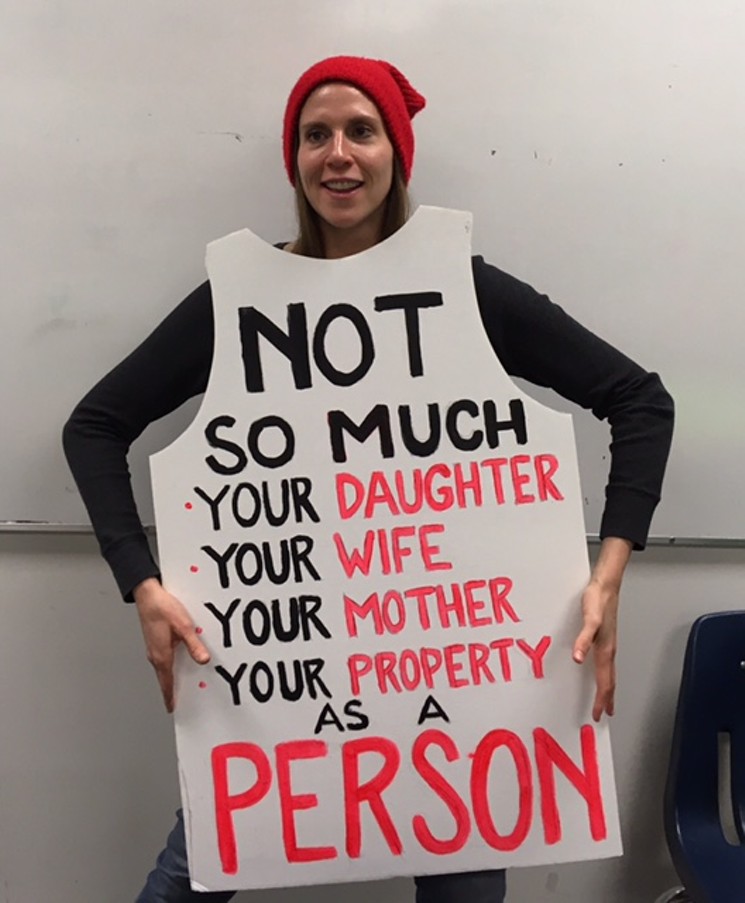 Courtesy of EXILE Books
Signs and banners have been used to construct a protest’s narrative far before Instagram was a thing. From the black-and-white images of decades ago, all the way to the viral GIFs of today, protest posters, with their highlighted words, phrases, and images, set the discourse of a demonstration.

Spokespeople for the Women’s March on Washington deny that the event is a protest; rather, they call it a uniting of women and allies that's not so much against Trump as against certain legislation and policies his administration might try to enact. Organizers expect more than 600,000 women to attend, the largest mobilization against a presidential inauguration by the hundreds of thousands. About 20,000 of these women are from Florida, and various city-specific solidarity marches across the world are joining in for those who can’t make it to D.C.

That's a lot of people who need signs. 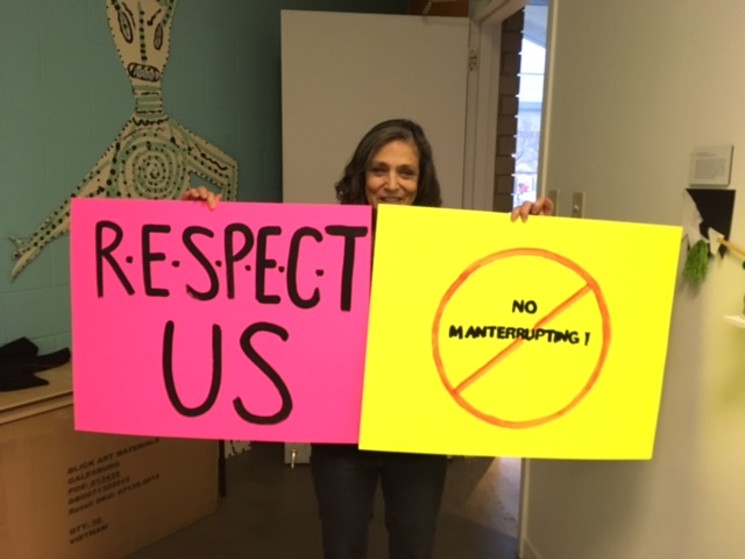 Courtesy of EXILE Books
Women's March on Washington Poster-Making Sessions
The Stand Up! Warm Up Poster Making Session will be held January 9 at 5 p.m. at Boxelder, 2825 NW Second Ave., Miami, and January 11 at 6 p.m. at the Standard Hotel, 40 Island Ave, Miami Beach. Admission is free. Both events will also offer information about local advocacy groups such as Planned Parenthood, Lotus House, and the Melissa Institute. RSVP to [email protected].