Five Miami Sub Shops That Are Better Than Publix 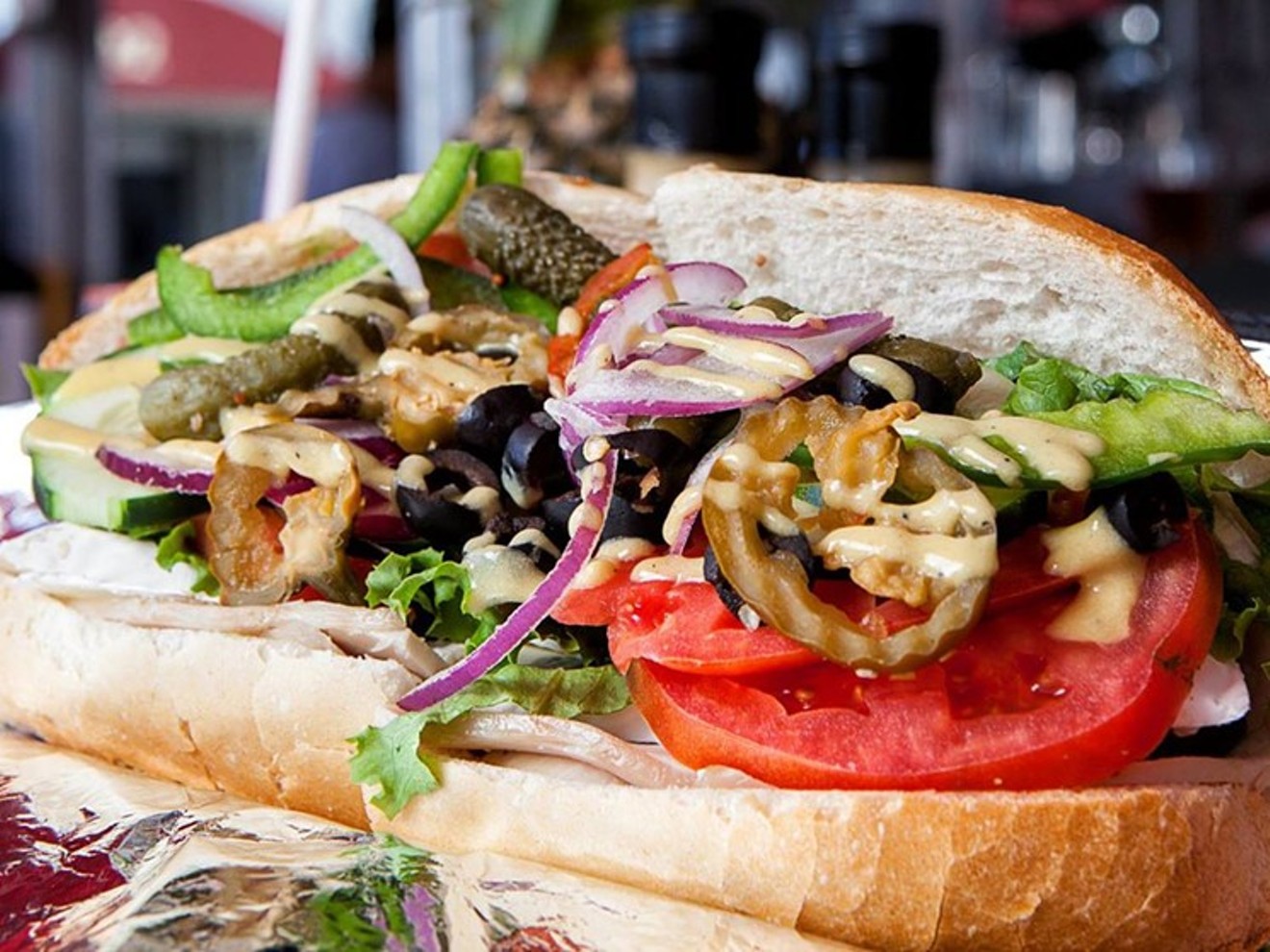 Miami's favorite. Courtesy of La Sandwicherie
Florida's infatuation with and allegiance to Publix subs might be the weirdest crinkle of a state often maligned for its unbelievable criminals, corruption, and high jinks. As New Times and other outlets have written again and again and again, one of the largest employee-owned companies in the nation seems to have little regard for both those employees and the communities in which it operates. It's refused to join a program guaranteeing farmworkers better wages and protections from sexual harassment, has been cited as a dangerous place for LGTBQ employees, and has long fought local minimum-wage increases and environmental protections. Recently, it was reported that heirs to the Publix fortune have given max donations to Donald Trump's reelection campaign.

That blindness carries over to the sub counter and its patrons. Sure, employees will serve industry-standard Boar's Head meat if you ask, but it's nestled inside bread that's too airy and bland. While Publix workers across the rest of the state are mighty friendly, those in Miami-Dade display a disinterest that often hinders them from smiling, making eye contact, or moving at anything faster than a glacial pace. Let's not even discuss the chicken tender sandwich, which even with reheated tenders is an uncomfortable textural experience.

Your two options are to hate the haters or to find someplace better. Luckily, Miami-Dade is filled with reliable, locally owned sub shops that will help you cast off the reins of our corporate overlords.

271 Alhambra Cir., Coral Gables
305-444-0504
gustofinocaffe.com
So many Italian places are strewn across town it’s amazing it took so long for a proper one like Antonio Vecchio’s spot to pop up. Going strong for more than a decade, Gusto Fino is a regular haunt for cops, Gables office types, and everyone else in need of on-the-go nourishment. Vegetarians can rely on the eggplant fresh ($8.95), with grilled eggplant, roasted red pepper, provolone, greens, and pesto. Carnivores can’t resist the Italian job ($9.95) and its pile of Genoa salami, Parma prosciutto, and provolone. Vecchio is also on hand taking phone orders and encouraging you to suggest your own creation.

10521 SW 109th Ct., Miami
305-595-8385
This three-decade-old Kendall spot was spun out of Super Subs and specializes in that shop's fairly priced, overstuffed cold-cut and hot sandwiches that could power anyone through any day. Hungry Bear, located across the street from Miami Dade College’s Kendall campus, is often filled with students and South Daders in the know, who pack in for Buffalo chicken ($9.45), grilled honey mustard turkey ($9.95), fajita steak ($9.95), meatballs and provolone ($8.75), and the hulking cold-cut bomb ($9.45).

229 14th St., Miami Beach
305-532-8934
lasandwicherie.com
South Beach's famed 22-hour-a-day sandwich spot, which performs at well at lunch as it does in the middle of the night for drunken revelers, is in the midst of a hefty expansion. Work is underway at La Sandwicherie locations in Wynwood and North Beach, and owner Franz Leforestier, who purchased the legendary shop in 2015, is eyeing further expansion, to Coral Gables and possibly Orlando. We won't tell you what to order here, but a few pieces of advice: Go for the French roll over the croissant, always. Ask for extra cornichons and vinaigrette — in fact, grab a bottle of it to go.

Super Subs Etc. is there for you even at breakfast. Can Publix say that?
Burger Beast

6380 Bird Rd., Miami
305-665-0990
This Bird Road spot came to Miami by way of Boston via Homestead. It was opened by Roseann Affolter's parents, Anne Blake and Charles DiBlasi, who retired to Miami in 1977 and set up shop near Homestead Air Force Base. When Hurricane Andrew leveled Super Subs in 1992, Roseann and her husband Craig took over and moved the shop to its current home. Every day, as the noon hour creeps up, the place fills to the brim with police officers, firefighters, construction workers, and office types in the know. They pile in for hot sandwiches — courtesy of Craig, who says little but grills a lot — such as cheesesteaks ($8.29/$9.29), chicken subs ($8.29/$9.29), and triple burger subs ($6.29/$7.29), if you're in the mood to just go back to the office and take a nap.

159 E. Flagler St., Miami
786-558-5989
vinaigrettesubs.com
Inside the historic Alfred I. duPont Building in downtown, Danny Serfer's new spot is Miami's latest entrant into the sub game. Because of Serfer's reputation thanks to his gussied-up diner, Blue Collar; and fancy seafood spot, Mignonette, his Vinaigrette Sub Shop is sure to be crawling with Instagram-obsessed food enthusiasts. But don't let that deter you. The place's signature is the Calabrian-chili-flecked house dressing Serfer has been perfecting for years. It goes best on a curt list of Italian specialties that pack combinations such as Calabrian salami, scamorza cheese, pickled peppers, lettuce, and mayo, or prosciutto, mortadella, Calabrian salami, soppressata, truffled pecorino, lettuce, and mayo, onto crusty sesame rolls.
KEEP MIAMI NEW TIMES FREE... Since we started Miami New Times, it has been defined as the free, independent voice of Miami, and we'd like to keep it that way. With local media under siege, it's more important than ever for us to rally support behind funding our local journalism. You can help by participating in our "I Support" program, allowing us to keep offering readers access to our incisive coverage of local news, food and culture with no paywalls.
Make a one-time donation today for as little as $1.