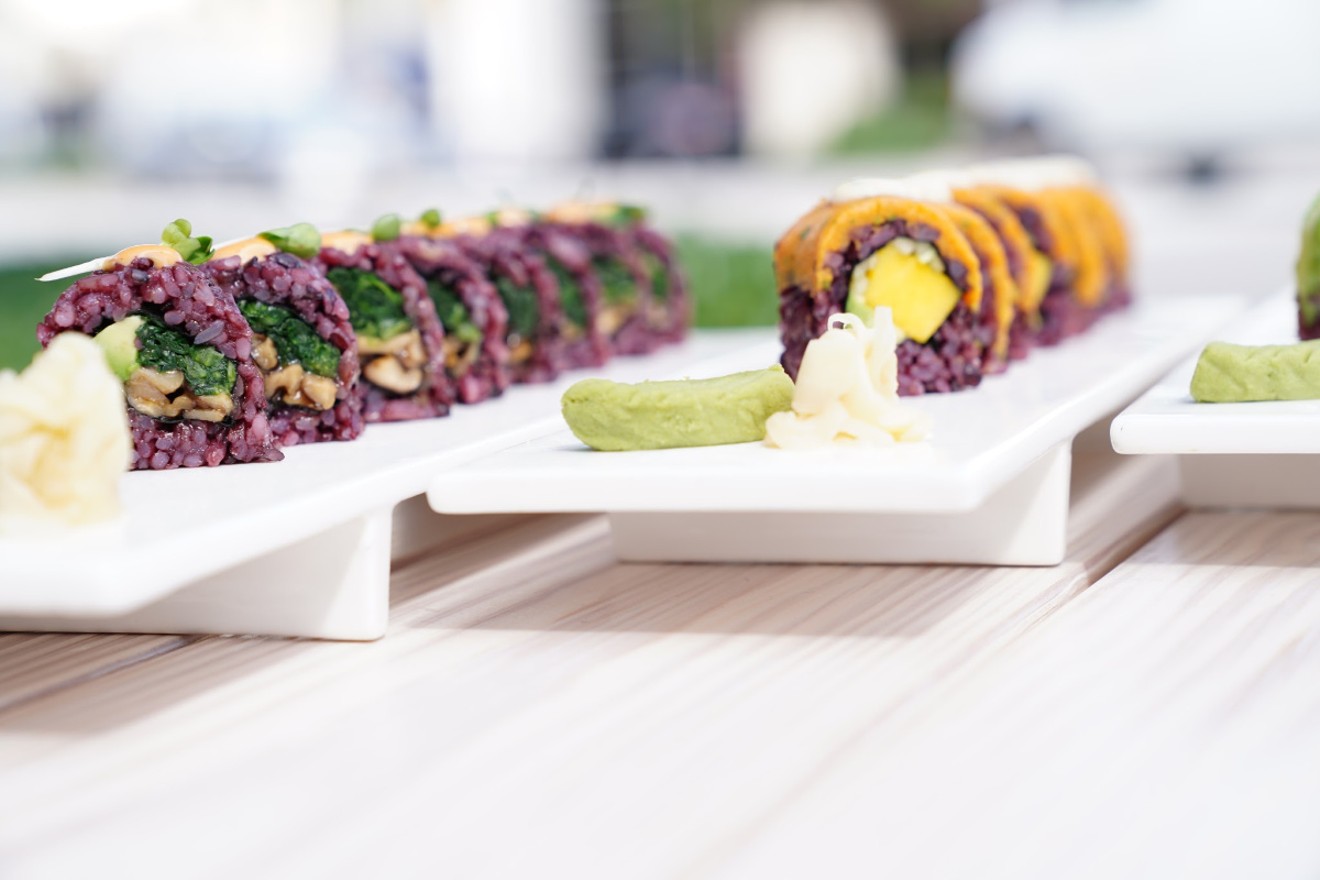 Sushi Maki's new kenko rolls. Courtesy of Sushi Maki
Who says sushi has to include fish? Not Sushi Maki. At least not anymore.

The South Florida-based chain has officially released three vegan, dairy-free, gluten-free rolls — dubbed "kenko" (which means "health" in Japanese) rolls — including the 24 Carrot, the Sweet Tato, and the Mighty Shroom. 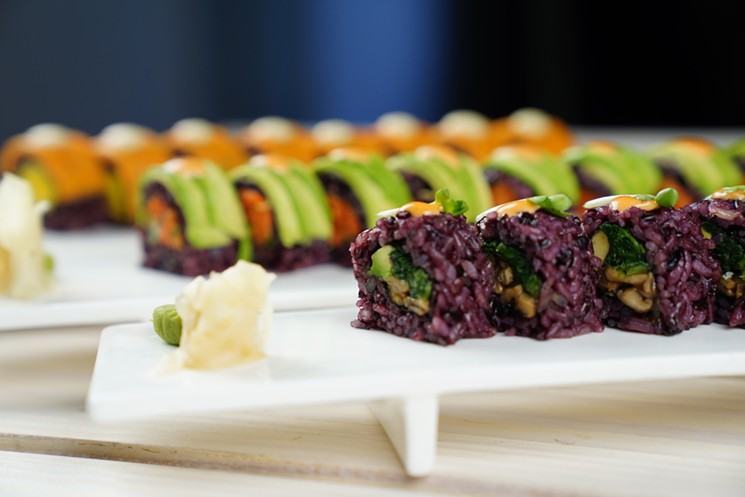 Courtesy of Sushi Maki
"All of them feature our special multigrain purple rice, which is a combination of four types of rice, including brown, mahogany, and black, also known as forbidden rice," Sushi Maki's founder and CEO, Abe Ng, says. "It has a beautiful deep-purple color and is high in antioxidants. It’s like eating a handful of blueberries."

As far as how the plant-based rolls were developed, Sushi Maki's culinary team was inspired in part by national and local sushi spots, including Planta South Beach and Beyond Sushi (a New York-based all-vegan sushi chain recently featured on Shark Tank).

The rolls were first launched at the Coconut Grove location April 15 and are now available at the other Sushi Maki restaurants in Coral Gables, South Miami, Palmetto Bay, and Kendall.

They're also available at the Sushi Maki inside Whole Foods South Beach and will hit the chain's other Whole Foods locations within the next two weeks. 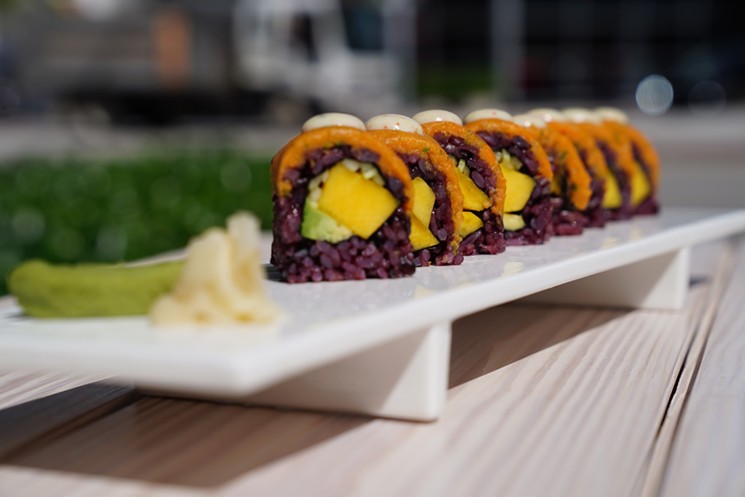 Courtesy of Sushi Maki
"Healthy eating is a trend that just keeps getting stronger and isn’t going away anytime soon," Ng says. "Our loyal guests have been asking for vegan and gluten-free options, and we wanted to give them what they’re asking for. Additionally, many of our own team members, including myself, are personally pursuing plant-strong eating. Sushi Maki is about spreading goodness, and we developed these recipes to provide delicious, healthy, plant-strong options."

Ever since the rolls were rolled out, they've been popular with guests, Ng reports.

"What people tell us again and again is that our rolls don’t taste the way they expected a vegan roll to taste," he says. "The kenko rolls have a rich and luxurious texture, with surprising flavors. It’s a lot more than crunching on veggies. Our guests are really loving vegan culinary options that are just as delicious and inspired as anything else on the menu."

Sushi Maki. Multiple locations; sushimaki.com.
KEEP MIAMI NEW TIMES FREE... Since we started Miami New Times, it has been defined as the free, independent voice of Miami, and we'd like to keep it that way. With local media under siege, it's more important than ever for us to rally support behind funding our local journalism. You can help by participating in our "I Support" program, allowing us to keep offering readers access to our incisive coverage of local news, food and culture with no paywalls.
Make a one-time donation today for as little as $1.
Hannah Sentenac covers veg food, drink, pop culture, travel, and animal advocacy issues. She is also editor-in-chief of LatestVeganNews.com.
Contact: Hannah Sentenac
Follow:
Twitter: @hannahgetshappy