Knaus Berry Farm Will Close for the Season in April: Here's How to Get Your Cinnamon Rolls Now 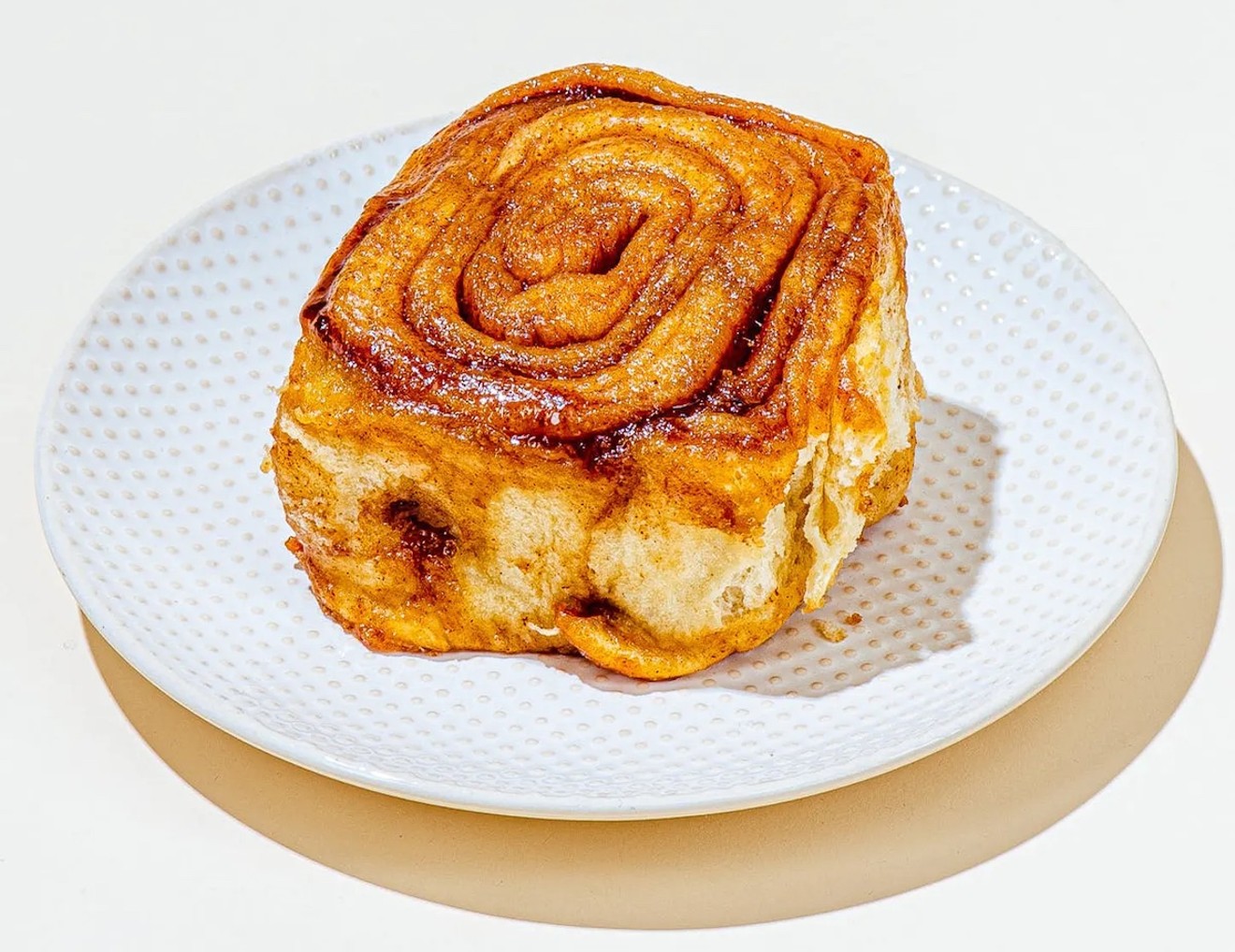 Although Knaus Berry Farm has announced its official "closing" date of Saturday, April 16, there's no need to rush to the farm for the last taste of the season, partner and bakery manager Thomas Blocher tells New Times.

The farmstand, which still accepts cash only and isn't open on Sundays, has many old-school ways. But it has modernized and expanded options for customers to secure its cinnamon rolls.

Now, any time you have a hankering for Knaus Berry Farm's cinnamon rolls, you can shell out $65 for a delivery of two dozen using Goldbelly, the curated online marketplace that peddles regional artisanal food items across the United States.

For three years now, the Homestead farm has partnered with a national online marketplace to get its product delivered straight to your door. Blocher began using Goldbelly when shipping the dozens of mail orders a day became an overwhelming task.

"We first started shipping several years ago, when people who'd moved out of Miami missed having them. Goldbelly contacted us and suggested they take over the shipping, and it's been so much easier," says Blocher, who does most of the baking and packaging. "With that exposure, we've picked up customers that buy them as gifts, or just want to try them. We've seen orders go out to every state, from Hawaii and Alaska to New York and California."

No more than 55 orders are packed and shipped per day, with online ordering beginning after the holiday season in January and ending when Knaus closes for the summer months. Goldbelly orders are shipped via UPS on Monday, Tuesday, and Wednesday; orders must be placed by 5 p.m. the day prior.

While all cinnamon roll orders are baked and shipped the same day, Blocher emphasizes that when demand is high, orders can take several days to process — but rest assured your rolls will always be fresh.

GoPuff, the virtual app that brings convenience-store items to your door, also delivers Knaus Berry Farm cinnamon rolls. The app delivers a six-pack of rolls ($11) to many areas in both Miami-Dade and Fort Lauderdale, for a delivery fee of around $2.

Guests who want to join in on the preview weekend may visit the pick-up site and place an order. Orders must be placed the day prior to pickup, and the menu will be updated at 8 p.m. each day through the weekend. The Salty x Knaus Berry Farm duo will officially launch in Miami and Orlando stores on Monday, March 28, and remain available through Sunday, April 3. Availability includes walk-in orders, online preorders, and delivery platforms. Place an order for pickup via thesaltydonut.square.site.

Whether you're planning a trip to the farm or ordering your cinnamon rolls for delivery, remember the April 16 deadline.

Blocher says the cinnamon rolls freeze remarkably well and shares some helpful tips for reheating: Whether you're using an oven or microwave, warm your cinnamon rolls slowly.

"We tell customers: You don't want to heat them fast or use high heat. Gentle and slow is the way to go. It won't be the same as fresh from our ovens, but it's the only thing that will satisfy the craving during our off-season."

Knaus Berry Farm. 15980 SW 248th St., Homestead; 305-247-0668; knausberryfarm.com. 8:30 a.m. to 5:30 p.m. Monday through Saturday, through April 16. Cash only.
KEEP MIAMI NEW TIMES FREE... Since we started Miami New Times, it has been defined as the free, independent voice of Miami, and we'd like to keep it that way. With local media under siege, it's more important than ever for us to rally support behind funding our local journalism. You can help by participating in our "I Support" program, allowing us to keep offering readers access to our incisive coverage of local news, food and culture with no paywalls.
Make a one-time donation today for as little as $1.