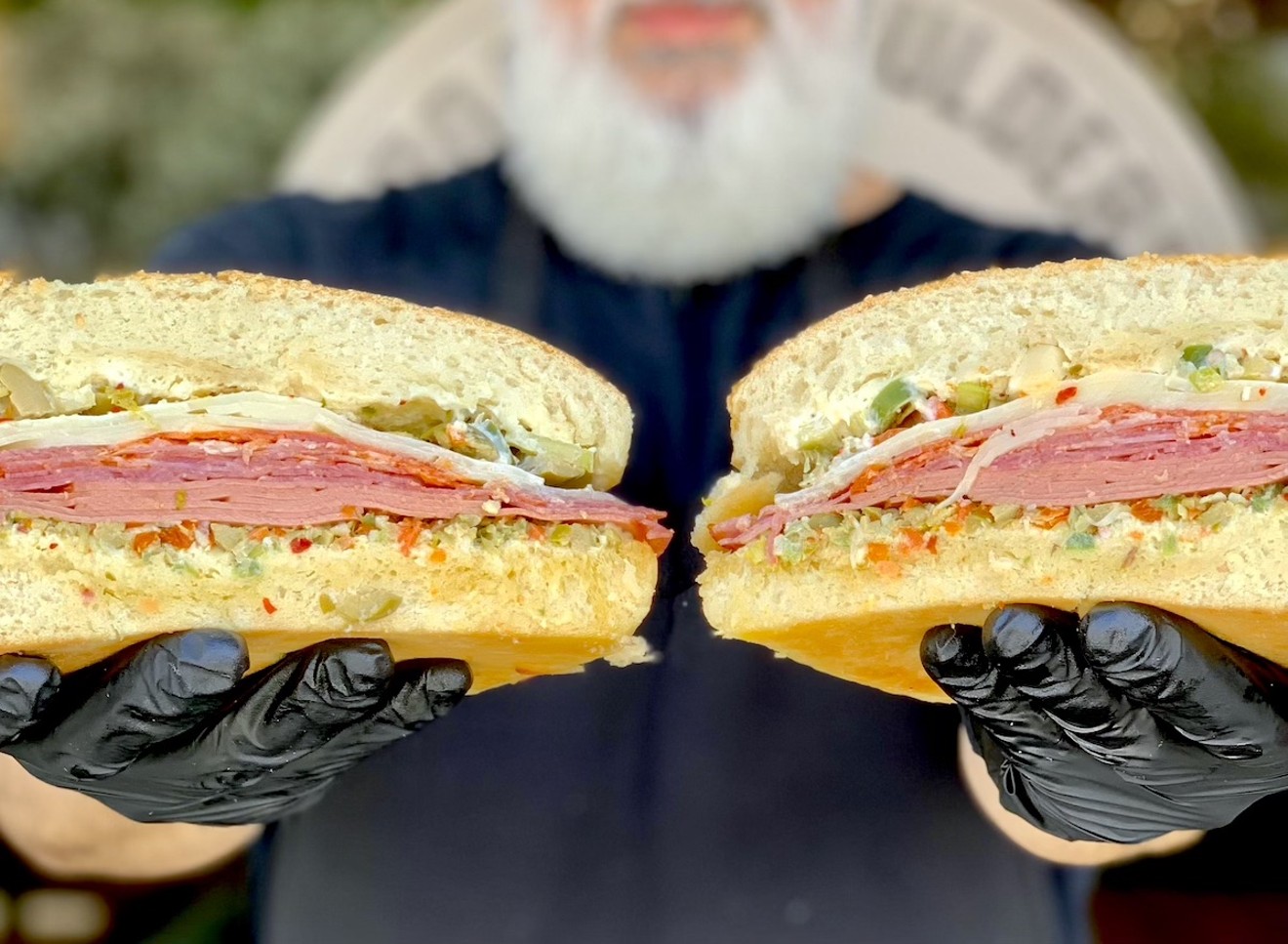 A trip to Broward County will deliver a taste of the Windy City's best sandwiches — along with a few Southern-inspired surprises — minus a much longer trip.

Named for one of Chicago's many nicknames, the Broad Shoulders menu pays homage to chef/owner Tom Azar's favorite dishes, as well as several iconic dishes the chef says he learned to perfect during his time cooking under celebrity chef and restaurateur Emeril Lagasse.

Azar tells New Times he'll never forget the day he received a call from Lagasse to discuss a position at his then-forthcoming restaurant, Nola.

"I was still in culinary school at the time, and the owner at the restaurant I was cooking at knew Emeril and that he was opening his second restaurant," says Azar, who spent more than 15 years working his way up the ranks — and across several cities — for several Emeril-founded establishments. "When he offered to bring me to New Orleans and give me a start, it was a dream come true."

The new stint would be the start of a rewarding career for Azar, who, two years later, was moved to Lagasse's flagship restaurant. It was here he learned the secrets behind many of the chef's most lauded dishes, many of which are hinted at on his Broad Shoulders menu.

In 1998, Azar was appointed sous chef at Emeril's Orlando, quickly earning the title of executive sous chef before being appointed chef de cuisine at Emeril's Miami Beach, which today stands as one of the Magic City's first celebrity chef-helmed restaurants.

When the restaurant closed in 2011, Azar continued his career across several fine dining outlets, from country and yacht clubs to private chef stints, all the while dreaming of his own restaurant.

"I loved the work, but after a few years, I was ready for something different," admits Azar. "Something where I could still be creative and be able to implement from-scratch fare in a more casual setting."

While searching the East Coast of Florida for the perfect location, Azar and his wife, Cheryl, fell in love with a quaint space off Commercial Boulevard in Fort Lauderdale. In February, they opened Broad Shoulders Sandwiches, a restaurant peddling Azar's take on classic, gourmet-style sandwiches.

Today, the full-service deli offers a fast-casual style experience where you can enjoy Azar's sandwiches and soups, which arrive hot and freshly prepared from the kitchen, prepared the man himself. The menu presents a signature lineup of ten sandwiches, a variety of classic offerings that range from a Florida-approved mahi to Azar's take on the perfect burger.

As you'd expect, everything is made from scratch, says the chef, from the sauerkraut, thousand island dressing, and corned beef that makes up the house Reuben to the house-pickled giardiniera and Italian-seasoned roast beef that adorns the Italian beef sandwich.

While several sandwiches have made Broad Shoulders' all-time hit list — including its take on the traditional Cuban sandwich and the Cajun-inspired spicy fried chicken sandwich — you'd be hard-pressed to find a better version of Azar's Chicago-style beef sandwich in South Florida.

House-roasted, Italian-seasoned roast beef is shaved thin, dipped in the chef's homemade a jus, and paired with house-pickled giardiniera and sweet peppers. All of this is stuffed into a buttered and griddled Italian roll — with the option to gussy it up with melted provolone cheese and Italian sausage.

Whatever you do, don't miss the chicken andouille gumbo, a recipe the chef perfected and tweaked during his time in New Orleans. The same goes for the shrimp po'boy and the muffuletta special he's running this week in honor of National Sandwich Month.

This month, you can also find some special one-off menu items, each created in honor of the restaurant's first time operating during National Sandwich Month. To celebrate, Azar continues to introduce a daily or weekly menu special throughout August — but hopes to keep the theme going long past summer.

"My goal is to continue being creative, offering classics and favorites as inspiration hits me," sums up Azar.

Broad Shoulders Sandwiches. 2822 E. Commercial Blvd., Fort Lauderdale; 754-779-7220; broadshoulderssandwiches.com.
KEEP MIAMI NEW TIMES FREE... Since we started Miami New Times, it has been defined as the free, independent voice of Miami, and we'd like to keep it that way. With local media under siege, it's more important than ever for us to rally support behind funding our local journalism. You can help by participating in our "I Support" program, allowing us to keep offering readers access to our incisive coverage of local news, food and culture with no paywalls.
Make a one-time donation today for as little as $1.